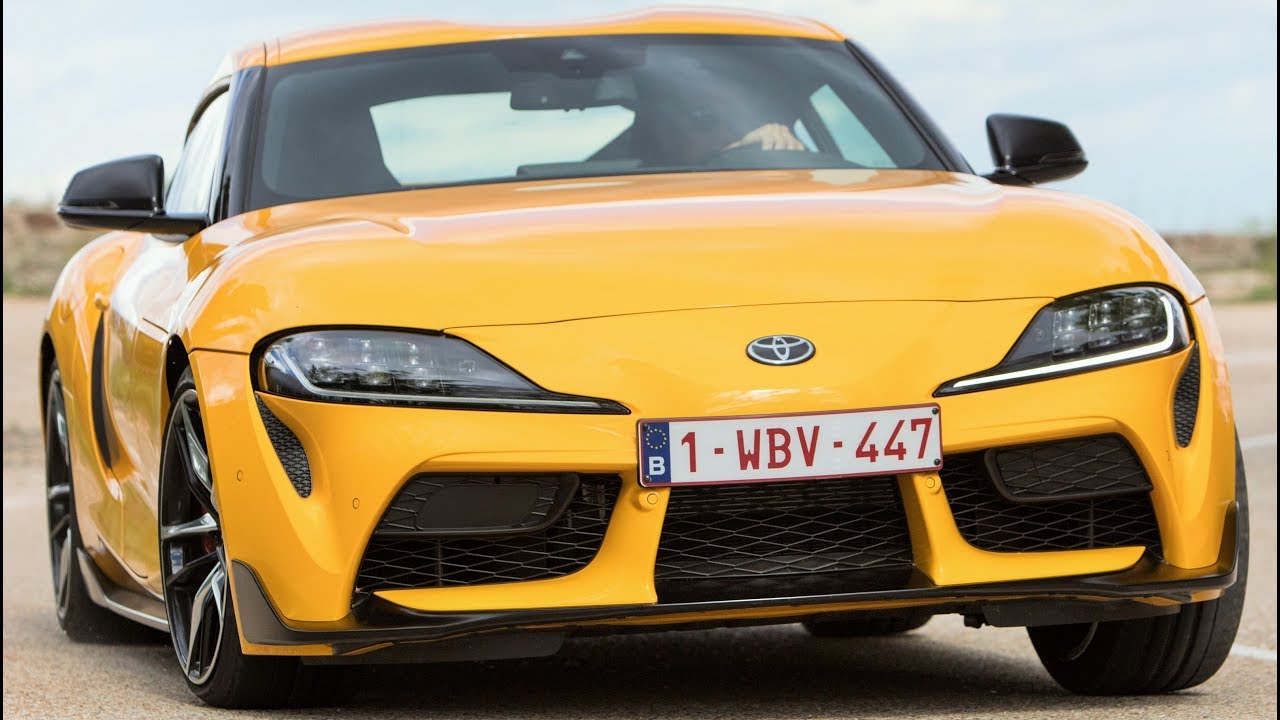 The performance heart of the new Toyota GR Supra is its 3.0-litre in-line six-cylinder engine, producing 340 DIN hp and 500 Nm of torque. It is fitted with a single twin-scroll turbocharger, high-precision direct fuel injection and continuously variable valve control that secure segment-leading torque performance from very low revs. The unit is powerful, well-balanced, smooth and free-revving, with an exhilarating acceleration feel and minimal vibration.

It makes use of a motor-actuated variable valve-timing system that gives precise control of the opening and closing of the intake and exhaust valves, in line with the driving conditions and driver’s inputs. The result is linear delivery of high torque at all engine speeds and high output at high rpm. Intake valve lift is controlled according to the driving situation, reducing pumping losses and realising high output.

The design of the twin-scroll turbocharger divides the path from the exhaust manifold to the turbine into two parts. This suppresses exhaust gas interference between the cylinders, allowing the turbine to operate from lower engine rpm and giving direct response to the driver’s use of the accelerator.

The engine is matched to an eight-speed automatic transmission that provides lightning-fast up and downshifts, with short ratios used for the lower gears. The driver can take control of gear changes using paddle shifts on the steering wheel; they can also select Normal or Sport driving modes to suit their preference and the conditions.

A Launch Control function enables powerful acceleration from standstill with maximum traction, helping the car move from rest to 100 km/h in just 4.3 seconds. Engine sound and response, shift pattern, damping, steering and active differential performance are adjusted when the driver selects Sport mode. The Vehicle Stability Control has a special, selectable “track” setting that reduces the level of system intervention, giving the driver greater control of the vehicle’s dynamic performance.

The Toyota GR Supra sold in Europe is fitted with an active differential that operates both when accelerating and decelerating and can seamlessly adjust from zero to full, 100% lock, with instant response.

A dedicated ECU monitors a wide range of inputs, including steering wheel, throttle and brake pressure, engine and wheel speed and yaw rate, for appropriate triggering of the actuator. The torque difference between the left and right wheels is controlled flexibly and seamlessly depending on the driving situation.

This delivers huge benefits in stability and efficiency when the tyres are reaching their performance limit. The effect is felt in all phases of cornering, with increased stability during the braking and cornering phases and then maximum grip as the driver accelerates out of the bend. Operation is adjusted when Sport mode is selected, to give more efficient cornering in high-speed driving, for example when using the Toyota GR Supra on a circuit.

A car’s wheelbase and track dimensions are the first thing to consider when starting the design process with a clean sheet of paper. Where the Toyota GR Supra is concerned, these were defined in order to prioritise the car’s agility and handling. The key calculation is the ratio between the wheelbase length and the track. It is widely recognised that the best balance of agility and stability is obtained with a ratio of between 1.5 and 1.6; achieving the 1.55 ‘golden ratio’ was thus the starting point for the Toyota GR Supra development team, the key building block on which everything else has been optimised.