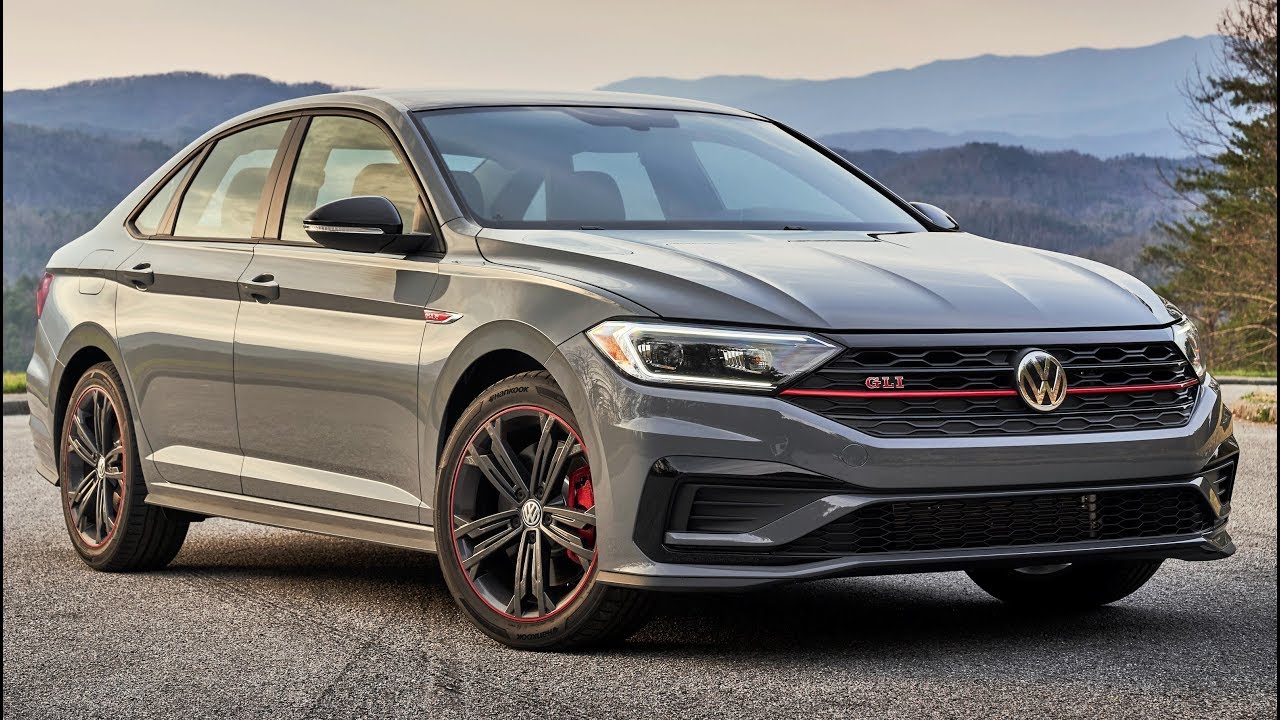 While the 2019 GLI features the MQB architecture, coupe-like profile and oversized grille of the redesigned Jetta, it adds sporty styling cues that hint at its beefed-up powertrain. Featuring a sport suspension, the GLI sits 0.6 inches lower than a regular Jetta, giving it a more planted look. Standard LED projector headlights with LED DRLs flank a black honeycomb grille with red accent line that harkens to the GTI. Golf R brakes, with red-painted calipers, stand out in the sleek 18-inch aluminum-alloy wheels that are exclusive to GLI. In the rear, standard LED taillights are joined by a spoiler and unique rear bumper with finned diffusor and dual chrome exhaust tips to give it a truly unique rear view. A 35th Anniversary model features unique black wheels with a red stripe, a black roof, black mirror caps, black tail spoiler, and 35th anniversary badging inside and out.

Inside, the GLI transforms the Jetta’s modern cabin with nods to the Volkswagen performance family. A black interior sets the stage for red accents to pop throughout—red stitching is used on the steering wheel, shifter, armrest and floormats. Comfort sport seats feature red stitching no matter the material; cloth seats on the S and 35th Anniversary Edition and leather on Autobahn models. Diamond flag décor trim reinforces the sporty nature of the car, as does the standard leather-wrapped sport multifunction steering wheel and available sport HMI display from the GTI. The 35th Anniversary model has unique seat tags, floormats, and sill kickplates.

The 2019 GLI is powered by Volkswagen’s 2.0-liter turbocharged and direct-injection EA888 TSI® engine, making 228 horsepower (achieved with premium fuel) and 258 pound-feet of torque, 18 more horsepower and 51 lb-ft more than the previous GLI. This engine, shared with GTI, features variable valve timing on the intake and exhaust sides, as well as variable exhaust valve lift.

The power is taken to the front wheels via a standard six-speed manual transmission, with an available seven- speed DSG® dual-clutch automatic transmission. Automatic transmission models come standard with a Start/Stop system designed to improve fuel efficiency. This technology stops the engine during idle when the brake pedal is held (such as when waiting at a stop light). When the brake pedal is released, the engine restarts.