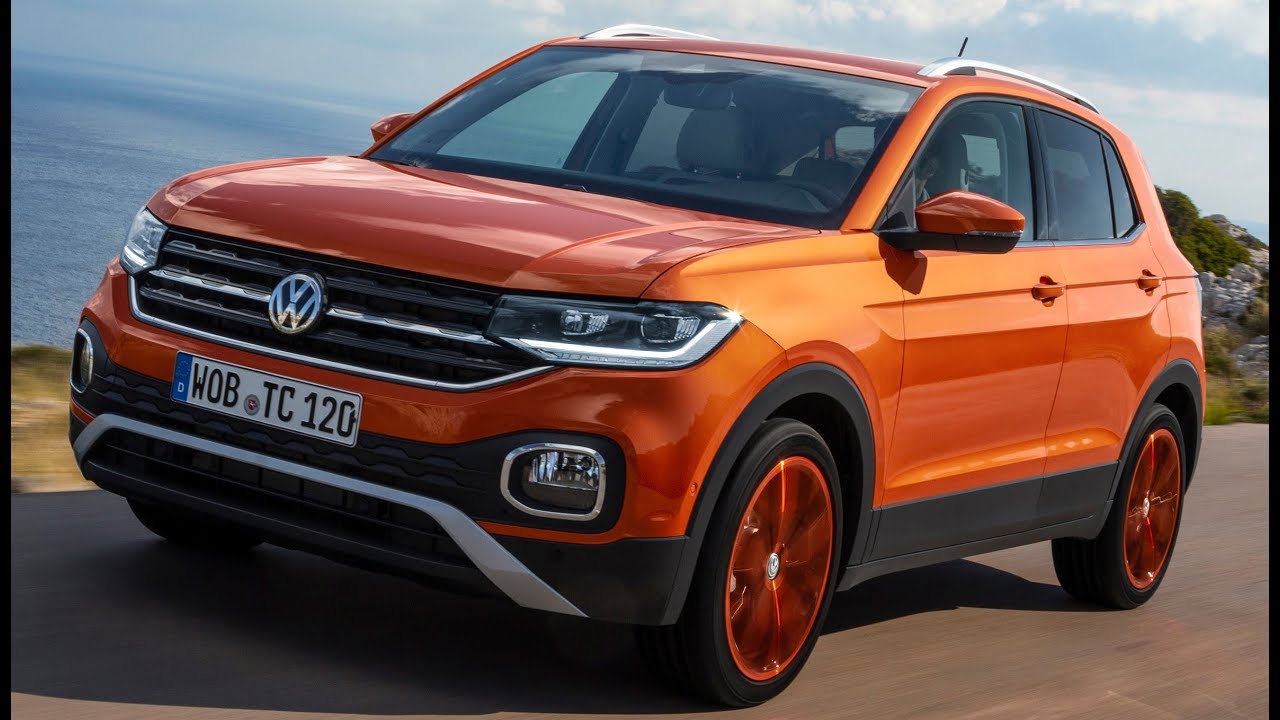 2019 Volkswagen T-Cross – Sophisticated Small SUV. Volkswagen has announced a full specification and pricing information for its new T-Cross compact SUV. The firm’s recently-released First Edition is due to reach the UK in April, priced at £23,150. The standard-issue model will join the range later this year, priced from £16,995.

Range-topping T-Cross R-Line models get 18-inch alloy wheels, R-Line bumpers front and back, body-coloured side skirts and Volkswagen’s digital instrument binnacle. Prices start from £23,550 for the 6-speed manual version and £25,050 for the seven-speed DSG variant.

Optional extras include a choice of five alloy wheel designs, keyless entry, a premium sound system and a range of styling packages allowing buyers to customise the interior and exterior of their cars with a range of coloured trim.

Engine-wise, Volkswagen’s 1.0-litre three-cylinder TSI unit will be the only option available from launch. It will be made available in two states of tune, with entry-level and cheaper SE-spec T-Cross models producing 94bhp and higher-spec SE models and up producing 113bhp.

The lowest-powered engine will be available with a five-speed manual gearbox only, while the more potent version will be given the option of either a six-speed manual or a seven-speed DSG. Across the range, the DSG transmission commands a premium of £1,500. To keep costs down, a four-wheel-drive variant will not be offered.

All T-Cross First Editions are powered by Volkswagen’s 1.0-litre TSI petrol engine, producing 113bhp and 200Nm of torque. A six-speed manual gearbox is equipped, and power is sent to the front wheels.

Standard safety kit includes autonomous emergency braking, blind spot detection, adaptive cruise control and lane-keeping assist. Practicality should be reasonable too, with the T-Cross’s sliding rear seats allowing either an extra 70-litres of boot capacity or an extra 140mm of legroom. Deliveries for the Volkswagen T-Cross First Edition are expected to commence in April, followed by the car’s full-scale commercial release later in the year.

The VW T-Cross sits beneath the T-Roc in Volkswagen’s lineup and shares a lot of its mechanical running gear with the Polo supermini. It’s based on the same MQB A0 platform and measures in at 4,107mm long and 1,558mm tall, which makes it 54mm longer and 97mm wider than the Polo. Drivers also sit 100mm higher in the T-Cross than they would in the hatchback.

In the flesh its chunky wheel arches, boxy profile and tall bonnet give the T-Cross a more prominent SUV look than any of its rivals. On paper, at least, it’s also more practical; the 385-litre boot – larger than a VW Golf’s – can expand to 455 litres with the rear bench slid forward, while dropping the bench completely frees up 1,281 litres of luggage space.