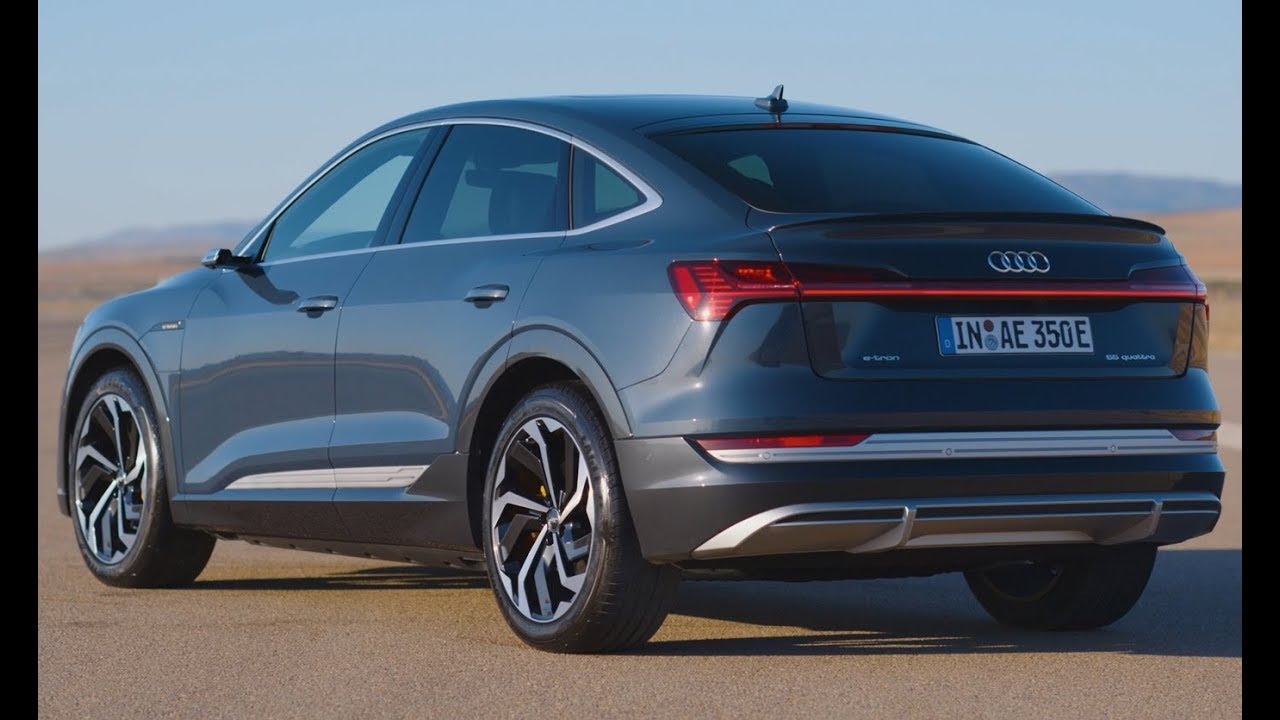 2020 Audi E-Tron Sportback – High-Tech, Stylish SUV Coupe. When you see the new Audi E-Tron Sportback on the road, you may not recognize it instantly as an electric vehicle. Just like its conventional SUV-styled predecessor, the new Sportback doesn’t flaunt its EV lifestyle. That said, if you see one at night and the headlights are doing weird stuff, there will be no doubt as to what’s headed your way. More on that in a bit.

For now, know that the newest electric Audi is pretty much exactly what we were expecting. The Sportback dishes up the same 402-horsepower dual-motor powertrain as the standard version, not to mention the same battery pack. However, range is up to 277 miles via WLTP standards – a 22-mile bump from the chunkier SUV. Mind you, that’s the European standard, which is higher than what we’ll see on U.S.-bound models.

Still, you can expect to cover more distance in the Sportback versus the standard E-Tron simply due to its shape. Audi says the sloping coupe-like roofline is more efficient and accounts for a 6.2-mile bump in range all by itself. The smoother airflow does extract a small penalty for rear-seat passengers, as headroom for the second row drops by 20 millimeters. Total cargo area for the Sportback is also down slightly versus the standard E-Tron, but you’ll still get 21.7 cubic feet of storage with the rear seats up, or 58.4 with them folded.

Another Sportback enhancement comes with the optional virtual side mirrors, which replace the standard analog mirrors with cameras and further improve vehicle efficiency. Instead of checking the mirrors, drivers will check small displays positioned between the door and instrument panel that show what’s behind and to the side. The mirrorless mirrors can also adjust automatically to different driving situations, such as turning sharp corners or backing up. Braking efficiency is also improved, which further helps the Sportback’s range.

Perhaps the coolest feature of the E-Tron Sportback is its available Digital Matrix LED headlights – units that Audi says will illuminate the road in “high resolution.” The heart of this system is a small chip with no less than one million micromirrors. Using electrostatic fields, each tiny mirror can tilt up to 5,000 times per second. It all sounds like crazy science fiction, but the result is headlights that can illuminate very specific sections of the road, or off the road if needed. The snazzy headlamps can also project specific images, and when it comes to other traffic on the road, light can actually be blocked so as to not blind opposing drivers while still keeping your side of the street well lit. We really like that notion.

The new E-Tron Sportback is slated to launch in Europe next spring, starting with a limited Edition One model that will include S line touches such as body-colored trim and exclusive 21-inch wheels. U.S. pricing isn’t available yet, but the E-Tron Sportback will start at £71,350 across the pond.
Source: Audi