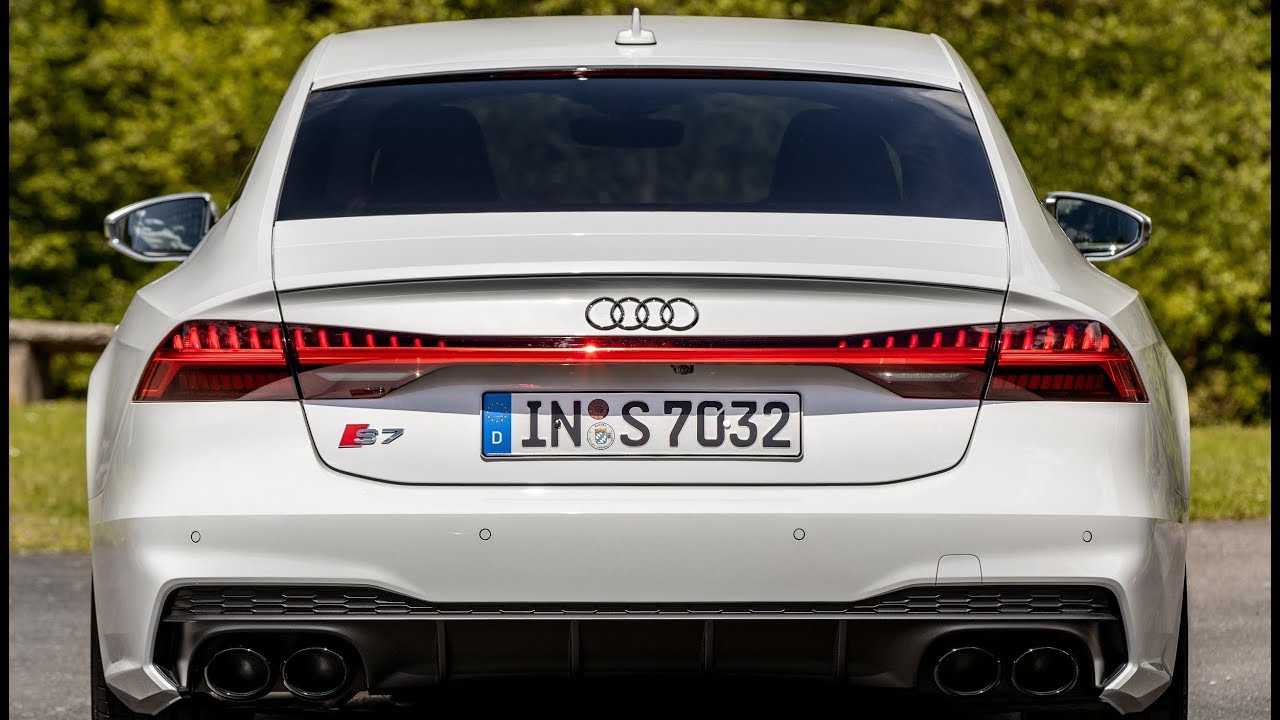 2020 Audi S7 Sportback Interior, Exterior and Drive. Audi, after having introduced the electrified SQ5 TDI in February, has made the same powertrain available on the S6, S6 Avant and S7 Sportback. The three cars are making their debut for the first time, and each of them is powered by a 3.0 litre V6 TDI engine that makes 349 hp and 700 Nm of torque, the latter peaking at 2,500 to 3,100 rpm. An eight-speed tiptronic automatic transmission and quattro all-wheel drive are standard.

New to the engine is an electric powered compressor (EPC, supercharger), which Audi claims to provide a “very vigorous acceleration” and repeatable boost function while accelerating. It has a response time of under 250 milliseconds and provides a peak output of seven kW (maximum rotational speed of 70,000 rpm).

The EPC, which visually resembles a conventional turbocharger and is mounted directly in the intake path, works in tandem with a conventional turbocharger. Together, they deliver spontaneous torque buildup when starting off or accelerating at low engine loads. The S6 Sedan with the EPC-equipped V6 TDI manages the century sprint in five seconds, while the S6 Avant and S7 Sportback require 5.1 seconds each. As usual, top speed is electronically limited to 250 km/h.

Besides having EPC boost performance, the onboard 48-volt mild-hybrid system (MHEV) and belt alternator starter (BAS) help improve fuel efficiency. The system also features a lithium-ion battery (10 Ah capacity), which is recharged via deceleration – the brakes recoup up to 8 kW of power.

In real world driving, the MHEV system saves up to 0.4 litres of fuel, and allows the vehicles to coast for up to 40 seconds with the engine off. On that note, the S6 Sedan has a combined fuel consumption of 6.3 litres per 100 km, whereas the S6 Avant and S7 Sportback shares the same reading of 6.5 litres per 100 km. Both figures are based on stricter WLTP standards.

In markets outside of Europe, the S6 and S7 are powered by a 2.9 litre TFSI petrol V6 with an output of 450 hp and 600 Nm of torque. Like the TDI models, the V6 TFSI engine will also be equipped with the electric powered compressor and 48-volt MHEV system.

As per the SQ5 TDI, the trio here can be equipped with the optional dynamic all-wheel steering. In normal driving conditions, a self-locking centre differential distributes torque between the front and rear axle in a 40:60 ratio. When slip occurs, most of the power goes to the axle with the better traction. In extreme situations, 70% of power is channeled to the front wheels, whereas the rear has a threshold of 85%.

The progressive steering already features sports ratios as standard, but it’s been fitted with S-specific electro-mechanical servo assistance that weeds out disagreeable bumps, yet retains and communicates useful information (steering feedback) to the driver.

There’s also S sport suspension with damping control as standard. This lowers the S6 and S7’s body by 20 mm and 10 mm respectively. Adaptive air suspension with adjustable damping is featured as well, but has been explicitly tuned to be comfort-oriented. Three modes are available – lift, auto and dynamic. In auto mode, the car’s body is lowered by another 10 mm when driving above 120 km/h, and in dynamic mode, ride height is locked at its lowest.

For brakes, the front axle gets 400 mm rotors clamped by six-piston calipers, while the rear is fitted with 350 mm discs. A six-piston carbon ceramic brake system can also be optioned, reducing unsprung mass by nine kg. As standard, all three S models ride on 20-inch wheels shod with 255/40 profile tyres, although this can be upgraded to bigger 21-inch items.

As for design, all three get S-specific treatment, comprising a more aggressive front and rear bumpers, wide rear diffuser with quad exhaust exits, and dark chrome trimmings. Inside, the sporty black theme is evident, complete with S sport seats with integrated head restraints. Of course, customers can choose to further customise the cabin should they wish.