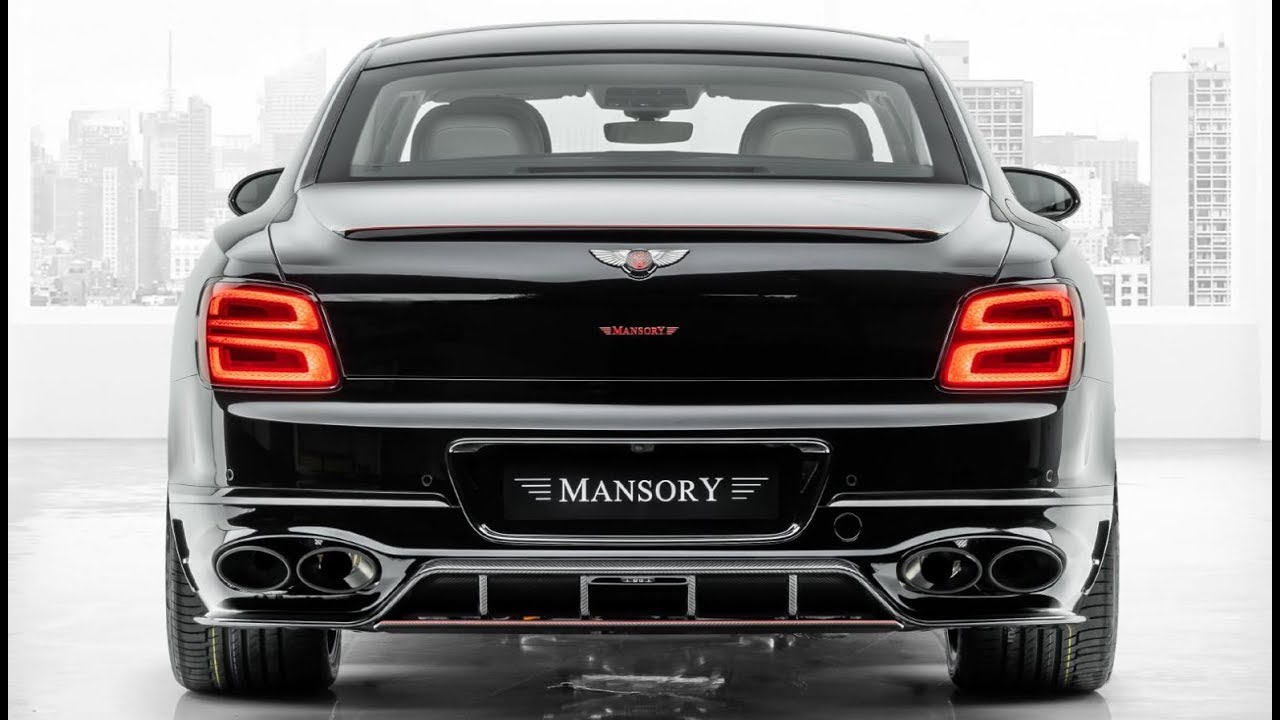 2020 Bentley Flying Spur W12 by MANSORY – Exterior and Interior. In addition to the Bentley Continental GT V8 Cabriolet which Mansory unveiled in the wake of the canceled Geneva Motor Show, the tuning company has also unveiled an extensively modified Flying Spur W12.

Deliveries of Bentley‘s new Flying Spur kicked off in Europe last month and Mansory’s take on the four-door sedan is just as wild and eye-catching as we’ve come to expect of any modified car from the aftermarket specialist.

Dominating the exterior of the Flying Spur from Mansory is a menacing bodykit that starts at the front end with an overhauled fascia that incorporates a black grille and black air intakes. The front also includes a subtle new lip spoiler painted red.

At the sides, your eyes will be drawn to the massive 22-inch multi-spoke wheels with red trim. Also featured on this example are distinctive side skirts and red pinstripes running along the car’s flanks. Found at the rear is a subtle lip spoiler and a beefed-up bumper with new tailpipes.

The Bentley Flying Spur has one of the nicest interiors of any current production vehicle but that hasn’t stopped Mansory from having its way with the cabin. Perhaps the most striking aspect of the overhauled interior is an oddly-shaped steering wheel wrapped in leather and carbon fiber. Also found within is new leather and bespoke trim across the dashboard.