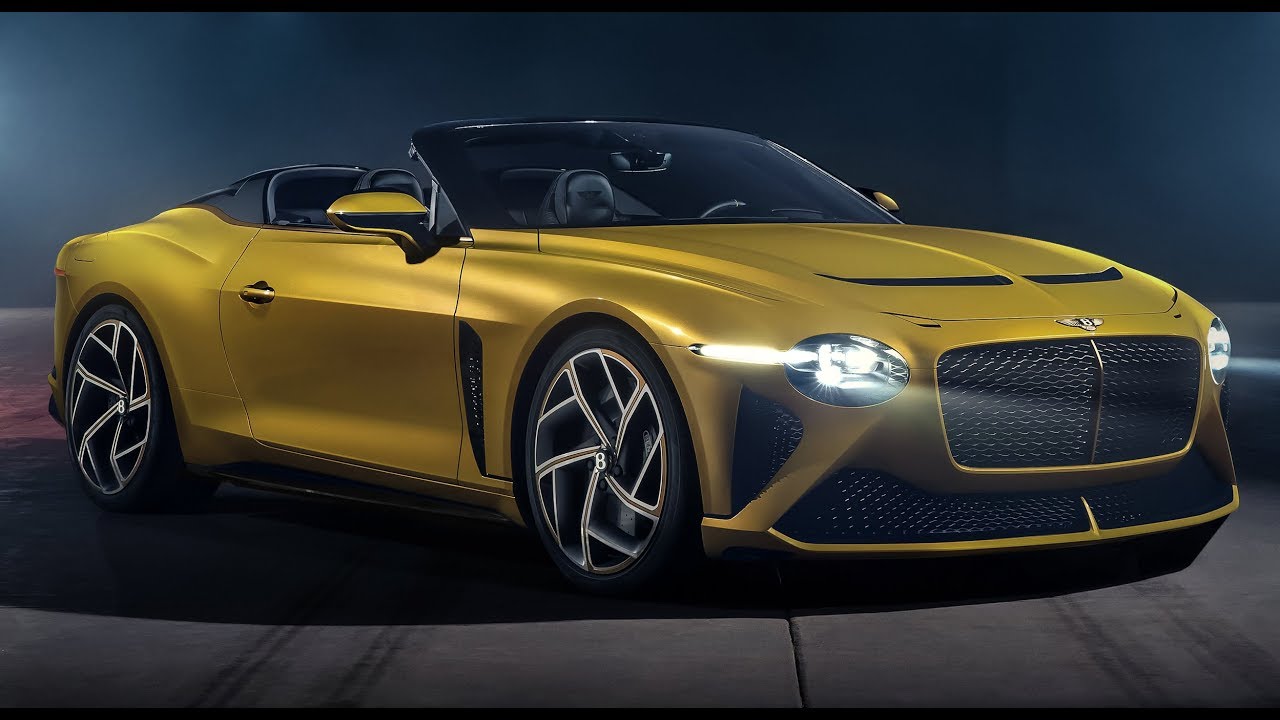 2020 Bentley Mulliner Bacalar – $2 million two-seat luxury GT. Given the technical complexity of modern cars, it’s unlikely that we’ll ever see a return to the heyday of coachbuilding. Still, Bentley is trying to keep that tradition alive on some scale with its newest hyper-limited drophead, the Bacalar.

The Bentley Bacalar, named after a lake on Mexico’s Yucatan Peninsula, was originally set to debut in Geneva, but instead made its debut in the UK on Tuesday. It’s stylistically based on the EXP 100 GT concept, and is a wild new take on the two-door convertible formula that Bentley has worked to perfect in the newest Continental. The folks in Crewe are only building 12 Bacalars, and they’ve already all been allocated.

So, what exactly is the Bacalar, and what sets it apart from the standard Continental GT Convertible? The most obvious thing is the styling. The folks from Bentley’s in-house coachbuilder Mulliner took all the subtlety of the Conti and drop-kicked it into the English Channel. What we’re left with is sort of part Continental, part Lexus LFA and part Porsche Speedster. It’s definitely aggressive, but it’s also rather polarizing.

Stefan Sielaff, Bentley’s director of design, calls the Bacalar a “resting beast.” And indeed, the appearance is incredibly aggressive — more than any other Bentley. Under the Bacalar’s Yellow Flame skin lives Bentley’s tried-and-true 6.0-liter W12 engine that offers up a rather robust 650 horsepower and 667 pound-feet of torque. Aside from that higher state of tune, mechanically speaking, the Bacalar shares its underpinnings with the Continental GTC.

The interior, however, is another matter entirely. Aside from the lashings of finest stitched and perforated leather, the Bentley makes use of other more environmentally conscious and ethically sourced (unlike the giant pile of filthy lucre needed to buy this thing) finishes such as 5,000-year-old river wood, and it even uses rice husk ash in its paint. Hey, at least Bentley is building the thing in its carbon-neutral factory, so we’ll go with it.

Oh, and just so you know, there’s custom-fitted luggage because nobody, and we mean nobody, wants to roll up to St. Moritz during peak season in their coachbuilt Bentley with normally shaped and styled luggage like a peasant. This particular set of leather bags is made by Italian manufacturer Schedoni which has made fitted luggage for companies like Ferrari.

“All 12 customers who are going to get one of these cars delivered have the full set of possibilities of doing co-creation with us, with the design team,” Sielaff told us at an event at Bentley’s headquarters in Crewe, England. “Every exterior color, every interior layout is possible.” Sielaff even said that if a customer really wanted different wheels than the ones you see here, technically, it’s doable.

The Bacalar is important for Bentley in that it launches Mulliner’s new three-part-plan for bespoke luxury domination. It will have three portfolios of vehicles going forward: Classic, Collections and Coachbuilt. Classic refers to the continuation and recreation models that Bentley’s been doing, like the Blower and so forth. The Collection is a continuation of Mulliner’s work as the custom styling division for Bentley. Finally, Coachbuilt is being kicked off with the Bacalar and will go on to produce other rare and unique vehicles for very select customers.

As for that future expansion into coachbuilding, the company’s CEO, Adrian Hallmark, said Bentley “won’t be doing one a month.” Realistically, Hallmark believes Bentley could do “one collectible per year, moving around the [vehicle] segments.” Furthermore, Bentley can use these coachbuilding exercises to “test design themes and materials,” Hallmark said.

How much is Bentley asking for the privilege of owning a Bacalar? That’s kind of up to the owner. The base cost of entry is about $1.5 million, but the final price will really depend on how wild the customer’s spec ends up being.