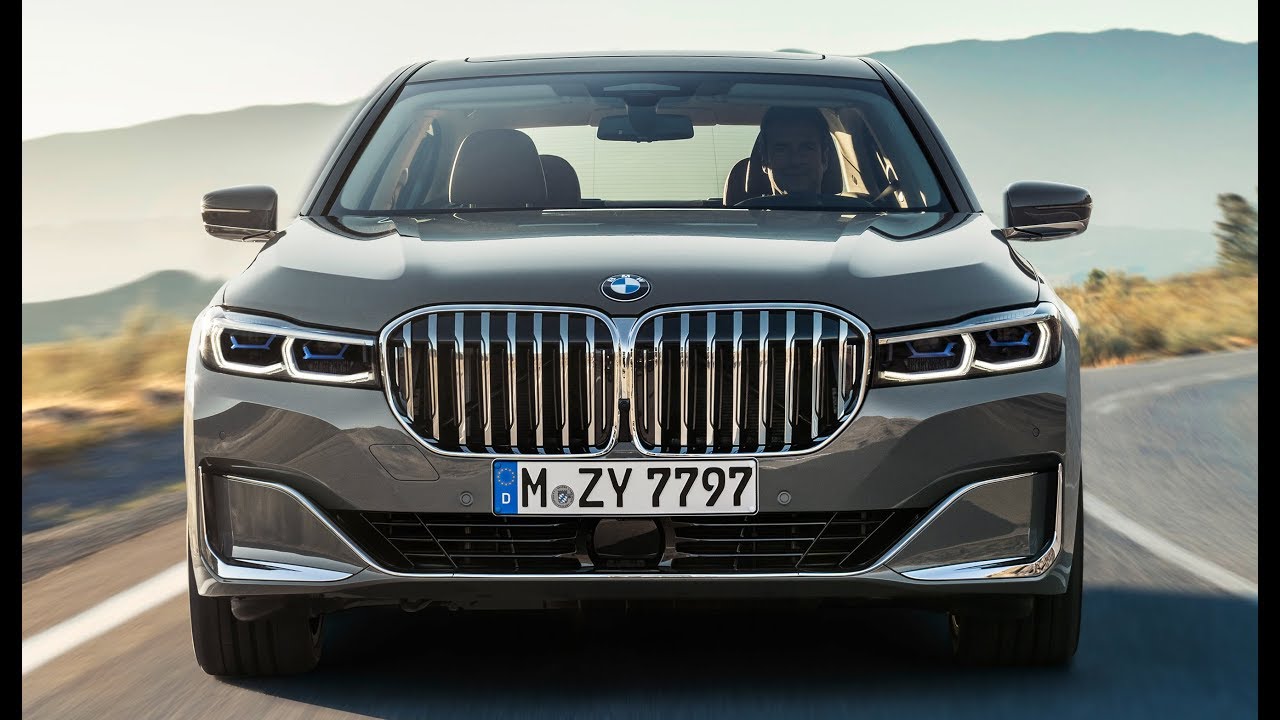 2020 BMW 7-Series – Interior, Exterior and Drive. After several spy photo sessions, a number of leaks, and a single teaser, the facelifted BMW 7 Series is making its official debut with major styling tweaks and a couple of important tech upgrades. First and foremost, the luxury limo’s fascia has been given an even larger kidney grille for a “more powerful visual presence.” As standard, the active grille’s bars of the U.S. model are finished in aluminum satin, unless you purchase the range-topping M760Li xDrive model which features Cerium Grey finish.

The 40 percent larger grille is flanked by a set of redesigned headlights which use adaptive LED technology as standard, while optionally available will be lasers. Above the fascia, the hood has also been given a slightly reshaped design, and the fenders are now a tad more muscular.

The highlight of the design changes at the back is the slim light strip that extends across the full width of the tailgate connecting the taillights. Speaking of them, the new clusters are 1.4 inches slimmer than on the outgoing model and have a new design.

At launch, the new 7 will also be offered in a plug-in hybrid version which combines a specially adapted six-cylinder inline engine with 280 hp (209 kW) with an electric motor rated at 113 hp (84 kW). The system stores electric energy in a new lithium-ion battery, but BMW is not ready to disclose the all-electric range yet. The combined peak power of the system is 389 hp (290 kW) which is enough for a 0-62 mph (0-100 kph) sprint in 4.9 seconds.

The German automaker has also revised the eight-speed automatic which is the standard gearbox on all models for the 2020 model year. It should now deliver quicker and smoother gear shifts, and comes as standard with a Launch Control function. The PHEV powertrain uses a hybrid-specific variant the Sport Steptronic transmission with an improved separating clutch that acts as the link to the engine.

When it arrives at showrooms in April this year, the 2020 7 Series will be available in five different specifications, four all-wheel-drive models and one RWD. Prices will be announced closer to the on-sale date.