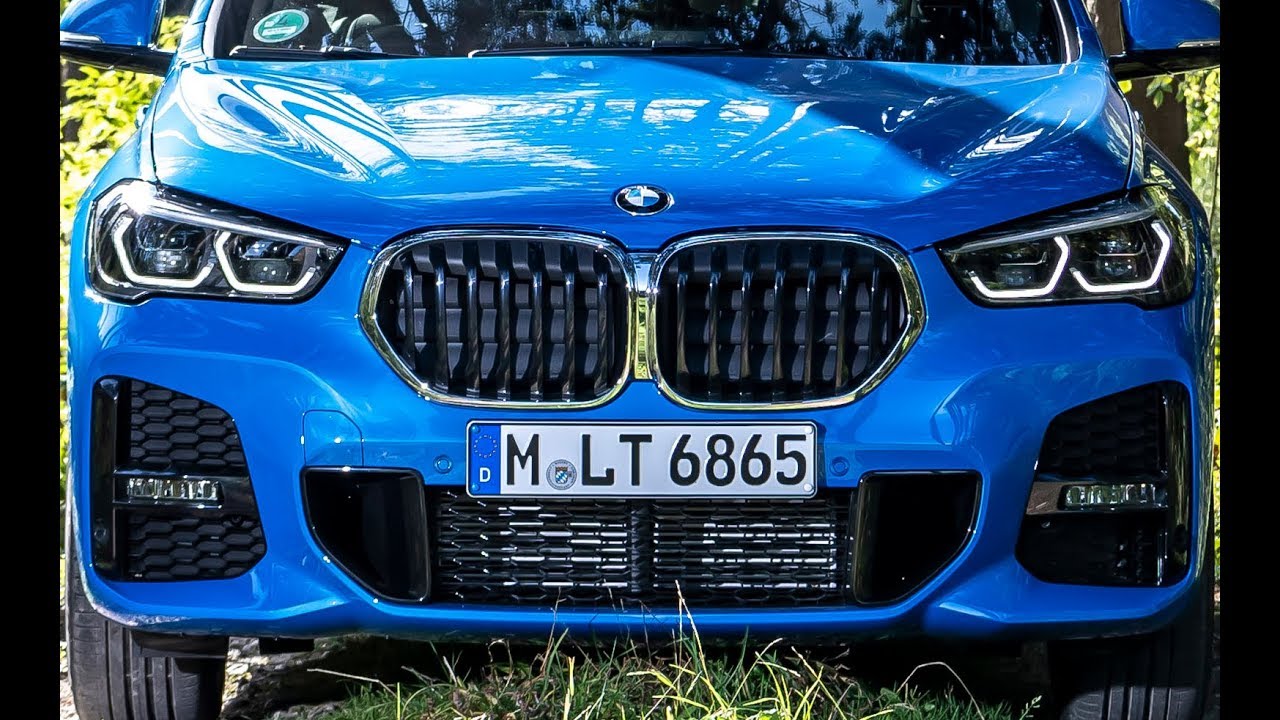 2020 BMW X1 xDrive 25i M Sport – Design, Interior and Driving. As yet, the X1 does not have a properly fiery analogue for the related BMW X2 M35i, so as this xDrive25i uses the 231hp/350Nm 2.0-litre TwinPower Turbo engine as seen in a MINI John Cooper Works hatch, then you can kind of convince yourself you’ve bought something cool and sporty. Kind of.

Well, in the fresh-for-the-revised-X1 shade of Misano Blue and an M Sport kit, it looks pretty decent. Indeed, parked in a Munich garage a few paces away from a full-on Misano X2 M35i, it took us a while of squinting at the pair of them to work out which was the 306hp car and which was the ‘family crossover’ with delusions of performance grandeur. The interior, as on all X1s, has been improved with the new visual displays (both in the cluster and for the infotainment) and it feels luxurious to sit inside it, while the boot space – liberated by the transverse layout of the X1’s engine, allowing for more accommodation in the shell behind the engine bay – is relatively colossal. All good, so far.

We also think the 25i is sweeter to drive than the 25d. Granted, the latter has another 100Nm of torque and so has much more potent mid-range responsiveness on the motorway, while it’ll likely give back better fuel economy under most conditions; also, on paper, it’s only a mere tenth-of-a-second down on the 25i for the 0-100km/h sprint. But, as ever, black-and-white statistics don’t tell the story of how the lighter engine helps make the petrol ’25’ X1 feel slightly keener to turn in, of how it blesses the car with slightly more natural-feeling steering and of how – no matter how good the rev-happiness of the BMW 2.0-litre biturbo diesel is in terms of, well, diesels – you cannot replicate the pleasure of a zingy petrol motor chasing for its redline. Admittedly, while these sorts of crossovers are not likely to be driven hard on a regular basis, if you’re aiming at the top 25-badged dogs in the BMW’s line-up then we have to guess the reason you’re going for the extra power in the first place is that you want a more scintillating driving experience. The X1 xDrive25i M Sport, to a degree, provides such a thing.

Aside from the likely €50,000-plus price tag, there are two things that bother us about the 25i: one, while it drives slightly more sweetly than its 25d sibling, going for the petrol engine isn’t exactly astonishingly transformative – we still reckon that a 230hp Audi Q3 45 TFSI would be the BMW’s dynamic match; and two, the X2 – it’s not as objectionable as larger coupe-SUVs (mainly because it doesn’t really look like a coupe…), has arguably nicer styling than the X1, doesn’t lose out much on the practicality score and, for a figure not much greater than a fully optioned-up xDrive25i M Sport, you could get into the genuinely hot M35i. Tempting.

The BMW X1 evolved a huge amount in the shift from Mk1 to Mk2 in 2015, and this modest ‘life-cycle impulse’ (LCI – what BMW calls its facelifts) has done nothing to harm the German crossover’s appeal. This thing outsells any other BMW X product across the globe for the company, so it couldn’t tinker with the formula too much for this midlife facelift. Luckily, as the formula was pretty much spot on in the first place for this class of premium compact pseudo-SUV, then what you have here with the updated X1 is one of the best machines in its segment.