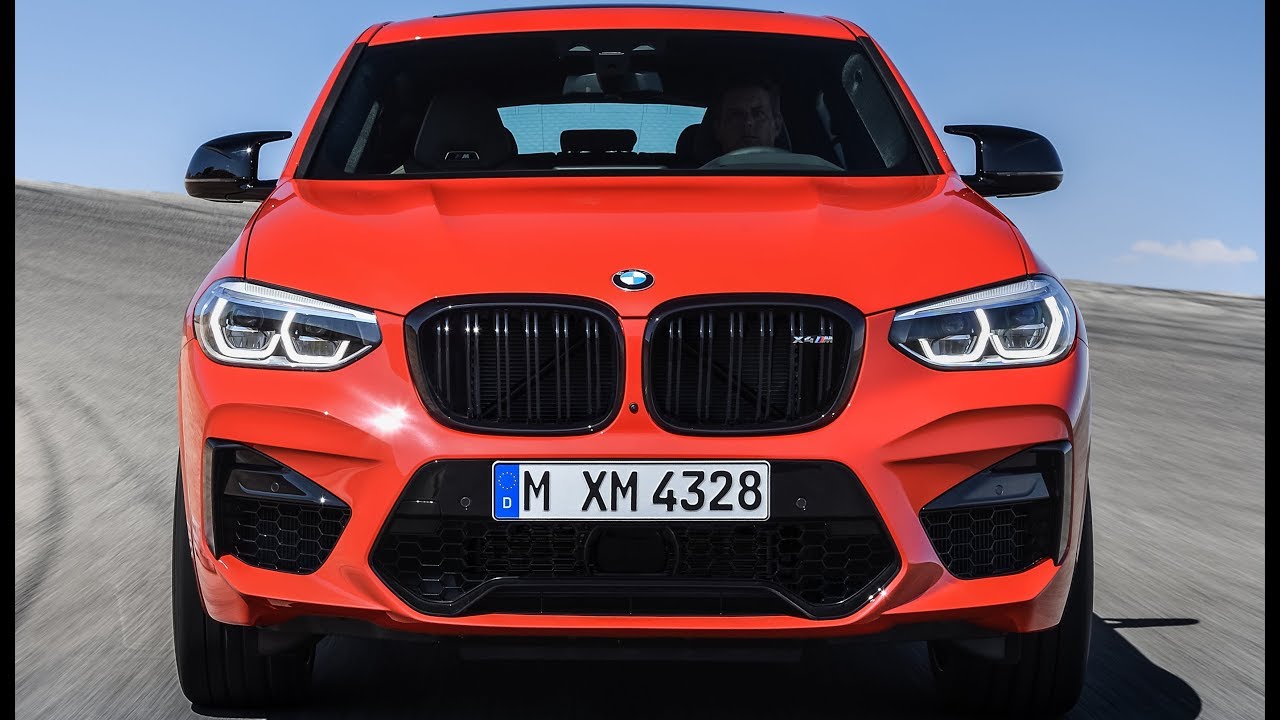 2020 BMW X4 M Competition – Interior, Exterior and Drive. It’s been a long time coming, but BMW’s high-performance X3 and X4 models are here. Say hello to the X3 M and X4 M; each wielding some serious horsepower under the hood along with a bevy of suspension upgrades designed to put the sport in sport-utility vehicle. Or rather, sports activity vehicle as BMW prefers. Either way you cut it, these people movers can move people fast. Seriously fast.

The first step in creating a proper M machine is to add power, and BMW doesn’t disappoint. Under the hood of these twins is a 3.0-liter twin-turbo six, tuned to make 473 horsepower (352 kilowatts) and 442 pound-feet (600 Newton-meters) of twist. If that’s not enough for your compact performance SUV needs, BMW will also offer a Competition version in both flavors that ups the ante to 503 hp (375 kW). According to the automaker, that’s enough for a 0-60 mph sprint in approximately four seconds flat. Top speed is limited to 155 mph, unless you select the optional M Driver’s Package which ditches the limiter. In that case, you’ll hit 174 mph flat out, or 177 in the higher-hp Competition model.

Regardless of the trim, the engine feeds power through an eight-speed M Steptronic transmission that offers a manual mode should you want to change your own gears. M xDrive all-wheel drive is of course standard, and it’s enhanced with several drive modes that include a driver-adjustable power distribution setting that sends power entirely to the front or rear. Other modes like M Dynamic can vary settings for everyday driving, or for nailing a perfect lap time. As for getting sideways, BMW doesn’t come out and say there’s a drift mode specifically, but such antics are suggested in the automaker’s press release, which you can view at the end of the article.

To better cope with the power, the X3/X4 chassis gets extra bracing to increase torsional stiffness. Suspension components get beefier bushings, bearings, and anti-roll bars, which are even stronger on Competition models. Electronically controlled dampers have three modes: Comfort, Sport and Sport +. There are upgraded M brakes that measure 15.6 inches in front and 14.6 in the back, and it all rides on new 20-inch wheels. Competition models roll on larger 21-inch rims.

Muscular body tweaks help set the M editions apart visually from the pack. You’ll see a bit more black trim outside – specifically with the kidney grille – and there are of course M-specific front and rear fascias. The M twins also get a roof spoiler at the rear hatch, and among the seven exterior color options are a new shade called Toronto Red metallic, and an M-exclusive finish called Donington Grey metallic.

Inside you’ll find the requisite M interior upgrades with sports seats and plenty of leather in either black or Oyster with M logos on the backrests. Black and aluminum trim accompany the look, and drivers will see an M-specific instrument cluster behind the M-specific leather steering wheel. Competition models get a bit more panache with M Sport seats and different color trim options. And because the X3 and X4 are still “activity” vehicles, the rear seats retain a split-folding functionality for hauling cargo.

Pricing for the high-performance X3 M and X4 M isn’t yet available, but BMW says production will begin at its Spartanburg, South Carolina manufacturing plant this April.