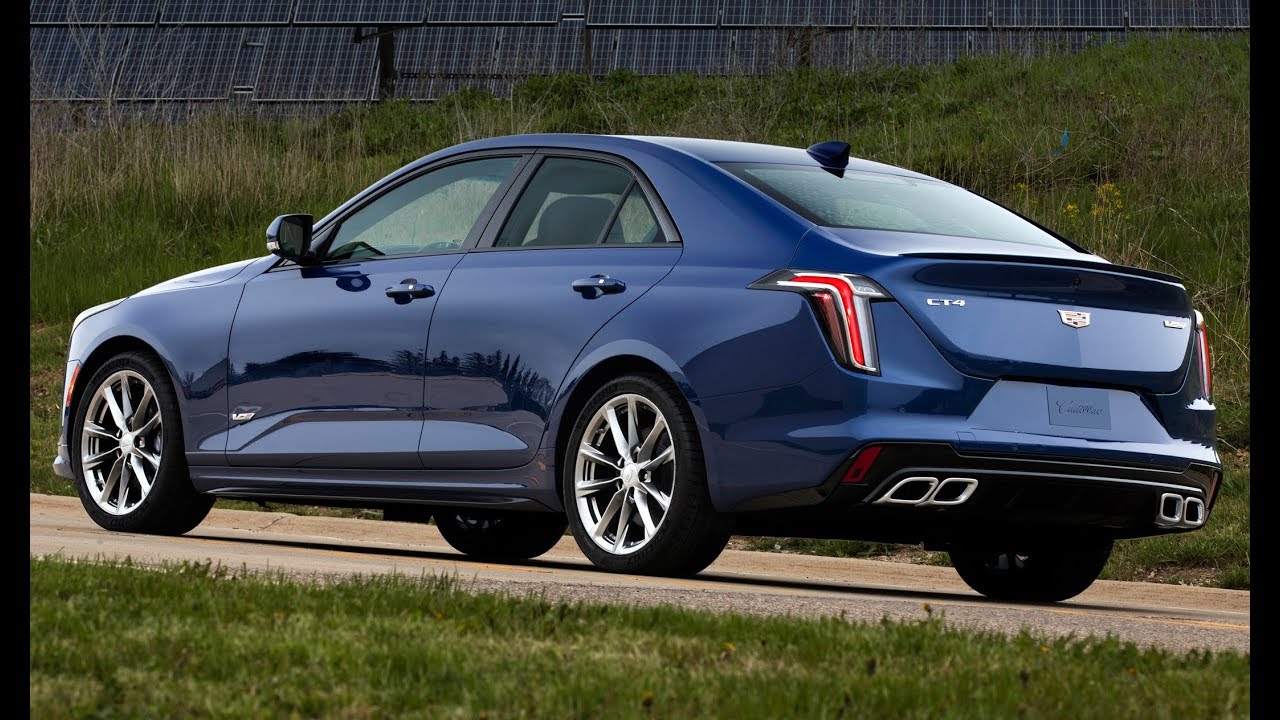 2020 Cadillac CT4 V, CT5 V and CT6 V – All new Luxury sports sedans. Cadillac on Thursday debuted both the CT4-V and CT5-V. While the CT5 was first introduced to the world at the New York Auto Show, this is the first time anyone has seen Cadillac’s smaller sedan. If you’re wondering what was going to fill the shoes of the dearly departing ATS and CTS, respectively, here they are.

We’ll start with what’s familiar. The CT5-V relies on a twin-turbocharged, 3.0-liter V6 putting out 355 horsepower and 400 pound-feet of torque. It comes mated to a 10-speed automatic transmission, and both rear- and all-wheel drive are available. That torque comes on nice and low, too, reaching 90% of its peak at 1,800 rpm. Since a little efficiency never hurts, the engine also has Active Fuel Management, GM’s fancy term for cylinder deactivation.

The exterior of the CT5-V brings a bit more aggression than the normal version. The bumpers are a little angrier, and the whole car looks especially saucy in the bright paint color used in Cadillac’s own photos. The accents have gone from chrome to something darker, including the mesh grille up front. Four exhaust tips hang out ’round back. Its 19-inch wheels are reminiscent of the ATS-V — here, they come wrapped in summer tires, although all-seasons are available for AWD models. Behind the front wheels lie Brembo brakes. Inside, there’s a unique instrument cluster

The drivetrain sounds stout enough, with an electronic limited-slip rear differential and GM’s Performance Traction Management system, which offers multiple modes with varying levels of electronic nannies. Cadillac’s latest iteration of Magnetic Ride Control, a system we adore, is standard on the CT5-V, as well.

On the tech front, Super Cruise is a welcome addition; this Level 2 system allows for hands-off highway cruising thanks to a marriage of adaptive cruise control, active lane-keep assist and a driver monitoring system that cuts things off when the driver isn’t paying enough attention.

Now, let’s address the new-new. The smaller Cadillac CT4-V, as one might expect, relies on a smaller engine, but its output isn’t too far off from its bigger brother. The CT4-V’s 2.7-liter turbocharged I4 is good for 320 hp and 369 lb-ft, the latter of which arrives at a nice and low 1,500 rpm. Just like the CT5-V, the little’un carries a 10-speed automatic with both RWD and AWD on offer, in addition to Active Fuel Management.

This is the first time we’ve seen the CT4, and, frankly, it doesn’t look too much different from the CT5. The CT4 connects its headlights and running lights, whereas the CT5 doesn’t. The taillights have a similar shape, but the layout inside is a little different. Both sedans adopt the same fastback shape in the rear, and it will be interesting to see how that affects the headroom in the back.

The interior opts to borrow plenty of elements from the CT5, as well. Both dashboards have the same shape, especially around the climate controls and the partially “floating” infotainment screen. There’s a screen nestled between the gauges, and the gear lever appears comically large in the photos Cadillac provided. The CT4-V, like its bigger brother, gets a special instrument cluster for V-Series cars.

Underneath that body, things are similar to, but not exactly the same as the CT5-V. Magnetic Ride Control is standard, but only on rear-wheel-drive models; AWD variants make do with passive dampers. Brembo front brakes are equipped on both versions, though, and like the CT5, summer tires are standard with all-seasons being optional on AWD cars.

Both the CT4-V and CT5-V go on sale in early 2020, and more information will be announced closer to that time; we hear higher-performance versions are on the way, as well. They’ll both be built at the Lansing Grand River plant in Michigan. We’ll learn more about the rest of the CT4 lineup in the near future, too.