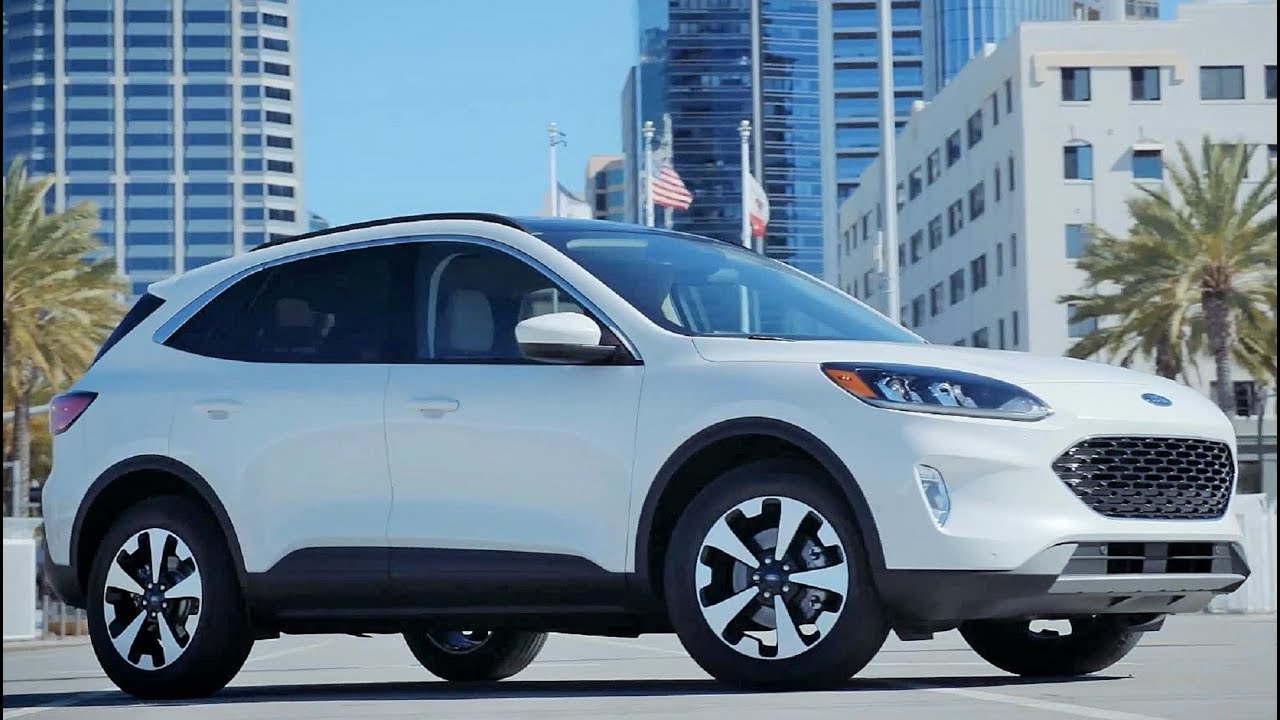 Escape, which debuted the world’s first hybrid SUV in 2005, brings back two hybrid choices for 2020, a standard hybrid and a plug-in variant, and introduces technologies ranging from drive modes and driver-assist features to electric vehicle ingenuity and on-board connectivity.

To create a sportier look for the all-new Escape, designers turned to some of the most high-profile sports cars in the Ford showroom. The shield-shaped trapezoidal grille is inspired by the sixth-generation Mustang, while the lower front end borrows from Ford GT. Compared to the current model, the all-new Escape stands lower, wider and longer.

With a sloped roofline, optimized liftgate spoiler and strake, and efficient underbody, the all-new Escape is the most aerodynamic to date. Meanwhile, it sheds more than 200 pounds from the current model, due in part to the extensive use of high-strength, lightweight steel.

New powertrains and transmission systems, a reduction in weight, improved aerodynamics and updated suspension system all contribute to one undeniable fact: this is the best-performing, most fun-to-drive Escape ever.

Gas engine-powered models as well as the standard hybrid are available with all-wheel drive. EcoBoost-equipped models get a new quick-shifting 8-speed automatic transmission for smooth, responsive shifting, while every Escape receives an all-new suspension and improved isolation with a new isolated rear subframe.

“This new vehicle performs like no other Escape before,” said Jim Hughes, Escape chief program engineer. “It’s quick, it’s responsive and, in staying true to the standard set by three generations of Escapes before it, it’s a heck of a lot of fun to drive.”

The new 2.0-liter EcoBoost engine, available on Titanium, is projected to produce 250 horsepower and 275 lb.-ft. of torque using 93 octane fuel, while turning in a 0-60 mph time up to 10 percent faster than the outgoing Escape 2.0-liter. When properly configured, it is rated to tow 3,500 pounds.***

The all-new 1.5-liter EcoBoost, standard on S, SE and SEL, is projected to produce 180 horsepower and 177 lb.-ft. of torque using 93 octane fuel. When properly configured, it is rated to tow 2,000 pounds.*** To help conserve fuel, the 1.5-liter EcoBoost debuts cylinder deactivation, a Ford first for North America, which senses when one cylinder isn’t needed and shuts it down automatically. The system can activate or deactivate a cylinder in 14 milliseconds to maintain a smooth ride.

The plug-in hybrid variant, available on every trim level except S and SE Sport, projects a best-in-class EPA-estimated range of at least 30 miles in electric-only mode. Escape Plug-In Hybrid has a Level 1 / Level 2 AC charging port. Using a 110-volt Level 1 charge, the estimated time to fully charge the battery is 10 to 11 hours. Using a 240-volt Level 2 charge, charge time drops to roughly 3.5 hours.

***Horsepower, torque, payload, towing and EPA Estimated Fuel Economy Ratings are independent attributes and may not be achieved simultaneously.