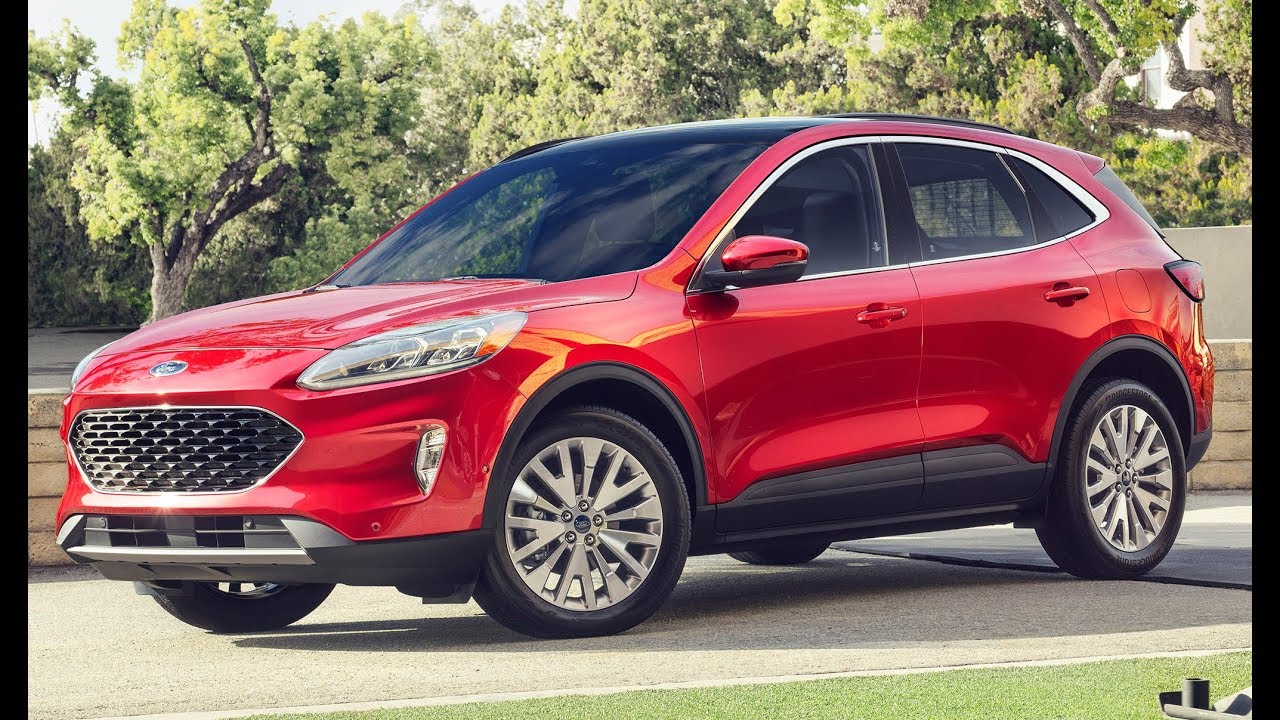 2020 Ford Escape / The all-new Escape – Perfect Small SUV. Now that it has begun the phaseout of nearly all of its passenger-car models, Ford is banking on the fact that hundreds of thousands of Focus, Fusion, and Taurus buyers will be willing to make the switch to the Blue Oval’s many crossover offerings. So it seems to us that the company is hedging its bets by making the new 2020 Ford Escape look more carlike than ever before, with a lower, sleeker design that still maintains crossover proportions but abandons any sort of rugged-SUV pretensions.

Smoother Styling
As it enters its fourth generation, the outgoing Escape sits as Ford’s second biggest-selling nameplate in the United States, behind the F-series pickup-truck lineup. But it has fallen far behind its closest compact-crossover competitors in the sales race, having been significantly outsold by the Chevrolet Equinox, the Honda CR-V, the Nissan Rogue, and the Toyota RAV4 in 2018. It’s no surprise, then, that Ford is now coming to battle armed with a fuller arsenal of Escape variants: in addition to two turbocharged gasoline engines and a revived Escape hybrid model, all of which go on sale this fall, Ford is also introducing a plug-in-hybrid model to the lineup that will go on sale in spring 2020.

Although the new Escape’s shorter proportions and smoother lines may make it look smaller than its predecessor, it’s actually longer and wider. The roof is slightly lower, but interior space is up, with Ford claiming significantly improved rear legroom and up to 37.5 cubic feet of cargo space behind the rear seats, 3.5 cubic feet more than before. In nonhybrid models, the rear seat now slides fore and aft on a 6.0-inch track.

Turbo Engine Options
The new Escape’s base engine, a turbocharged 1.5-liter inline three-cylinder, is shared with Europe’s new Ford Focus hatchback, with which it shares its basic underpinnings. A three-cylinder engine in a 3000-plus-pound crossover may sound a bit inadequate, but its 180 horsepower and 177 lb-ft of torque are fully competitive with other base engines in this class, and it can tow up to 2000 pounds. It pairs with an eight-speed automatic transmission with front-wheel drive or optional all-wheel drive. Cylinder deactivation can shut down one of the cylinders and allow it to operate as a two-banger under certain circumstances, which Ford says improves fuel economy by 6 percent (EPA estimates aren’t available yet).

Unlike the RAV4, CR-V, and Rogue, the new Escape continues to offer an upgrade engine as an option on upper trim levels with considerably more power. As before, it’s a turbocharged 2.0-liter four-cylinder, and it makes 250 horsepower and 275 lb-ft of torque, five more horses than this engine in the outgoing Escape. It too uses an eight-speed automatic transmission but comes only with all-wheel drive. It can tow up to 3500 pounds.
Standard and Optional Features

A similar set of trim levels is in play, starting with the Escape S and climbing through SE, SEL, and Titanium models. The 1.5-liter engine is standard on S, SE, and SEL models, with the 2.0-liter optional on the SEL, while the Titanium comes standard as a hybrid and offers the 2.0T as an option. The hybrid is also offered in an SE Sport trim.

Mirroring some competitors, Ford has made its CoPilot360 set of driver-assistance features standard on all models. This includes blind-spot monitoring, lane-keeping assist, automated emergency braking, and automatic high-beams. Adaptive cruise control and park assist are optional on the top Titanium model.

All trims but the base S come with an 8.0-inch touchscreen with Apple CarPlay and Android Auto, and 4G LTE Wi-Fi capability is standard across the board. There’s also an optional 12.3-inch digital gauge cluster, available on SE and higher trims. USB-C ports are available in addition to the standard USB ports, and there’s an optional 10-speaker Bang & Olufsen sound system.

Ford has yet to release pricing for the new 2020 Escape, but we wager that it will be priced similar to its predecessor, starting somewhere around $25,000 and reaching above $40,000 with all the extras.