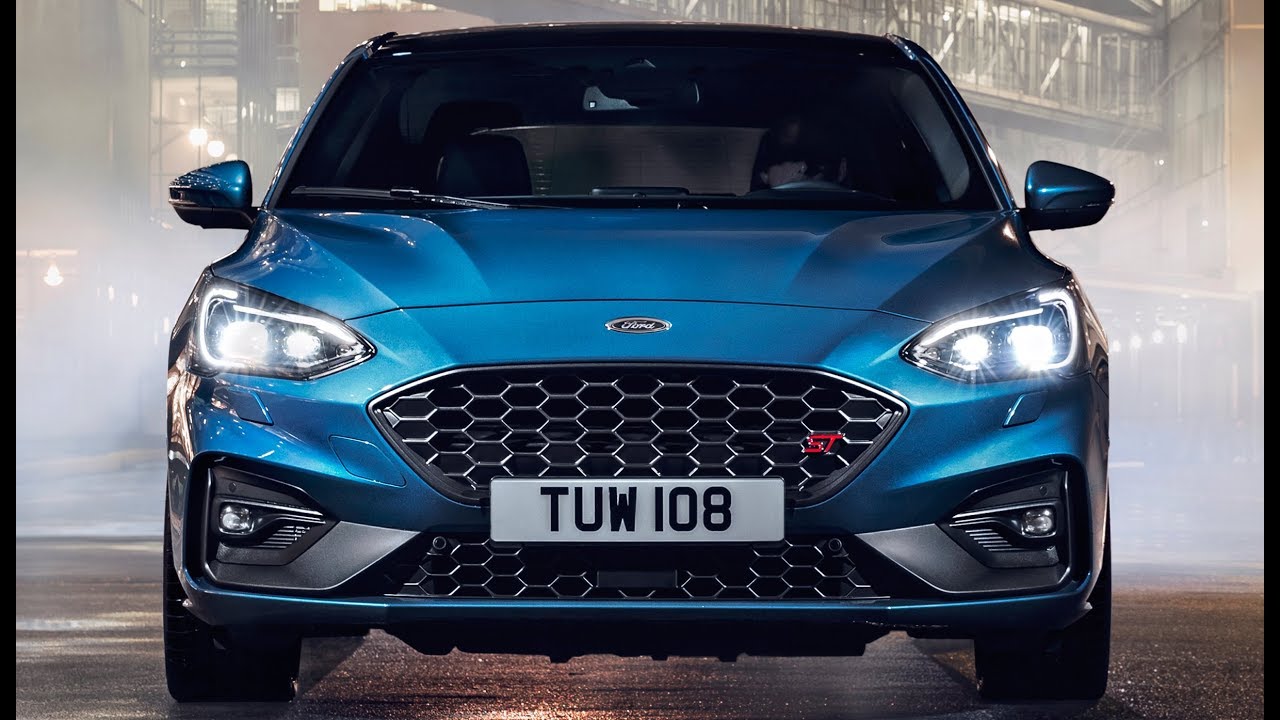 2020 Ford Focus ST – Interior, Exterior and Drive. After what looked like an endless string of spy photos, the all-new Ford Focus ST is finally here. Was it worth the wait? It was, at least on paper. A forbidden fruit in the United States, the Blue Oval’s hot hatch is ready to fully take on the Volkswagen Golf GTI / GTD by once again giving buyers the opportunity to pick between punchy gasoline and diesel engines. Ford says the revamped engine lineup unlocks an extra 12 percent horsepower and 17 percent torque compared to the old Focus ST.

At the heart of the gasoline-fed version is a 2.3-liter EcoBoost four-cylinder engine described by Ford as being a new generation to create the most powerful Focus ST ever. It pumps out 276 hp at 5,500 rpm and 310 pound-feet (420 Newton-meters) from 3,000 rpm to enable a sprint from a standstill to 62 mph (100 kph) in less than six seconds.

The EcoBoost engine installed in the new Focus ST borrows anti-lag tech originally developed for the GT supercar and the F-150 Raptor to ensure optimal power transfer when the vehicle is in Sport or Track mode. Ford’s four-banger makes use of a low-inertia twin-scroll turbocharger and is hooked up as standard to a six-speed manual gearbox benefitting a shift-throw reduction of seven percent compared to the lesser Focus models. At an additional cost, buyers can opt for an updated seven-speed automatic with further optimized gear differentiation enabling better performance.

For the first time in a front-wheel-drive Ford, the Focus ST benefits from an electronic limited-slip differential as standard on the EcoBoost variant for better stability especially when cornering. Go for the diesel and you’ll be rewarded with torque vectoring diminishing understeer by automatically applying brake force to the inside front wheel when cornering.

The Focus ST is also Ford’s quickest car when it comes to the steering response, outshining even the Fiesta ST. Compared to a regular Focus, the electric power-assisted steering is 15 percent quicker. Selectable drive modes are making their debut on the Focus ST, with Slippery/Wet, Normal, and Sport offered as standard while the Track mode is bundled with the Performance Pack. The latter is available only for the EcoBoost manual model and also includes a launch control system, red brake calipers, and rev-matching technology adapted from the Mustang.

Ford will have the new Focus ST on sale in Europe this summer in hatchback and wagon flavors.