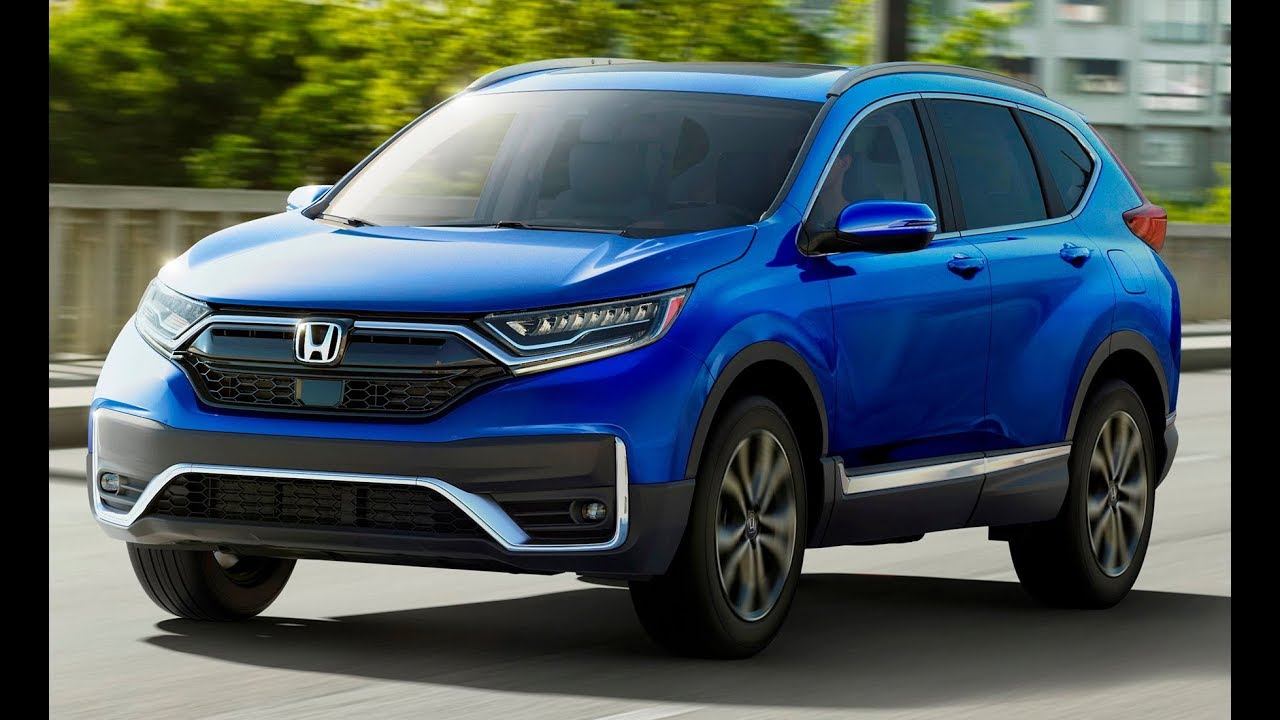 2020 Honda CR-V facelift – New U.S Hybrid-Electric Version. Honda first debuted its hybrid-electric CR-V in 2017 at the Shanghai Motor Show. While many thought the automaker would quickly bring it to the US, that never happened. Now, more than two years after its initial unveiling, the CR-V Hybrid is finally ready to land in the US.

Honda on Wednesday unveiled the 2020 CR-V crossover. In addition to finally sprouting a hybrid variant, the refreshed CR-V also sports updates to its aesthetics and tech offerings.

The look isn’t too much of a departure from the prerefresh CR-V. The fog lights now integrate better with the front bumper, and the grille is a bit more pronounced than it was before. The Hybrid gets a specific bar-style fog light, while other trims make do with round ones. Out back, there are new darker taillights and a new chrome exhaust finisher. New wheels are on offer, too. The hybrid variant gets its own unique badging, as well as a hidden tailpipe.

Honda changed up the CR-V’s interior, too. The center console bin has been redesigned to make it easier to use. Touring trims now get Qi wireless device charging, and there’s a whole bunch of available tech inside, like a color display in the gauge cluster, rear USB ports, power front seats and a 7-inch touchscreen infotainment system with Apple CarPlay and Android Auto. The CR-V Hybrid gets special interior trim and a push-button gear selector with modes to boost efficiency or throttle response.

Speaking of the CR-V Hybrid, let’s talk about its powertrain. Under the hood is a 2.0-liter, Atkinson-cycle inline-4. This mates to Honda’s two-motor hybrid system to produce a net 212 horsepower and 232 pound-feet of torque, which is sent to all four wheels, a first for Honda’s two-motor hybrids in the US. Fuel economy estimates are not out yet, but Honda hopes that the CR-V Hybrid will be 50% more efficient than the gas model. The battery and its related electronics are tucked under the cargo floor, which can still accommodate large items with a 60/40 split folding second row.

The gas-only CR-V lineup wields a 1.5-liter turbocharged I4 that makes 190 horsepower, mated to a mandatory continuously variable transmission and the buyer’s choice of front- or all-wheel drive.

The 2020 Honda CR-V will go on sale this fall, but if you’re angling for the CR-V Hybrid, you’ll have to wait until early 2020 for that one. Pricing and fuel economy information will be made available closer to each variant’s release.