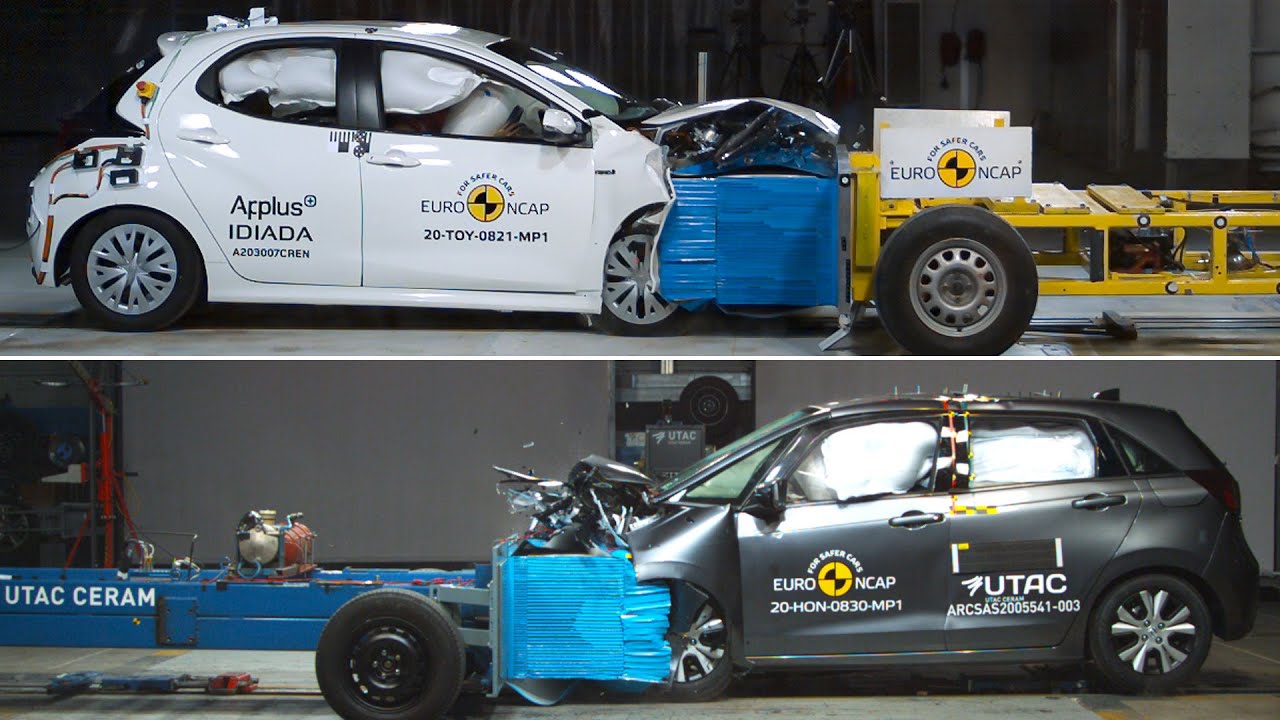 New Toyota Yaris
Toyota’s fourth-generation Yaris emerges with flying colours from Euro NCAP’s 2020 test programme. The car is the first to be subjected to an all-new frontal offset test, which replaces the one previously used since the programme started in 1997, and is the first to feature a counter-measure for injuries in far-side impacts. The mobile progressive deformable barrier (MPDB) test assesses the protection a car offers its occupants as well as the risks it poses to the car it has crashed into. The Yaris, in general, does well, its small size and benign front end making it one of the less aggressive crash partners on the road. Two centre-mounted airbags inflate in side impacts to limit an occupants’ travel to the opposite side of the vehicle and to mitigate the risk of occupant to occupant contact. The Yaris also showcases the rapid advancements in crash avoidance technology: the latest generation of Toyota Safety Sense now can stop the vehicle during turning to avoid a crash with oncoming traffic.

New Honda Jazz
The Honda Jazz, first sold in Europe in 2002, now exclusively comes with a hybrid engine. Along with its modern drivetrain technology, the latest model is also equipped with the most up-to-date safety equipment, including autonomous emergency braking and an all-new centre-mounted airbag that protects driver and front passenger against injuries in far-side crashes. With 5 stars under its belt, the new Honda Jazz makes a worthy rival to the Toyota Yaris.