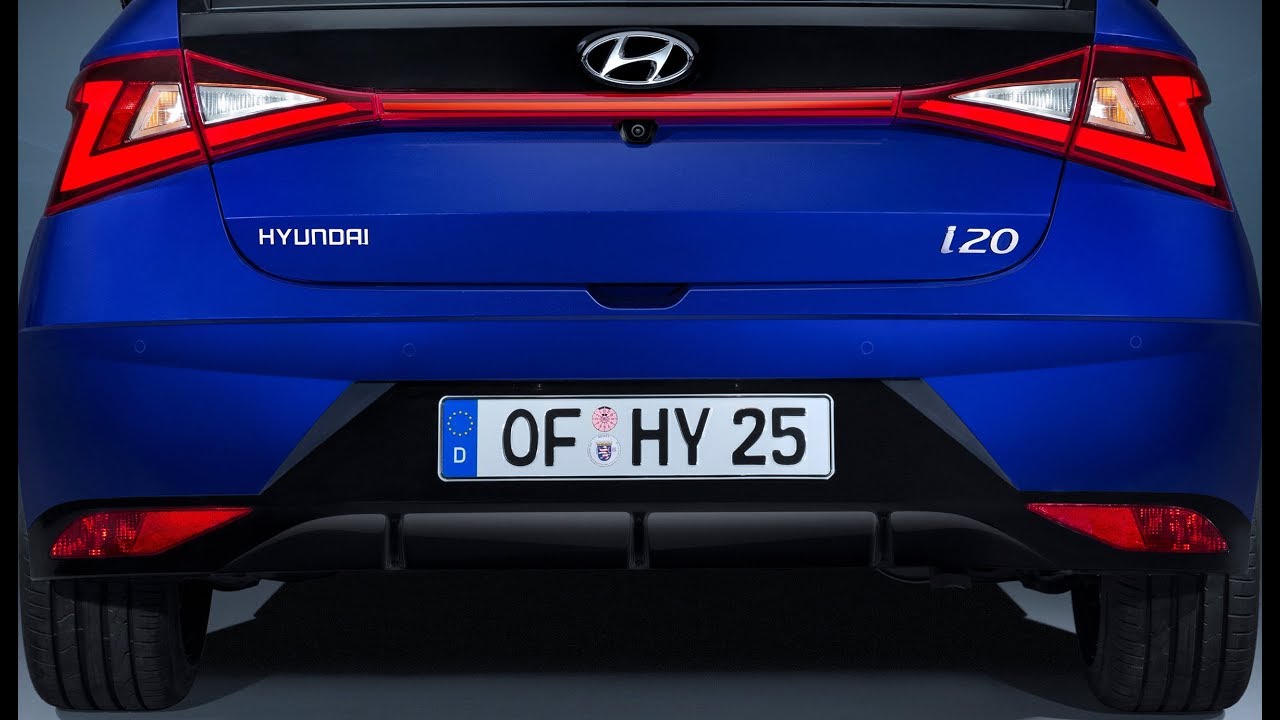 2020 Hyundai i20 – New styling, Tech And Mild-Hybrid System. The all-new i20, revealed ahead of its public debut at next month’s Geneva motor show, represents the start of a “revolutionary and ambitious” new design language for Hyundai.

The third-generation Vauxhall Corsa rival is set to go on sale in May and introduces what Hyundai describes as a theme of “sensuous sportiness” that will be applied across the rest of its line-up in due course.

The latest i10 city car features a watered-down version of the i20’s angular look, while the facelifted i30 and new Tucson SUV for 2021 will adopt a similar design approach.

Further to the adoption of distinctive creases and other styling details new to Hyundai, the latest i20 is proportionally different from its predecessor, being 30mm wider, 5mm longer and 24mm lower. Its wheelbase has been lengthened by 10mm to increase passenger space, too, while the boot is now slightly bigger, at 351 litres. Ten paint colours across a broad spectrum are available, as is the option of a two-tone scheme by way of a black roof.

Although the interior of the new car has yet to be shown, Hyundai has published a detailed sketch that reveals a significant redesign. It has a sculptured look that continues from the front doors across the dashboard, itself dominated by an infotainment touchscreen (10.25in or 8.0in on lower trim levels) mounted at eyeline height. This sits next to a 10.25in digital instrument display and above an air vent panel whose horizontal ‘blades’ extend across the fascia. Ambient LED lighting is also present.

Best-in-class connectivity is claimed for the supermini, with wireless Apple CarPlay and Android Auto introduced to the sector for the first time and Hyundai’s Blue Link system offering a variety of services including a no-cost five-year subscription for TomTom-supplied live traffic data. Wireless phone charging also features, while the i20 is the first European Hyundai to offer a seven-speaker Bose premium sound system.

Highlights among the huge provision of new safety kit include sat-nav-based adaptive cruise control, which can anticipate corners or straight stretches and lower or raise your speed appropriately, an intelligent speed limiter and lane-following assistance, a system that keeps the car centred within its lane.

Despite adding all this new tech, Hyundai claims a 4% weight reduction over today’s i20. In theory, that should lead to improved performance and efficiency for the petrol-only engine range.

This is topped by a 118bhp 1.0-litre turbocharged triple with a 48V mild-hybrid system – itself responsible for a 3-4% efficiency boost, according to Hyundai. Although efficiency figures aren’t yet official, we know it can do 0-62mph in 10.2sec with the six-speed manual gearbox or one-tenth slower with the seven-speed dual-clutch automatic.

A 99bhp version of the same unit is offered with the same gearboxes. It’s likely the UK will get only the mild-hybrid version of this, too. The entry-level motor is a naturally aspirated 1.2-litre four-cylinder that puts 84bhp through a five-speed manual gearbox to complete the 0-62mph sprint in 13.1sec.

Hyundai hasn’t revealed UK pricing, but expect an entry point of just over £15,000 and to pay more than £20,000 for the highest-spec variants.