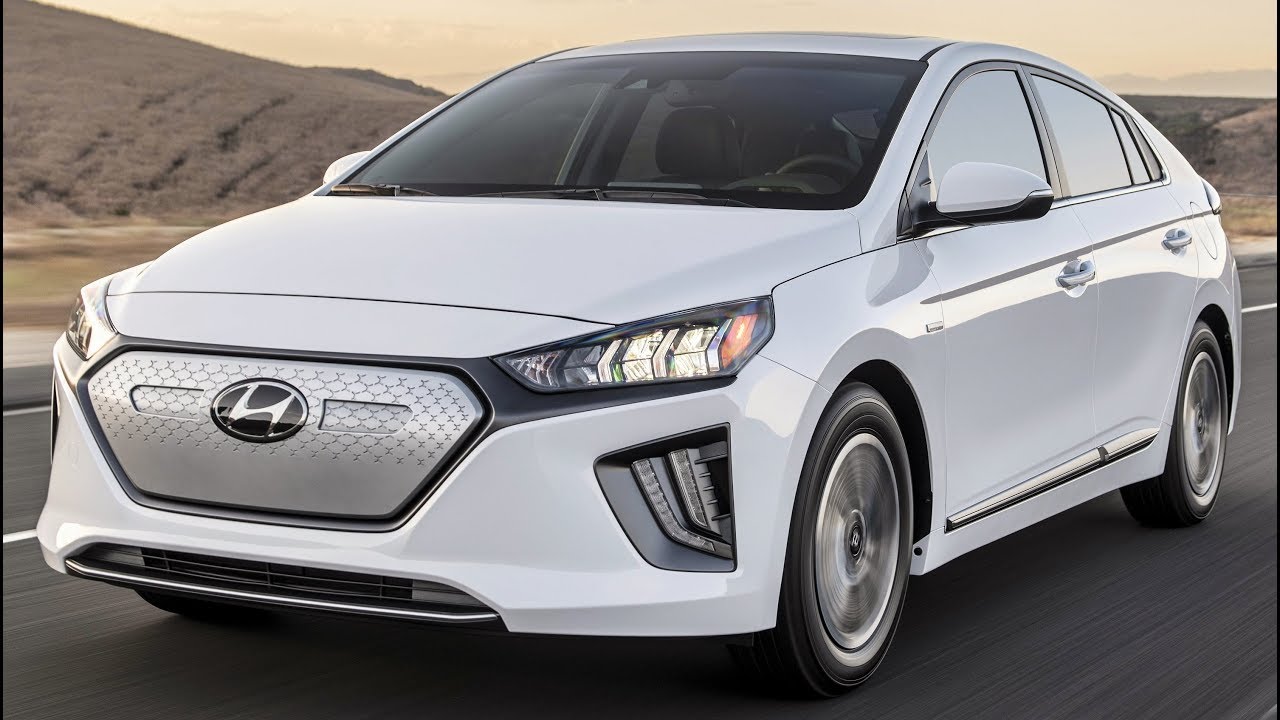 The new IONIQ Electric’s battery has been upgraded from 28 kWh to 38.3 kWh, meaning drivers can go even further between charges. It boasts 36% additional energy storage capacity, offering a total of 170 miles of estimated range. Its e-motor delivers 134 horsepower and 218 lb.-ft. of torque and is fitted standard with a 7.2-kW on-board charger – an upgrade from current 6.6-kW – for Type 2 AC charging. Using a 100-kW fast-charging station, the battery can reach 80% charge in as little as 54 minutes.

The optional Audio Video Navigation system displays a wide variety of useful information across its 10.25-inch split touch-screen. The improved screen can be customized providing two home screen versions and the ability to edit displayed widgets and icons. In addition to standard Android Auto and Apple CarPlay with the base onboard system, with standard new Multi-Bluetooth function (with 10.25-inch AVN option only) drivers of the new IONIQ can connect two phones at the same time to allow users to listen to each phone’s music through Bluetooth streaming.

Up front, the hybrid and plug-in versions of the new IONIQ now show a redesigned mesh-type radiator grille. The front of the new IONIQ Electric has a new distinctive pattern on the closed grille. All models feature an updated front bumper design with a silver molding at the bottom. New anthracite gray trim seen on the rear bumper molding and daytime running light bezels up front create a more refined and dynamic look. The LED DRLs, as well as the newly available LED head- and taillights, make IONIQ stand out at night – offering not only aesthetic enhancements but also additional safety.

IONIQ Plug-in and Electric are available with redesigned 16-inch (standard) alloy wheels, while customers of IONIQ Hybrid can choose between a new 15 and 17-inch (optional) wheel designs.

Thanks to IONIQ’s renowned dynamics and performance, drivers of the new IONIQ Hybrid and Plug-in versions can enjoy the fun-to-drive aspect of a well-built electrified car with the responsive shifts from a 6-speed dual-clutch transmission. IONIQ customers also benefit from a low center of gravity due to the low placement of the battery pack, increasing the fun while driving.

The hybrid and plug-in versions of the new IONIQ feature Adjustable Regenerative Braking in Eco mode, which allows drivers to select from different intensity levels via the paddle shifters. In Sport mode, the paddles act as manual shifters.

Taking a cue from its similarly innovative Kona Electric sibling, the new IONIQ Electric adopts 1-pedal driving capability, which allows drivers to stop the car by simply holding onto the left paddle shift lever with often no need to engage the braking pedal. This maximizes the use of regenerative braking technology. Using Smart Regenerative Braking, the level of energy recuperation is automatically adjusted depending on the road incline and traffic situation in front when coasting.