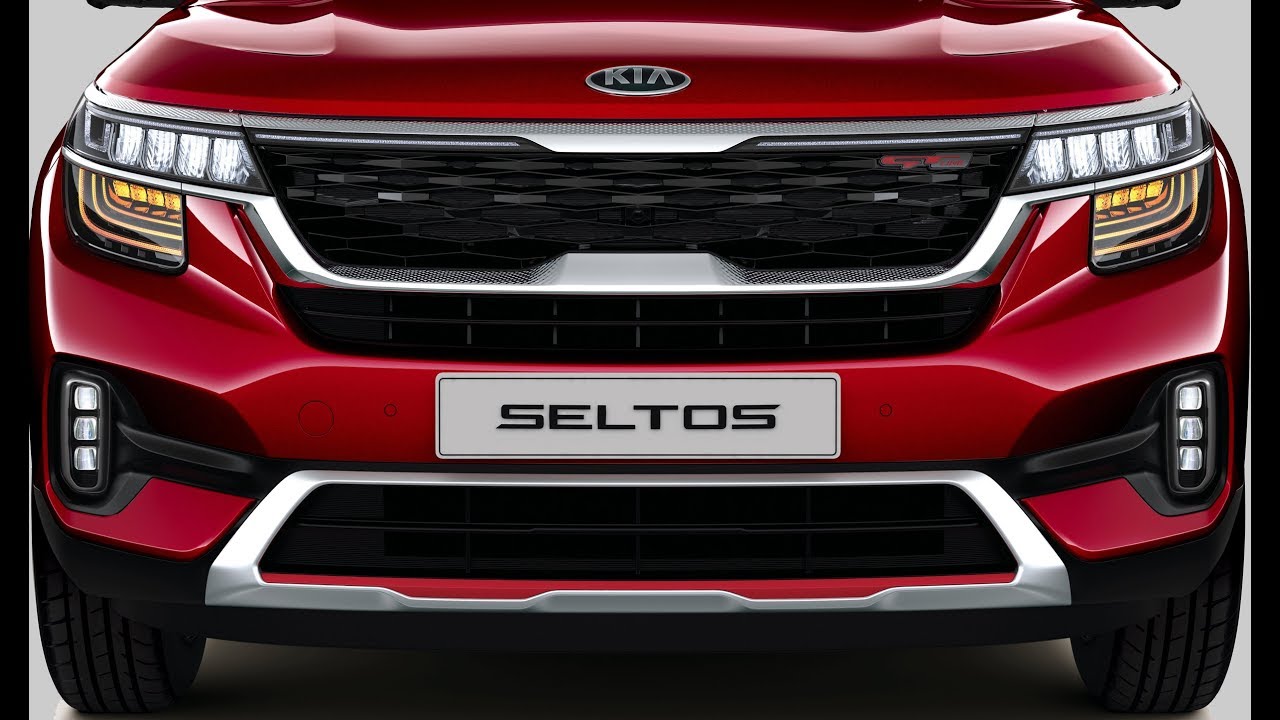 2020 Kia Seltos First Look – Sophisticated and Sporty. While Europe is anxious to see Kia’s new XCeed slated to debut on June 26, the rest of the world is ready to meet the Seltos. Also a compact crossover, this new global model has been the subject of a painstakingly long teaser campaign that actually started in February 2018 with the SP Concept. A closer-to-production version dubbed the Signature Concept debuted at the end of March this year and was followed by shadowy teasers of the road-going model in the build up to today’s reveal in Delhi.

Signaling Kia’s entry into the competitive Indian market, the Seltos is a global compact crossover with a somewhat interesting exterior design that remains faithful to the two concepts before it. We’re particularly fond of those intricate full-LED headlights that will surely make the Seltos stand out from the crowd. It looks quite attractive in the range-topping GT Line trim and will be offered with wheels as large as 18 inches wrapped in 235/45 R18 tires. The lesser models of the range will have to make do with either 16- or 17-inch alloys.

Much like the headlights, the taillights also employ a full-LED setup, and even the fog lights use light-emitting diodes lending the Kia Seltos a sophisticated look. The wide “tiger nose” grille corroborated with the faux silver skid plates at the front and rear make the compact crossover appear more imposing, but those blocked-out “exhaust finishers” are not our cup of tea and we hope this trend will end soon.

In the same vein as the Hyundai Venue, Kia’s newest high-riding model combines the funky styling with a straightforward interior. Although pictures of the cabin have yet to be published, the teaser campaign did include some revealing sketches. We do know there’s a 10.25-inch touchscreen and an optional 8.0-inch head-up display providing all the info you will ever need, while an eight-speaker Bose sound system is also going to be on the options list.

Depending on market, the Kia Seltos will be offered with a turbocharged 1.6-liter four-cylinder engine with 175 horsepower, a naturally aspirated 2.0-liter rated at 147 hp, and a turbodiesel 1.6-liter with 134 hp. There will be a total of three automatic gearboxes on offer depending on region: a continuously variable transmission (CVT), a six-speed auto, and a more sophisticated seven-speed, dual-clutch auto.

While there’s no word about all-wheel drive, Kia does say the Seltos comes with a Drive Mode Select system with self-explanatory Normal, Eco, and Sport modes. It also has something called Sound Mood Lighting system with six themes and eight colors. Sections of the door cards are illuminated on a 3D-patterned surface and the light pulses are synchronized with the beat of the music.

Kia will introduce the Seltos to global markets in the latter half of the year and will assemble the compact crossover in Gwangju, South Korea and in Anantapur District, Andhra Pradesh, India.