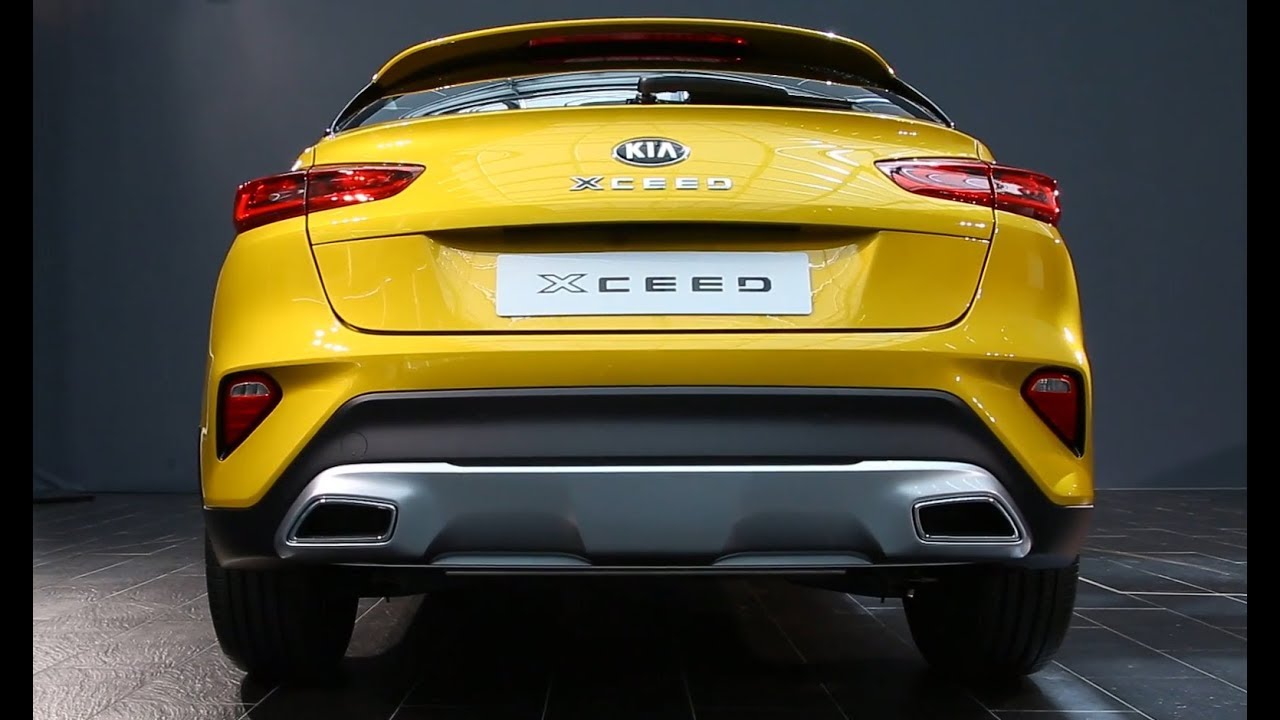 2020 Kia XCeed Interior and Exterior – Stylish Compact Crossover. Following in the footsteps of the Kia Ceed hatchback, Sportswagon, and the gorgeous ProCeed shooting brake, the XCeed is the new crossover member of the compact car family. Created exclusively for Europe, the CUV is positioned above the Stonic but below the Sportage in the company’s continuously growing lineup. Much like Kia’s baby crossover, the XCeed will not be available with all-wheel drive as all configurations will have a FWD layout. That shouldn’t be much of an issue since AWD is more sought after on bigger crossovers and SUVs.

Kia may say it’s an “urban crossover,” but we’re sure many people are going to see this as a jacked-up version of the regular Ceed hatchback with a slightly more rugged body. Design differences aside, there are actually quite a few significant changes compared to the standard five-door hatch since the new XCeed is 85 millimeters longer (at 4395 mm), 43 mm taller (at 1490 mm), and 26 mm wider (at 1826 mm). Wheel size is either 16 or 18 inches, and this vibrant color known as “Quantum Yellow” can only be had on the XCeed.

Although it doesn’t have an all-paw system, the Xceed is still slightly more competent on difficult terrain thanks to a ground clearance increased by 42 mm over the regular Ceed, although this depends on the wheel size. Kia explains its engineers have reworked the spring rates by softening them up by 7% at the front and 4% at the back for improved comfort. Road noise and vibrations have been lowered thanks to a newly developed dynamic damper for the rear cross-member, which should further boost comfort.

Because of its increased footprint, it’s more practical than the regular Ceed by offering a cargo volume of 426 liters or 31 more than what you get in the hatchback. Fold down the 40:20:40-split rear bench and you get 1,378 liters. For extra convenience, there’s a two-step cargo floor and a powered tailgate. The interior has been largely carried over, but there’s now a new-to-the-Ceed range optional 12.3 fully digital instrument cluster. It’s not exclusive to the XCeed as it’s already being implemented across the range.

All engines are available with a six-speed manual or a dual-clutch, seven-speed automatic transmission, with the exception of the entry-level unit stuck with the three-pedal setup. At the beginning of next year, Kia will add mild hybrid and plug-in hybrid powertrains for those prioritizing efficiency without having to go down the diesel route.

Meanwhile, the conventionally powered XCeed will go on sale in Europe in the third quarter of the year.