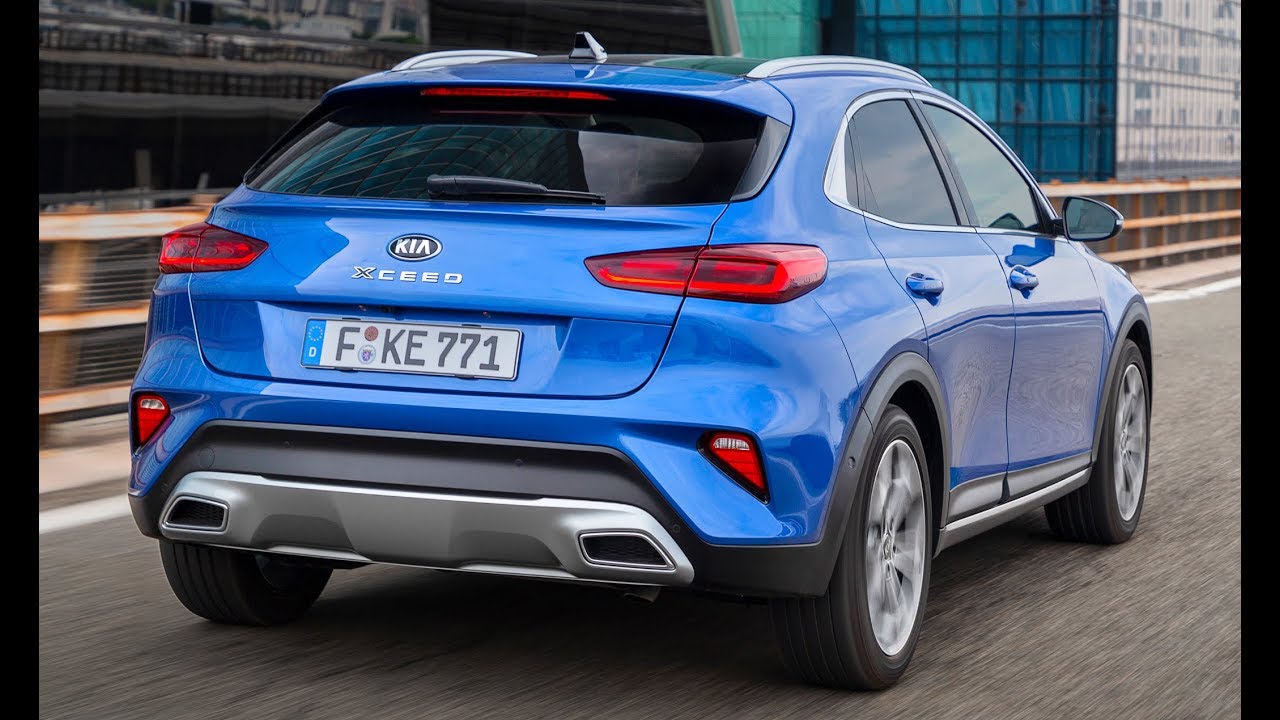 2020 Kia XCeed – The new City Crossover. The new Kia XCeed is very much one of the latter. Against the tape measure, it comes up closest to the Mercedes GLA; while the Toyota C-HR and – perhaps confusingly – Kia’s own Niro are a very similar size, too. Prices start from £20,795 and climb to £29,195, so depending on trim it costs about two grand more than the equivalent Ceed hatchback. Evidence of just how popular the SUV segment is comes in the fact that Kia reckons the XCeed will be a bigger seller than any other variant in the Ceed family.

For the cash, you’re getting a complete restyle over the hatchback, with only the front doors carried over. But we reckon that the sleek roofline and chunky wheel arch extensions mean that, in the metal, the XCeed looks more rugged and distinctive.

It’s all standard Ceed fare inside but the one big difference comes in the form of the new 10.25-inch infotainment system. The interface is similar to the old system, but it’s sharper, brighter and quicker to load. Base models still use Kia’s previous eight-inch screen, which features a reversing camera, Apple CarPlay and Android Auto.

In the top spec First Edition model (the highest of three trim levels) the standard analogue instrument cluster is replaced by a 12.3-inch digital display. In this first iteration of the system for Kia, there’s little in the way of customisation offered, but this should come in the future. At least the graphics are crisp and easy to read.

Interior space is on a par with the conventional Ceed hatch rather than a full-size SUV. The XCeed rides on the same platform as the Ceed hatchback, but it’s 85mm longer – most of the extra is added to the rear overhang – and 48mm taller. At 426 litres, the boot has grown 31 litres larger than in the Ceed hatch. From a practical point of view, then, it’s better to consider the XCeed as a roomy hatchback than a full-size SUV.

Under the bonnet, there are two petrols and two diesels to choose from. At the bottom of the tree sits a 1.0-litre turbocharged petrol with 118bhp, with a 138bhp 1.4-litre above it. Diesel buyers have a choice between a 1.6 litre unit making either 118bhp or 134bhp.

The 1.4-litre engine is predicted to be the most popular model with private buyers. Performance is strong enough, but it can sound a little strained under hard acceleration. Likewise the diesel, which is clattery under similar situations. Diesel buyers might be best off waiting for a few months longer: in early 2020, both diesel units will be paired with a 48-volt mild hybrid setup, which should provide a modest boost to fuel economy. Prices are yet to be confirmed, but should only increase costs by a couple of hundred pounds – barely noticeable when subsumed into monthly finance payments.

Each engine in the range comes as standard with a six-speed manual gearbox, while the 1.4-litre turbo is also available with a dual clutch auto: a transmission we’d steer clear of. The extra £1,100 buys you a laggy ‘box which slurs lazily away from the line and flares up the revs with excessive clutch slip. The manual alternative is better, but a clunky, occasionally obstructive shift means even this doesn’t trouble the best in the class.

You need to step up to the ‘3’ trim for the new, larger infotainment system. Other upgrades for the 3 include 18-inch wheels, privacy glass, part faux leather seats (those in the front, like the steering wheel, are heated) a push button start and dual zone climate control. With prices starting from £23,295, it costs £2,500 more than the ‘2’.

The top spec First Edition model is only available with the 1.4-litre turbo petrol engine and costs £28,095 for the manual and £29,195 as an auto. It adds a panoramic sunroof, an electrically-adjustable driver’s seat, a JBL sound system, a powered tailgate and wireless phone charging.