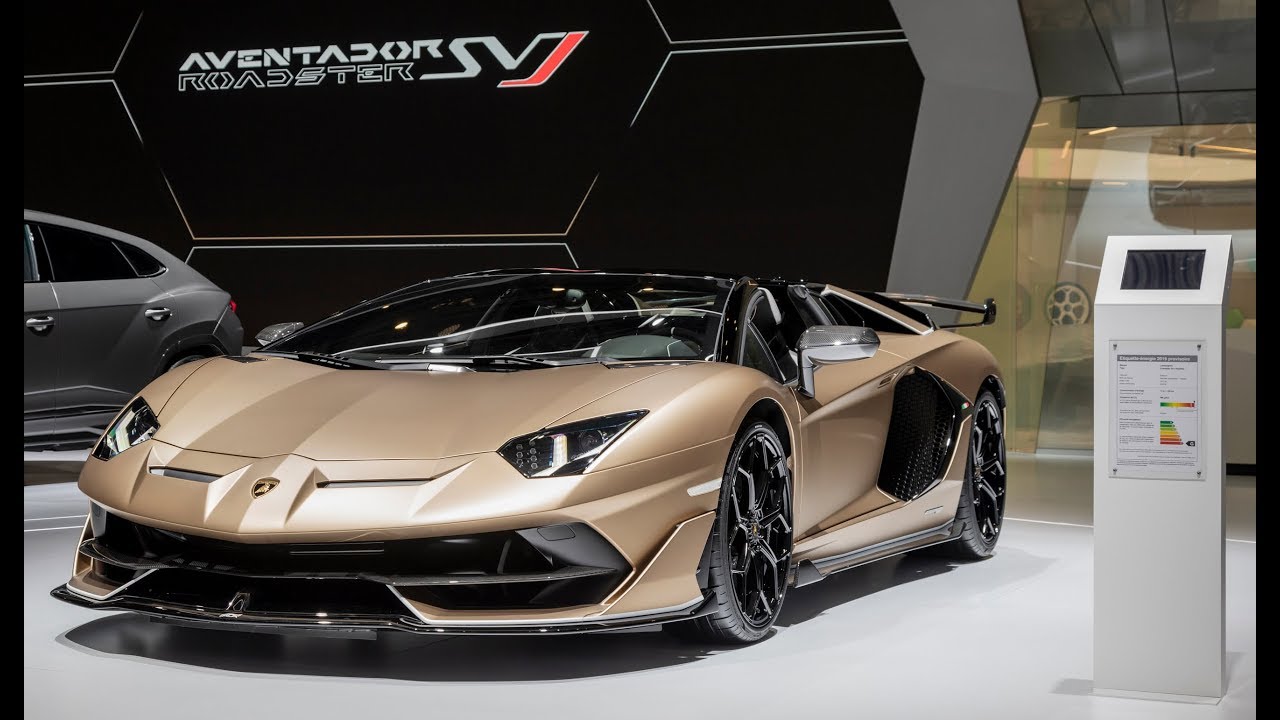 The Roadster follows in the footsteps of the existing Aventador SVJ, with a lofty 770 horsepower at 8,500 RPM and 531 pound-feet of torque from its 6.5-liter V12. It is, Lamborghini says, the company’s most powerful series-production V12 ever, with changes to extract more power including tweaks such as titanium intake valves, a new intake manifold and a revised cylinder head. The 0-to-62-miles-per-hour run takes just 2.9 seconds.

To keep weight to a minimum, the SVJ Roadster’s convertible roof is a carbon-fiber affair that stows in the frunk and can be released by way of quick-release levers inside the cabin. All told, the Roadster weighs just 110 pounds more than the SVJ Coupe.

New bodywork not only gives the SVJ Roadster a racier look but also helps with performance. Larger air intakes and side fins help contribute to 40 percent more downforce than the prior Aventador SV Roadster. There is, of course, a massive rear wing and large twin exposed exhausts protruding from the rear fascia.

The power-operated rear window can open or close, regardless of whether the roof is open, allowing it to serve as a windblocker or provide more ventilation. And the built-in touchscreen infotainment system features navigation and Apple CarPlay support.

The Lamborghini Aventador SVJ Roadster will reach customers this summer, with US pricing listed from $573,966 before any options and taxes.