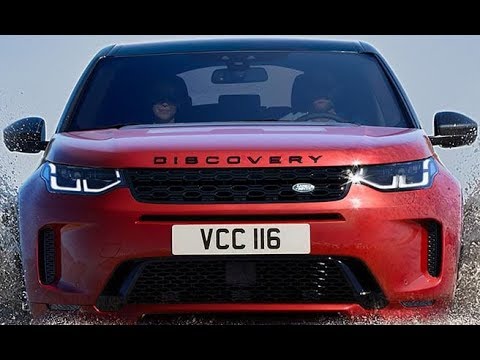 Specifically, buyers can choose from mild hybrid and plug-in hybrid models, with the latter due to go on sale late this year and offer a zero-emissions driving range of at least 30 miles. It will be powered by a three-cylinder petrol engine and electric motor, and is said to have average CO2 emissions of just 45g/km.

First to arrive, though, are the mild hybrids, where a small electric motor assists a 2.0-litre petrol or diesel engine to reduce the load on it, and consequently improve efficiency. This set-up is standard on all automatic Discovery Sports, and is enough for CO2 emissions of as little as 144g/km and fuel economy of up to 40.9mpg.

The fact that the four-wheel drive system can now shut down power to the rear wheels during steady cruising also contributes to these figures. But the most frugal model of all at launch is the 148bhp diesel with a manual gearbox – the only Discovery Sport without four-wheel drive and hybrid technology. This manages up to 47.8mpg in official WLTP tests.

In addition to introducing new engines, Land Rover has moved the Discovery Sport onto the underpinnings of the latest Range Rover Evoque, in an effort to reduce noise and vibration, and improve interior space. Meanwhile, exterior design changes include new front and rear bumpers, a redesigned front grille and LED headlights.

As before, both five and seven-seat versions are available, but the touchscreen infotainment system has been enlarged to 10.25in (previously an 8.0in screen was standard) and now features Apple CarPlay and Android Auto smartphone mirroring.
2020 Land Rover Discovery Sport interior

Other new technology includes a ‘smart rear-view mirror’, which can display an image from a rear-mounted camera – useful when your luggage or passenger’s heads are blocking your view – and a system which shows you what the area underneath your bonnet looks like to help you avoid kerbing a wheel.

Prices start from £31,575, which is a slight increase on the outgoing car, but still makes the Discovery Sport significantly cheaper than key rivals such as the Audi Q5, BMW X3 and Volvo XC60.