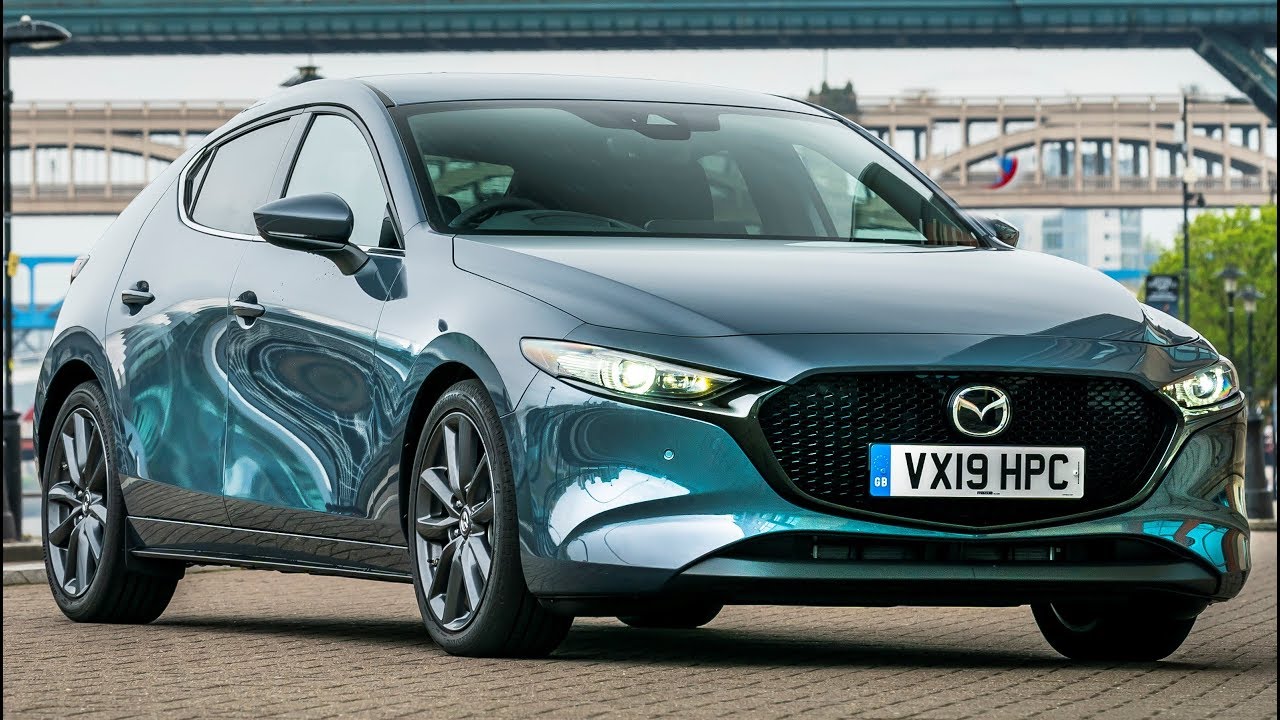 Mazda’s sustainability strategy is expressed in its ‘Sustainable Zoom-Zoom 2030’ long-term technology development programme. As part of this vision for solving issues that impact the earth, Mazda applies a well-to-wheel philosophy. This end-to-end approach looks at carbon dioxide emissions throughout all stages of fuel extraction and vehicle operation. Viewed from this holistic perspective, internal combustion engines are forecast to continue powering most of the world’s motor vehicles in the future – Mazda will therefore work continually to improve the combustion efficiency and performance of its engines. At the same time, its engineers will gradually integrate electric drive technologies, such as the mild hybrid system used by the Mazda3’s Skyactiv-G 2.0 engine and the soon to be launchedSkyactiv-X engine. In keeping with the latest Euro 6d-TEMP emissions regulations, all engines used in the All-New Mazda3 are homologated according to the requirements of the WLTP/RDE test cycle.

At launch the All-New Mazda3 is offered with a choice of 122ps 2.0-litre Skyactiv-G or 116ps 1.8-litre Skyactiv-D diesel engine, while Mazda’s innovative Skyactiv-X Spark Controlled Compression Ignition engine will go on sale later in 2019. With the exception of the flagship GT Sport Tech, which is offered exclusively with the 122ps Skyactiv-G engine, all trims are offered with both diesel and petrol engines, while a choice of six-speed Skyactiv-MT manual or six-speed Skyactiv-Drive automatic transmissions is offered across the entire range.

While it is based on the 2.0-litre petrol engine found in the outgoing third-generation Mazda3, the latest Skyactiv-G 2.0 high-efficiency direct injection petrol engine found in the All-New Mazda3 features a host of new features including Mazda’s new Mazda M Hybrid system. The result is strong dynamic performance combined with excellent fuel economy and low particulate matter exhaust emissions. The unit develops 122 PS at 6,000 rpm and maximum torque of 213 Nm at 4,000 rpm. With a manual gearbox, it combines a combined fuel consumption of 44.8-45.6mpg – depending on trim/wheel size.

Compared to previous iterations of the engine, an upgraded piston skirt and optimised oil ring profile reduce mechanical friction, while the coolant control system promotes quick engine warm-up to reduce fuel consumption. Combustion noise has been refined and enhanced efficiency achieved through the optimisation of the piston top profile and multi-stage injection. And high pressure fuel atomisation from the injectors increases combustion efficiency by preventing fuel adhesion to the combustion chamber walls.

Another first for the All-New Mazda3 is cylinder deactivation. Fuel economy in the evolved Skyactiv-G 2.0-litre is increased by virtually shrinking the displacement of the engine when possible. The system automatically switches between two-cylinder and four-cylinder operation depending on the driving conditions. Thus, the system shuts down cylinders one and four in light-load situations, such as when cruising at a constant speed. This reduces pumping loss and mechanical resistance.

Further adding to the efficiency of the All-New Mazda3, Mazda’s new Mazda M Hybrid system is standard on the 2.0-litre Skyactiv-G and will also feature on the forthcoming Skyactiv-X engine. A compact and highly efficient 24V mild hybrid set up, the system minimises fuel consumption and supports greater gains in fuel economy by recycling energy recovered during deceleration and powering an electric motor that assists the engine. A belt-driven integrated starter generator (ISG) converts the kinetic energy recovered during deceleration into electric power and stores it in a lithium-ion battery with a capacity of 600kJ. The system then uses a DC-DC converter to convert the power to the appropriate voltage and supplies it to the car’s electrical equipment.

While, diesel sales in this segment are smaller than in the past, Mazda’s commitment to clean diesel technology continues and the 1.8-litre Skyactiv-D used in the All-New Mazda3 offers fuel economy combined with environmental credentials for outstanding driving performance. It replaces the 1.5-litre and 2.2-litre diesel engines previously used in the Mazda3 and comes with a choice of six-speed Skyactiv-MT manual or six-speed Skyactiv-Drive automatic transmissions.

The Skyactiv-D 1.8 is equipped with a NOx Storage Catalyst (NSC) system which converts nitrous oxide back into harmless nitrogen, dramatically reducing NOx emissions for enhanced environmental performance. The unit develops 116ps at 4,000 rpm and maximum torque of 270 Nm at 1,600-2,600 rpm. With a manual gearbox It combines an average fuel consumption of 55.4 to 56.5mpg.