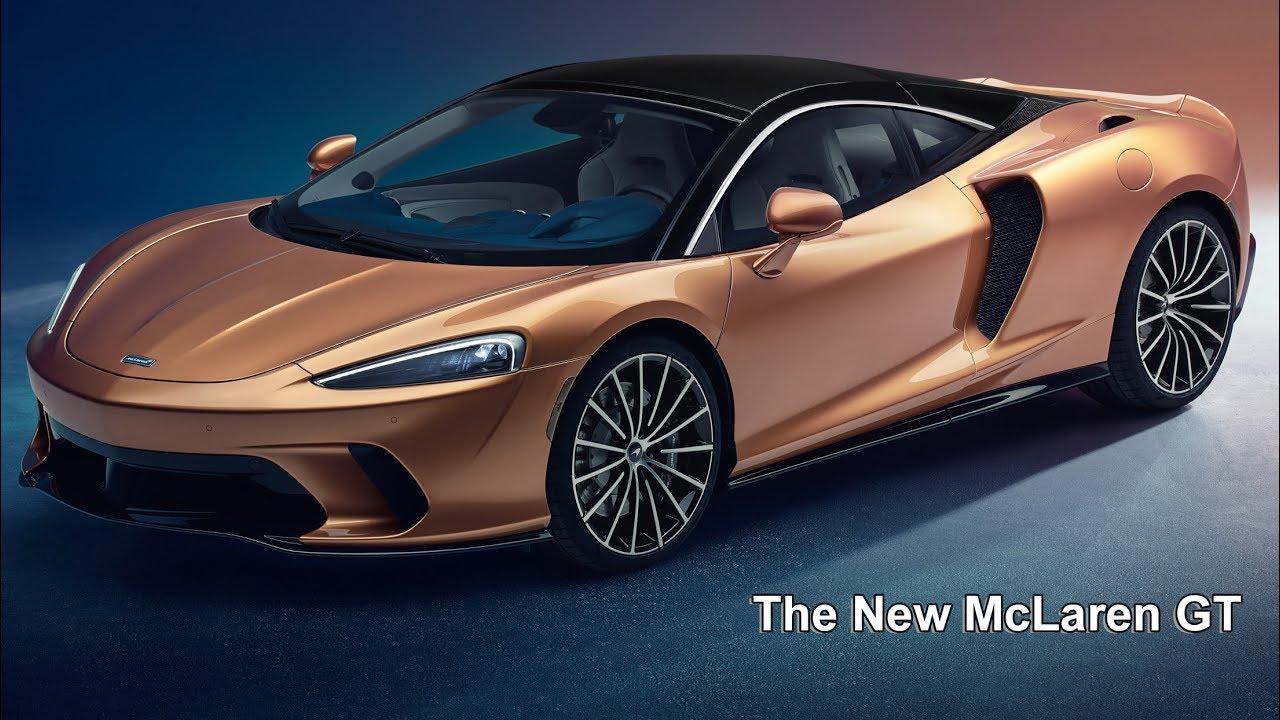 2020 McLaren GT Supercar – First LooK. McLaren, a British automaker known for its uncompromising exotic sports cars that include the 600LT and the 720S, has introduced its first-ever Grand Touring model. The aptly-named McLaren GT follows the company’s familiar formula – marry a lightweight carbon-fiber tub with a powerful turbocharged V8. However, breaking from tradition, the GT has also been engineered for comfortable long-distance cruising and day-to-day utility.

McLaren has priced the new GT from $210,000. Dealers are taking orders now with deliveries set to begin at the end of 2019.

The McLaren GT is built on a bespoke MonoCell II-T monocoque platform, which is constructed of lightweight carbon-fiber. Unlike the standard MonoCell, the MonoCell II-T (the “T” denotes “Touring”) incorporates a carbon-fiber rear upper structure that allows the addition of a unique front-hinged liftgate covering a storage area aft of the passenger compartment. As expected, the GT boasts twin dihedral doors – a McLaren signature. The McLaren GT boasts a new twin-turbocharged, 4.0-liter, V8 making 612 horsepower and 465 lb-ft of torque. Designated the M840TE, the mid-mounted engine is mated to a 7-speed Seamless-Shift gearbox (SSG) dual-clutch transmission.

According to the automaker, the McLaren GT will blast from a standstill to 60 mph in just 3.1 seconds. The sprint to 124 mph takes 9.0 seconds, with a top speed of 203 mph. Braking is equally impressive, with the stop from 124 mph taking 417 feet, and the stop from 60 mph taking about 100 feet.

The McLaren GT utilizes a lightweight aluminum alloy double-wishbone suspension at all four corners. Damping is via McLaren’s hydraulic Proactive Damping Control, which shares the company’s Optimal Control Theory management software with the 720S – the system “reads’ the road and reacts in just two milliseconds to changing driving conditions. The driver is offered a three-mode (Comfort, Sport, and Track) dash-mounted dial for ride customization.

The McLaren GT boasts an impressively light curb weight of just 3,384 pounds – with fluids and a full tank of fuel. Compared to the Aston Martin DB11 (3,880 pounds), Ferrari Portofino (estimated 3,900 pounds), and the Porsche 911 Turbo S (3,528 pounds), the McLaren is a lightweight.

McLaren fits the GT with staggered wheels, 21-inch alloys at the rear, and 20-inch alloys at the front. Bespoke Pirelli P Zero tires have been engineered to provide maximum performance, while delivering comfort and refinement. The standard brakes are iron rotors with four-piston calipers, front and rear. Carbon-ceramic brakes are optional.

The McLaren GT carries two passengers, unlike some Grand Touring models that have a 2+2 seating arrangement with vestigial back seats.

Primary storage on the McLaren GT is just aft of the passenger compartment. It is a large 14.8 cubic foot compartment that stretches to the rear of the vehicle (the tailgate has a standard soft-close function, and it may be ordered as electrically powered). A secondary storage area is located in the nose, which may accommodate an additional 5.3 cubic feet of cargo. Total luggage capacity is 20.1 cubic feet.

Engineered for grand touring, the McLaren GT will easily accommodate two passengers each over six-foot tall. Standard upholstery on the electrically adjusted and heat seats is Nappa leather (softgrain luxury leather and Alcantara are optional). In a first, McLaren will offer Cashmere as an optional upholstery in late 2019. The bucket sport seats are unique to the GT, specially designed for long-distance comfort with a focus on back and shoulder support.

McLaren doesn’t specify direct competitors, citing that its GT is unique. Being performance-focused, lightweight and powerful, it is the clear driver’s choice. That said, its logical rivals include the Aston Martin DB11, Ferrari Portofino, and the Porsche 911 Turbo S.