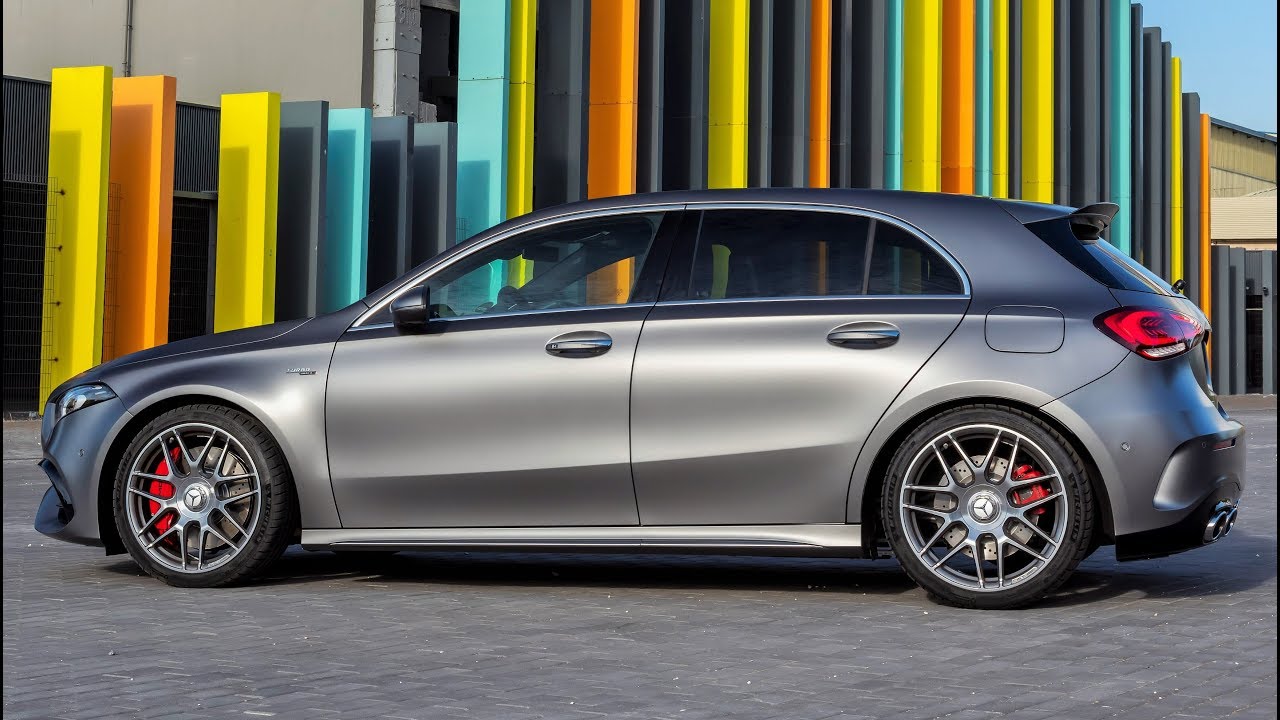 The active, fully-variable AMG Performance 4MATIC+ all-wheel drive distributes the power to the rear axle wheel-selectively by AMG TORQUE CONTROL – for top traction and the spectacular Drift mode. This is made possible by a new rear axle differential featuring two multidisc clutches – one for each rear wheel.

With an output of up to 310 kW (421 hp), the completely newly developed 2.0-litre engine is the world’s most powerful turbocharged four-cylinder manufactured for series production. Mercedes-AMG has bettered the output of the preceding engine by 30 kW(40 hp). Maximum torque has also increased from 475 to up to 500 newton metres. With an output per litre of up to 155 kW (211 hp), the new Mercedes-AMG high-performance turbo engine even ranks ahead of many well-known super-sports car engines. The new, highly efficient powerpack is produced on an innovative production line in Affalterbach, on the “One Man, One Engine” principle.

This positioning logic has already proved successful for the AMG Performance models with a V8 engine, and meets individual customer wishes even better. The new compact sportscars absolve the sprint from zero to 100 km/h in record time: the A 45 S 4MATIC+ requires only 3.9 seconds (CLA 45 S 4MATIC+: 4.0 seconds), while the basic A 45 4MATIC+ model absolves this discipline in 4.0 seconds (CLA 45 4 MATIC+ in 4.1 seconds). The top speed of the basic models is electronically limited to 250 km/h, while the S-models are capable of up to 270 km/h ex factory. With the optional AMG Driver‘s Package, the top speed can also be increased to 270 km/h for the basic variants.

Apart from its performance figures, the new engine impresses with its immediate response. To this end the torque curve was carefully balanced (“torque shaping”): The maximum torque of 500 Nm (480 Nm in the basic variants) is available within a range of 5000-5250 rpm (4750-5000 rpm in the basic variants). With this configuration the AMG engineers have achieved a power delivery akin to a naturally aspirated engine. The engine developers were able to realise a dynamically increasing torque curve in the lower engine speed range, thereby improving throttle response. The increasing torque at higher rpm makes the engine more free-revving. Moreover, the high maximum engine speed (up to 7200 rpm) emphasises the engine’s sporty character.

To reduce friction between the pistons and cylinders, the linings are coated using patented NANOSLIDE technology. This gives the linings a mirror-like surface for minimal friction, is twice as hard as conventional grey cast-iron liners and therefore makes them much more durable. NANOSLIDE was developed by Daimler AG, and is protected by more than 90 patent families and more than 40 patents. This coating was first used in AMG’s M 156 V8 engine, has enhanced other AMG engines for many years and can also be found in the Formula 1 engine of Mercedes AMG Petronas Motorsport.

Turbocharging and direct injection with a spray guided combustion process not only allow a high power yield, but also improve thermodynamic efficiency and therefore reduce both fuel consumption and exhaust emissions.

For the first time, the new high-performance four-cylinder has two-stage fuel injection. In the first stage the particularly fast and precisely operating piezo injectors supply fuel to the combustion chambers at a pressure of up to 200 bar. This is a multiple process at times, and is controlled by the engine management system as required.

In the second stage there is additional intake manifold injection using solenoid valves. This is needed to achieve the engine”s high specific output. The electronically controlled fuel supply has an operating pressure of 6.7 bar.