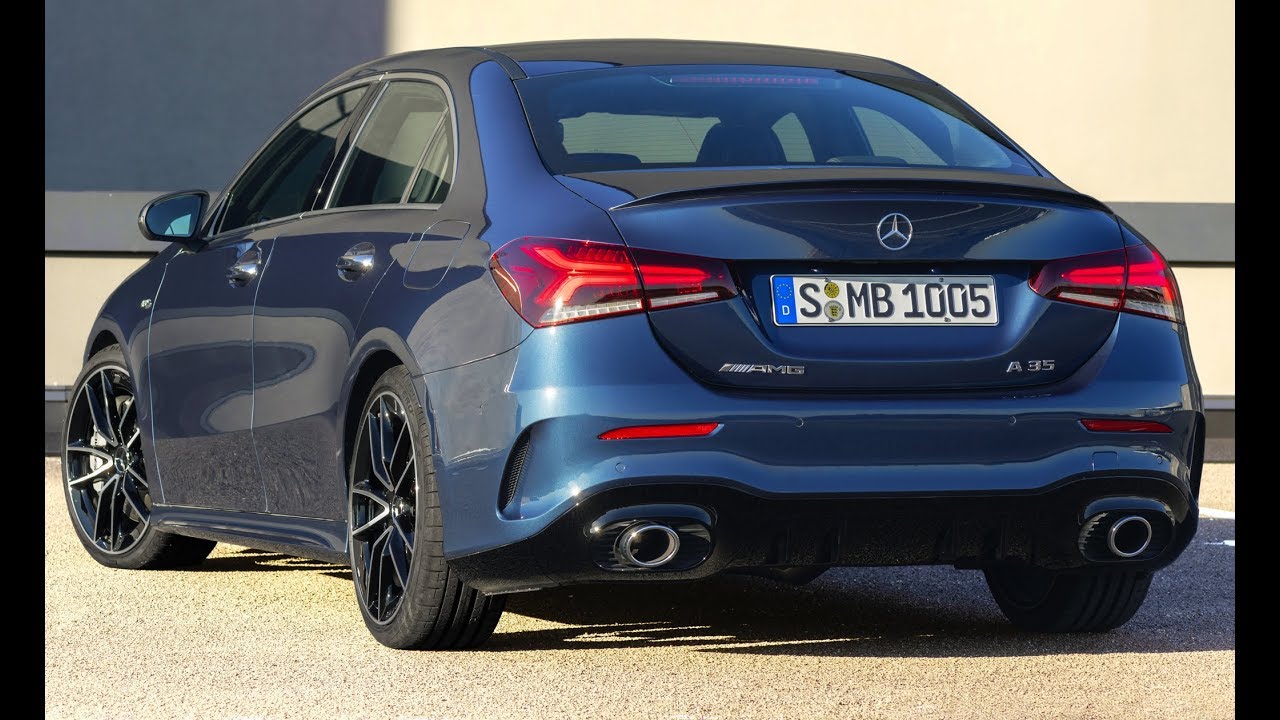 2020 Mercedes AMG A35 4MATIC Sedan – Interior, Exterior and Drive. Mercedes’ new A-Class is a real honey — a solid entry in the compact premium car space. But if the 188-horsepower A220 isn’t quite enough for you, Mercedes will soon have you covered. Say hello to the Mercedes-AMG A35, which the German automaker officially unveiled Tuesday.

The heart of the AMG A35 is a turbocharged, 2.0-liter I4 engine, producing a respectable 302 horsepower and 295 pound-feet of torque — healthy increases over the aforementioned 188 horsepower and 221 pound-feet available in the A220. This engine mates to a seven-speed, dual-clutch transmission, and power gets to the ground via Mercedes’ 4Matic all-wheel-drive system.

As its name suggests, the A35 isn’t quite as powerful as the outgoing CLA45 sedan; the latter made a bonkers-by-comparison 375 horsepower and 350 pound-feet of torque. But we’ll also bet our bottom dollar Mercedes has higher-output AMG versions in the works — not to mention boosted variants of the new CLA-Class sedan, too.

Still, the AMG A35 should be a competent performer. Mercedes-Benz says the sedan will accelerate to 60 miles per hour in 4.7 seconds, which is about the same as the 280-horsepower Audi S3 with which the A35 will most closely compete.

The A35 will come with retuned, speed-sensitive, variable sport steering, as well as larger brakes and a stiffer suspension (with optional adjustable dampers), all of which should make the sedan more enjoyable to drive. The base A220 is already a lovely steer, so we expect good things from its higher-power sibling.

Inside, the A35 will pack all the same luxury and tech features as the A220 sedan, including Mercedes’ new MBUX infotainment tech. With its pair of high-resolution screens, augmented reality navigation overlays and natural-speech voice control, MBUX offers one of the best infotainment setups in the premium space.

The Mercedes-AMG A35 Sedan will greet the public for the first time at the New York Auto Show in April, and should arrive in dealerships near the end of 2019. Pricing hasn’t been announced just yet, but since the A220 4Matic sedan starts at $34,500 before options, expect AMG A35 pricing to start somewhere around $45,000.