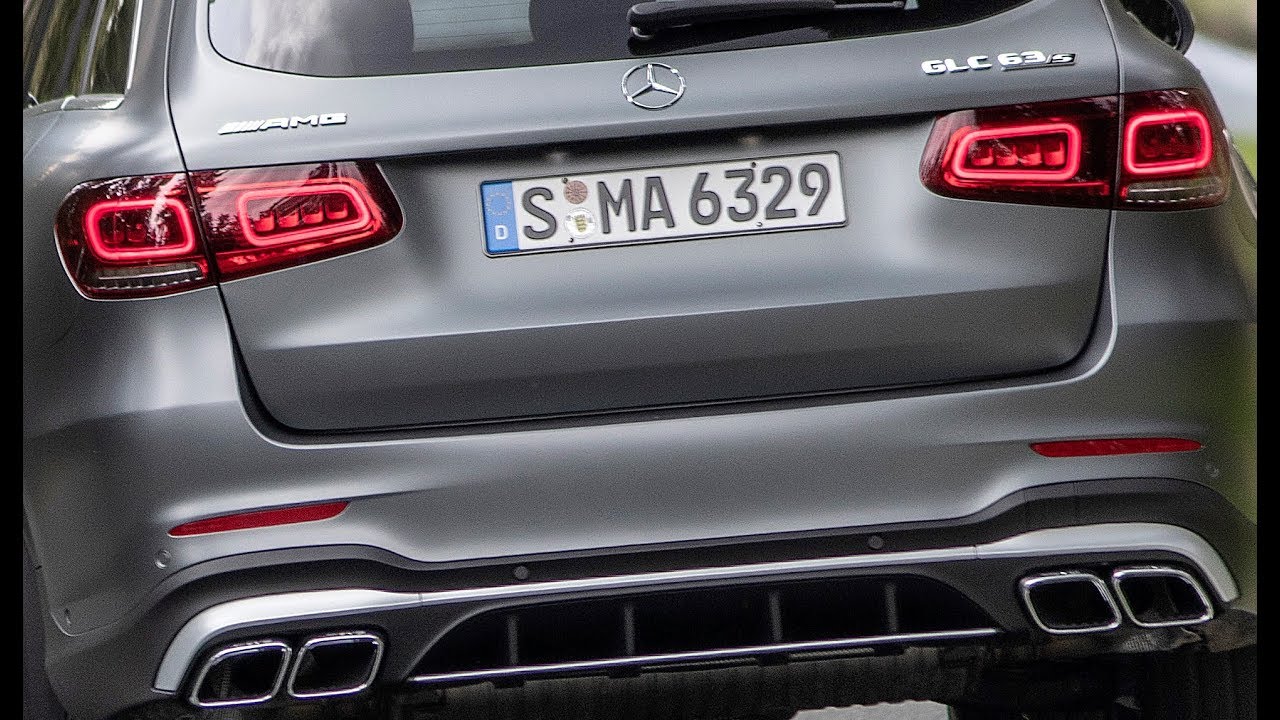 2020 Mercedes AMG GLC 63 S – Wild mid-size SUV. The Mercedes-Benz GLC-Class is in a good spot. This tall-sided C-Class analogue finds itself in a market that’s hungry for quality luxury vehicles and even more hungry for crossovers, and its sales have grown steadily since its debut in late 2015.

Five-ish years is a long time to wait for a midcycle refresh, but in this instance, time is irrelevant. The GLC was a good SUV from the start, and now, it’s even better thanks to some clutch updates that will more than keep up with the Joneses when it hits the US later this year.

For those who prefer their luxury with an added kick to the teeth, there’s the Mercedes-AMG GLC63. This bad boy is offered in two flavors. The standard GLC63 rocks a 4.0-liter, twin-turbocharged V8 engine, good for 469 hp and 479 lb-ft of torque, and it’s available in both SUV and Coupe variants. The Coupe gets an extra tier of oomph, however, by way of the GLC63 S, which bumps output to a meaty 503 hp and 516 lb-ft. Both variants look significantly more aggressive, and Coupe variants come equipped with a silly rear spoiler that looks like the automotive equivalent of a flat-bill baseball cap with the sticker still on it.

The trees are a lot blurrier behind the wheel of this one. The general feel is the same as the GLC300, because it’s still the same SUV underneath, but the sense of urgency is so much higher. Its nine-speed transmission uses multiple clutches instead of a torque converter, and while it’s a little clunkier at low speeds, the shifts are quick and painless at speed, adding numbers to the speedometer in a fashion usually reserved for low, lithe sports cars.

Adjustability is the name of the game on the GLC63. While the usual buttons to adjust suspension, transmission and engine characteristics hang out near the touchpad on the center console, there’s also a pair of clever little dials on the steering wheel that offer easier access to this configurability while driving — think of it like the “manettino” on Ferrari’s cars, but with screens inside each pod. The standard air suspension is best left in its most comfortable mode, soaking up a decent amount of road nastiness despite low-profile tires and big ol’ alloy wheels, but the engine can be turned up to Sport or Sport without any detriment to livability. An active exhaust system is also standard, and heaven help you if you don’t leave the pipes uncorked as often as possible; the sound is just too good to muffle.

The GLC63 S came in the shapelier Coupe variant. Adding that extra fashion has few downsides: There’s still ample headroom in the second row for a 6-foot-tall passenger, and the slightly smaller cargo area won’t even be noticed unless you’re regularly stuffing the thing to the gills. Rearward visibility, or the lack thereof, is a small sticking point, but that’s about it. If you want the full-fat AMG S variant, you’re going to have to like the fastback.

The Mercedes-Benz GLC’s segment is thick with quality competition, whether it’s the BMW X3 and X4, the Audi Q5 or the Volvo XC60. The Merc has been in a knock-down, drag-out fight for the top spot, and while its competitors do offer solid blends of luxury and sport, none do it as well as the GLC-Class. With these changes for the 2020 model year, it’s harder than ever to recommend anything else.