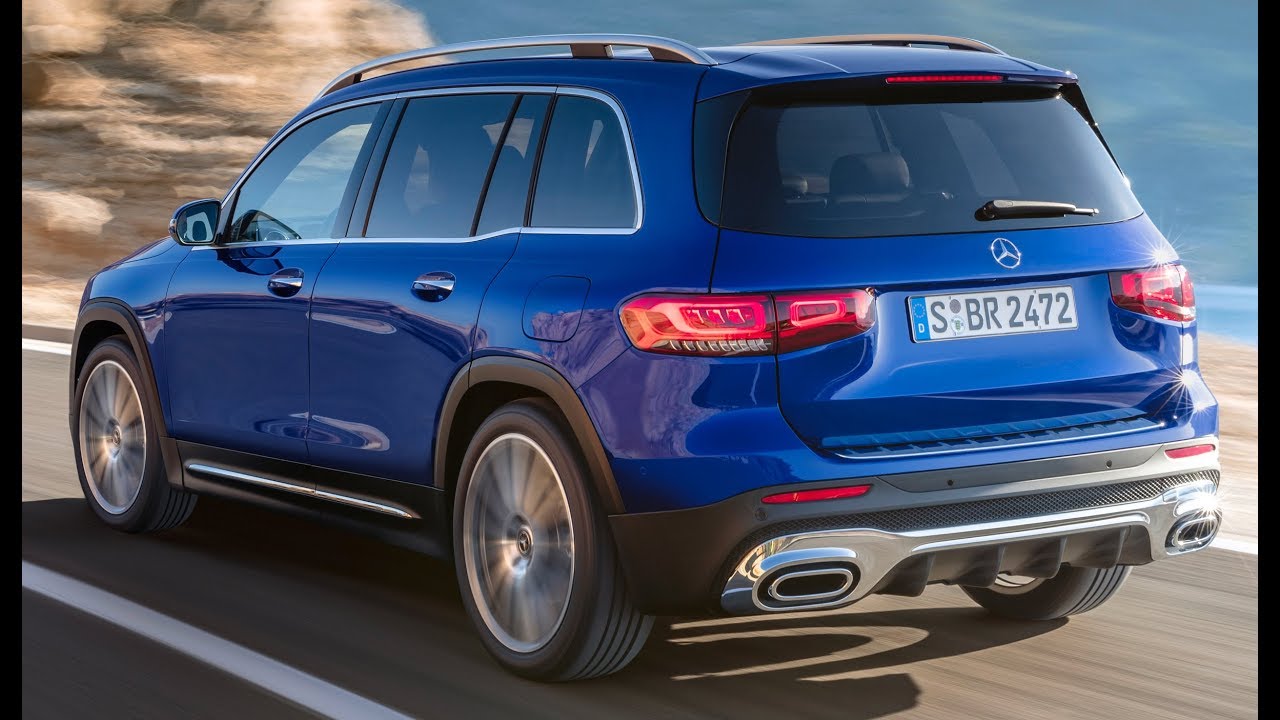 2020 Mercedes Benz GLB – The all new 7 seater compact SUV. The Mercedes-Benz GLB-Class debuted at the Shanghai Motor Show in April, albeit in concept form. It didn’t take too long, however, for Mercedes-Benz to drop all the deets about what to expect when the GLB-Class makes its way to the US.

Mercedes-Benz on Monday unveiled the production spec of the 2020 GLB-Class. It ditches the off-road ruggedness of its conceptual forebear, but make no mistake, the automaker still says it’s plenty ready for the dirt, even without its fender flares and blocky all-terrain tires. In production guise, it appears to be a compact luxury crossover with a lot of interior space and all the trimmings we’ve come to expect from a Mercedes-Benz at this juncture.

The GLB isn’t as big as its blocky, GLS-based looks might imply. Its wheelbase is 5.1 inches longer than the GLA-Class, while being 1.7 inches shorter than the GLC-Class. In its two-row, five-seat configuration, there’s 20 cubic feet of space behind the rear seats, and folding down the second row expands that figure to 62 cubes. The seats can also be shuffled forward to add just 6 cubic feet, should the need arise.

Third rows in compact SUVs are usually penalty boxes, but this optional setup doesn’t appear to be very sparsely equipped. Third-row passengers are covered by the side window airbag, which extends from the second row. There are anchors for two child seats in the third row, as well, which means the GLB can handle up to four child seats simultaneously. Way-back occupants also get two cup holders, two compartments for storage and two USB-C ports. Lay the seats down, and they create a totally flat load floor to expand cargo space.

The GLB looks a fair bit beefier than both the GLA and GLC, borrowing much of its silhouette from the much-larger GLS. Inside, the dashboard is a little different from other small Mercs, but it’s still plenty familiar, with its circular vents, interesting dashboard layering and the panoply of switchgear found in every other modern Mercedes. It’s not cheaping out because it’s small.

In the US, we’ll get a single spec of GLB. The GLB250 wields a 2.0-liter turbocharged inline-4, good for 221 horsepower and 258 pound-feet of torque, which is enough to get the SUV to 60 miles per hour in 6.9 seconds with all-wheel drive. The sole available transmission is an eight-speed dual-clutch unit, and while front-wheel drive is standard, all-wheel drive is also available.

There’s a surprising amount of standard equipment in this bad boy. MBUX, Mercedes-Benz’s latest infotainment system, is standard on a 7-inch screen, mirroring a 7-inch digital gauge cluster, but both can be optioned up to 10.25 inches, and both sizes receive Apple CarPlay and Android Auto. LED headlights are standard, as are power driver and passenger seats, fog lights, dual-zone climate control and keyless entry. On the safety front, automatic emergency braking and crosswind assist are standard.

Of course, it’s a Mercedes-Benz, so it has plenty of optional equipment, too. In addition to larger screens, buyers can opt for embedded navigation with augmented-reality displays on the touchscreen, parking sensors, a surround-view camera, massaging seats, a Burmester audio system, a panoramic sliding roof, 64-color ambient lighting, a head-up display and adaptive dampers.

The 2020 Mercedes-Ben GLB-Class goes on sale in late 2019, and pricing will likely be announced closer to that time.