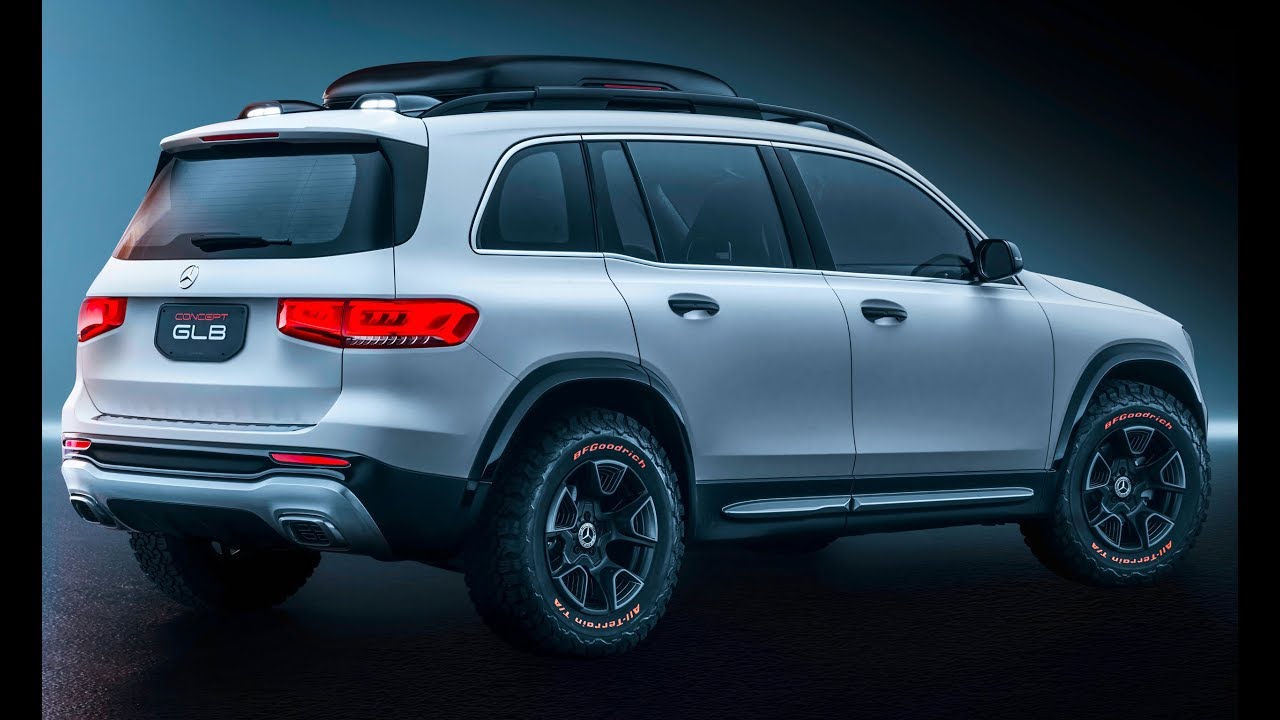 2020 Mercedes GLB – Rugged Compact SUV with 7-seats. These days, there’s always room for another sport utility in an automaker’s lineup. It’s true on America’s SUV-hungry roads and true in the growing Chinese auto market, which is likely why Mercedes-Benz chose the 2019 Shanghai Motor Show to test out squeezing a new Concept GLB into its compact SUV line.

At 184-inches from the rooter to the tooter, the Concept GLB slots in between the Mercedes-Benz’s subcompact GLA and slightly less compact GLC sport utes. However, the concept’s longish 111-inch wheelbase frees room in the cabin for three rows and up to seven passengers. Those dimensions place the GLB pretty close to Volkswagen’s new three-row Tiguan SUV in terms of scale.

The third row consists of two individual seats that fold flush into a recess in the floor, giving the choice between between room for a pair of “medium-sized” rear occupants or a flat, spacious cargo area. The second row boasts a few tricks of its own including folding for access to the way-back and the ability to slide 5.5-inches fore-to-aft to free up “generous legroom” in its five-seat configuration.

On the outside, the Concept GLB features a slick take on rugged, off-roading details with glossy black cladding around the wheel arches; arches filled with chunky wheels and even chunkier off-road tires. LED auxiliary spotlights illuminate from the roof, matching the LED headlamps and integrating into the glossy black roof rack and cargo box.

The SUV itself features a more upright roofline than the GLA or GLC, capping off its more squared-off shoulders. The sheetmetal is slathered in “designo cashmere white magno paint” and contrasted by bright orange highlights in the grille, mirror housings and tire lettering. The large, boxy greenhouse makes for an airy, spacious cabin trimmed in chestnut brown nappa and nubuk leather, honeycomb patterned walnut and metal detailing and even more orange highlights.

The Concept GLB’s engine room has been realized with a production powertrain. Here, you’ll find Mercedes-Benz’s 2.0-liter M260 turbocharged, four-cylinder engine converting gasoline into 224 horsepower and 258 pound-feet of torque, which it sends through an 8-speed dual-clutch automatic transmission. Before the torque reaches the tarmac, it gets split between the contact patches via a front-biased version of Merc’s 4Matic all-wheel drive system with three different “Dynamic Select” drive modes. Comfort defaults to an 80:20 front-to-rear split for better economy, Sport shifts more torque to the rear with a 70:30 split and Off-road maintains a balanced 50:50 split for maximum traction.

From where I’m standing, Concept GLB is looking pretty darn close to production ready with its shared platform, familiar tech and very fleshed-out powertrain. A Chinese market debut seems likely, but Benz is no doubt doing the math on America’s thirst for compact seven-seaters like the aforementioned Tiguan. For now, however, Concept GLB is just that: A concept and an exploration of future Mercedes-Benz design.