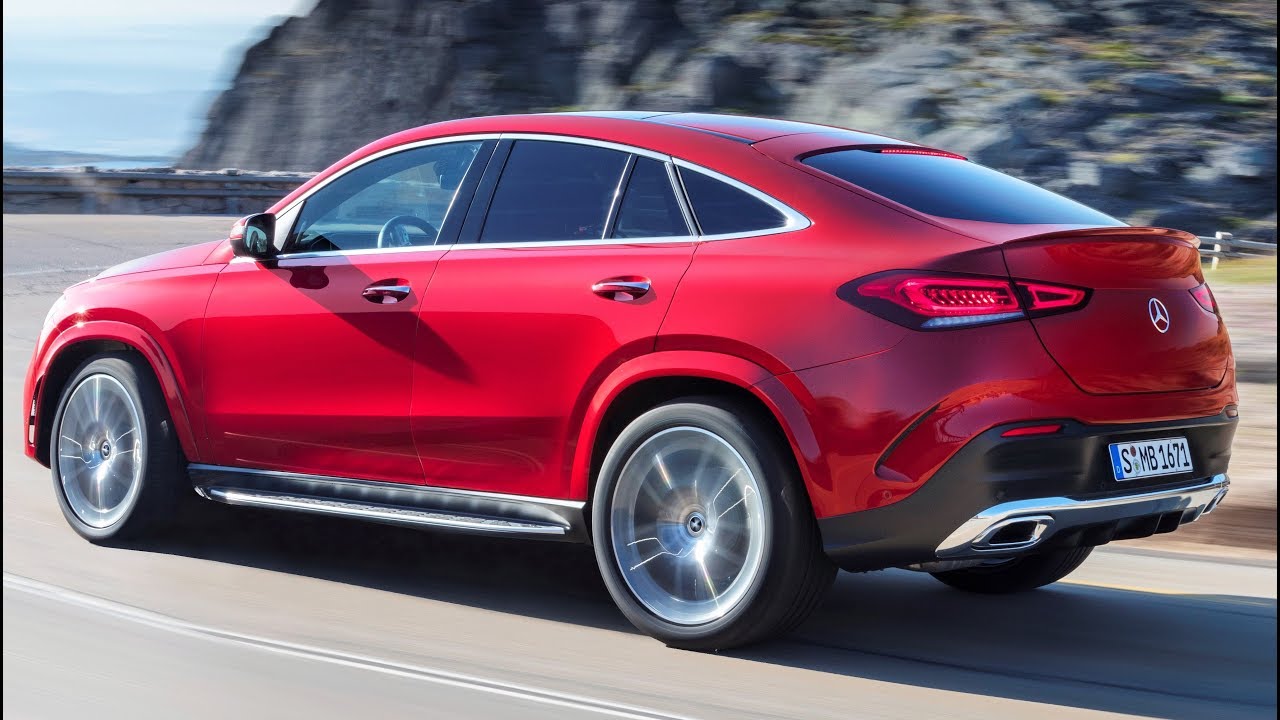 The highlights of the Mercedes-Benz GLE Coupe

– The exterior design places a stronger emphasis on the coupé-specific elegance and sportiness.
– Improved aerodynamics cut the wind resistance by nine percent compared with the predecessor, with the same front surface.
– The chassis with the optional AIRMATIC air suspension and the E-ACTIVE BODY CONTROL active suspension running on 48 V meets the most discerning requirements regarding vehicle dynamics and comfort on and off the road. It is specially tuned for vehicle dynamics, through to a more direct steering ratio than on the other cars in this model series.
– The interior with contemporary luxury of a sporty nature offers a more comfortable amount of space than the predecessor.
– The latest generation of the MBUX (Mercedes-Benz User Experience) infotainment system is on board, with its intuitive operating structure and brilliant graphics with a high visual quality.
– The new six-cylinder in-line diesels from Mercedes-Benz offer power and motoring comfort.

The new GLE Coupé is a stately 4939 mm long and 2010 mm wide (39 mm longer and 7 mm wider than its predecessor). The wheelbase has grown by 20 mm compared with the predecessor, but remains 60 mm shorter than that of the GLE, which benefits its sporty handling as well as its appearance. The proportions thus emphasise the dynamics of the GLE Coupé.

The front view combines characteristics of the Mercedes-Benz SUV family with clear coupé attributes: the diamond radiator grille with the single horizontal louvre references the other coupés in the Mercedes-Benz range. The openings in the louvre, meanwhile, showcase the SUV character, as does the high-gloss chrome-plated underguard in the front apron. With the AMG Line the grille widens downwards in an A shape, and the pins in the diamond radiator grille are portrayed in chrome.

This is achieved, among other things, with an additional selective catalytic reduction (SCR) converter with an ammonia slip catalyst (ASC) in the exhaust tract of the GLE Coupé. This allows dosing of the AdBlue® reducing agent that is even more closely aligned with the individual driving characteristics because any excessive ammonia surplus in the second SCR converter is broken down further.

Power on tap, i.e. torque on demand, is also the power transmission motto. Because all variants of the new GLE Coupé have a transfer case with an electronically controlled multiplate clutch as standard behind the 9G‑TRONIC automatic transmission. This allows a variable transfer of drive torque from 0-100 percent (torque on demand) between the axles. During cornering it can influence the yaw torque in a targeted manner towards over- and understeering of the vehicle and together with the shorter wheelbase it increases the agility of the new GLE Coupé.

As standard the new GLE Coupé is given the steel suspension chassis with sportier and tauter tuning. Compared with the preceding generation it benefits from firmer attachment points and improved geometry and offers even more precise wheel location and better shielding from vibrations caused by unevenness in the road surface. The enhanced air suspension system AIRMATIC is available with sporty tuning as an option. Its adaptive adjustable damping uses highly complex sensor systems and algorithms to adapt the damping characteristics to the road condition and driving situation in real time. Irrespective of the load the air suspension also keeps the vehicle at the same level and can also adjust the ground clearance – automatically or at the press of a button depending on the driving speed and situation.

A further improvement is offered by the optional E-ACTIVE BODY CONTROL suspension, which is combined with the AIRMATIC air suspension system. This is the only system in the market that can individually control spring and damping forces at each wheel. This means that it not only counteracts body roll, but also pitching and squat. Together with ROAD SURFACE SCAN and the curve inclination function CURVE, E-ACTIVE BODY CONTROL makes a synthesis of roadholding and comfort possible, and supports the claim of Mercedes-Benz to build the world’s most intelligent SUV suspension.