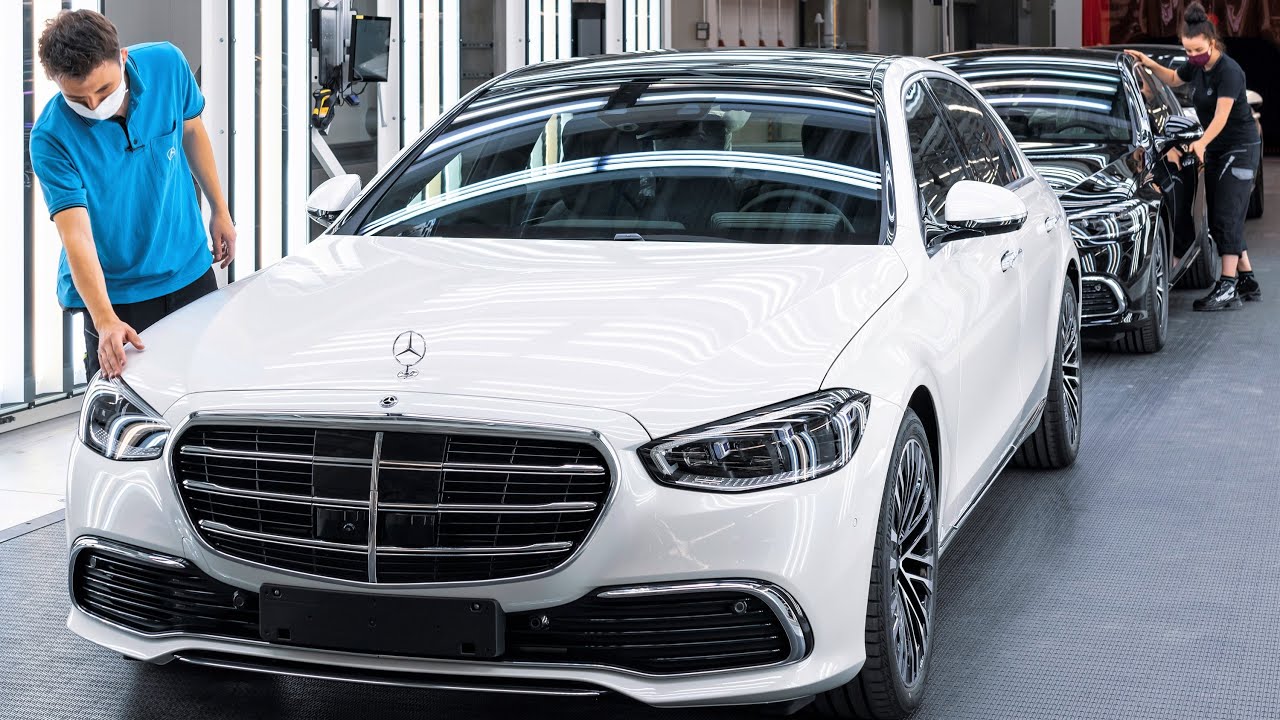 At the same time, the company is increasing efficiency in Factory 56 by 25 percent compared to the previous S-Class assembly. Production in Factory 56 is characterized by maximum flexibility; this applies to the number of models produced and the production volume as well as to material flows. New models – from compact cars to SUVs, from conventional to plug-in hybrid to electric drive – can be integrated into series production in just a few days. Production can be adjusted quickly and flexibly to meet market demand. In line with Ambition 2039, Factory 56 will be a zero-carbon factory – completely CO2-neutral and with significantly reduced energy requirements. This is made possible, among other things, by its innovative energy concept with a photovoltaic system, a DC power grid and energy storage systems based on reused vehicle batteries. Innovative technologies and processes have been implemented consistently and comprehensively throughout the assembly hall, providing the best possible support for the employees in their daily work. The concept of Factory 56 will be gradually transferred to all Mercedes-Benz car plants around the world as a blueprint.

The most important feature of Factory 56 is maximum flexibility. On only one level, Factory 56 can perform all assembly steps for vehicles of different designs and drive systems – from conventional to all-electric drive. At first, the new generation of the Mercedes-Benz S-Class sedan and long-wheelbase version will drive off the production line in Factory 56. Later, the Mercedes-Maybach S-Class and the EQS, the first all-electric member of the new S-Class family, will also be produced on the same line. The assembly hall is 100 percent flexible, so that all Mercedes-Benz model series can be integrated into ongoing production in the shortest possible time, depending on demand – from compact vehicles to SUVs.

The assembly system of the future gives the entire production a more flexible structure. Two so-called TecLines serve to avoid fixed points in the assembly process, improving the flexibility of the entire factory. They bring together all the complex plant technologies at one point. This means that conversion work necessitated by the integration of new models, for example, is easier to carry out in the other areas of the assembly hall. In the TecLines, the traditional production line is replaced by driverless transport systems. To integrate a new product and incorporate any associated new technical equipment, it is only necessary to change the route of the automated guided vehicle (AGV). A total of more than 400 AGVs are in operation in Factory 56.