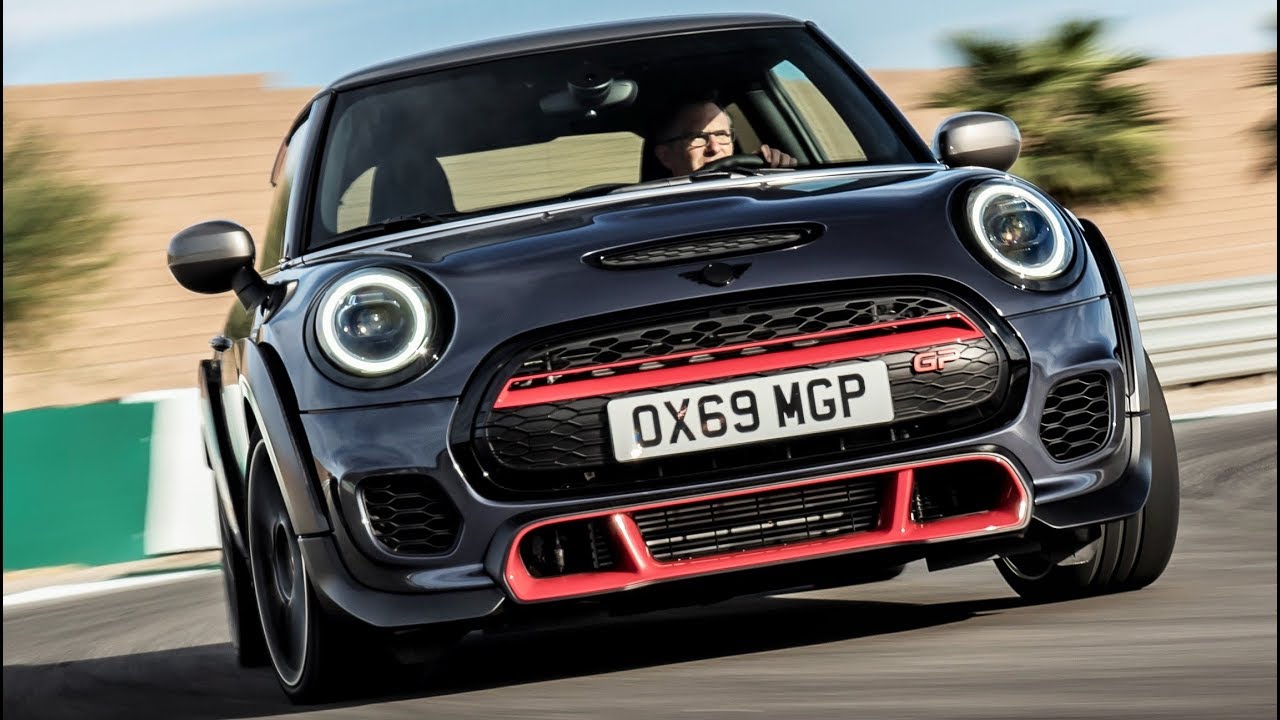 The new MINI John Cooper Works GP: an overview of the highlights.

The extensive modifications to the basic engine and to the MINI TwinPower Turbo Technology result in a particularly spontaneous response to every movement of the accelerator pedal as well as continuous development of power up into the high engine speed range. The 4-cylinder engine develops its maximum torque of 450 Nm at a speed of 1 750 rpm, maintaining this torque up into the 4 500 rpm range. The maximum output of 225 kW/306 hp is available between 5 000 and 6 250 rpm.

The resulting pulling power can be used for exceptionally spirited acceleration manoeuvres. The new MINI John Cooper Works GP sprints from a standing start to 100 km/h in just 5.2 seconds. Thanks to the high elasticity of its engine, it is also capable of leaving higher-category sports cars behind on intermediate sprints. There is no artificial limit to the vehement forward thrust of the new MINI John Cooper Works GP – even at higher speeds. The top speed is 265 km/h.

The spontaneous development of power and the unbridled revving of the engine are underscored by the emotionally striking sound production of the exhaust system, which was developed specifically for the model. The drive acoustics authentically express the outstanding performance characteristics of the new MINI John Cooper Works GP. When driving in a relaxed manner in the low engine speed range the car produces a restrained, sonorous sound. Under full load, spirited power development is supported by the low exhaust back pressure and accompanied by a sound that is inspired by motor racing. This acoustic accentuation of the car’s extremely sporty character additionally contributes to the performance experience for driver and passenger.

The straight pipe ducting of the exhaust system leads into a particularly large rear silencer with a specific interior design. From there, two tailpipes with matt brushed stainless steel trim and a diameter of 90 millimetres each branch off centrally into the rear apron. These also provide an authentic visual showcase for the purist character of the drive technology, which is geared towards maximum performance. One of the features which optimise the exhaust system’s emission response is a petrol engine particulate filter. Exhaust gas purification in the new MINI John Cooper Works GP complies with the Euro 6d-TEMP emission standard.

The high-performance engine of the new MINI John Cooper Works GP is positioned transversely at the front according to the hallmark brand principle. Adapted motor racing technology is also used to transfer the engine’s outstanding drive power to the front wheels. The new MINI John Cooper Works GP is fitted as standard with a model-specific 8-speed Steptronic transmission – complete with integrated differential lock and matched to the engine’s performance characteristics and high torque. The latest generation of the transmission features increased internal efficiency and an extended spread. The torque converter clutch, which is closed immediately after set-off, ensures a direct engine link and a spontaneous driving feel. A new transmission control system enables a particularly sporty shifting strategy. The acoustic comfort is optimised by a newly developed torsion damper. The 8-speed Steptronic transmission is operated via a model-specific electronic gear selector switch. Manual intervention in gear selection is also possible using the standard shift paddles on the steering wheel.

The model-specific connection of the engine, transmission and suspension along with an extremely rigid body structure ensure highly a spontaneous and precise response to steering manoeuvres and accelerator pedal movements. The particularly outstanding features include an engine mount specially developed for the new MINI John Cooper Works GP. The tight connection of the engine and transmission to the body optimises drive response.