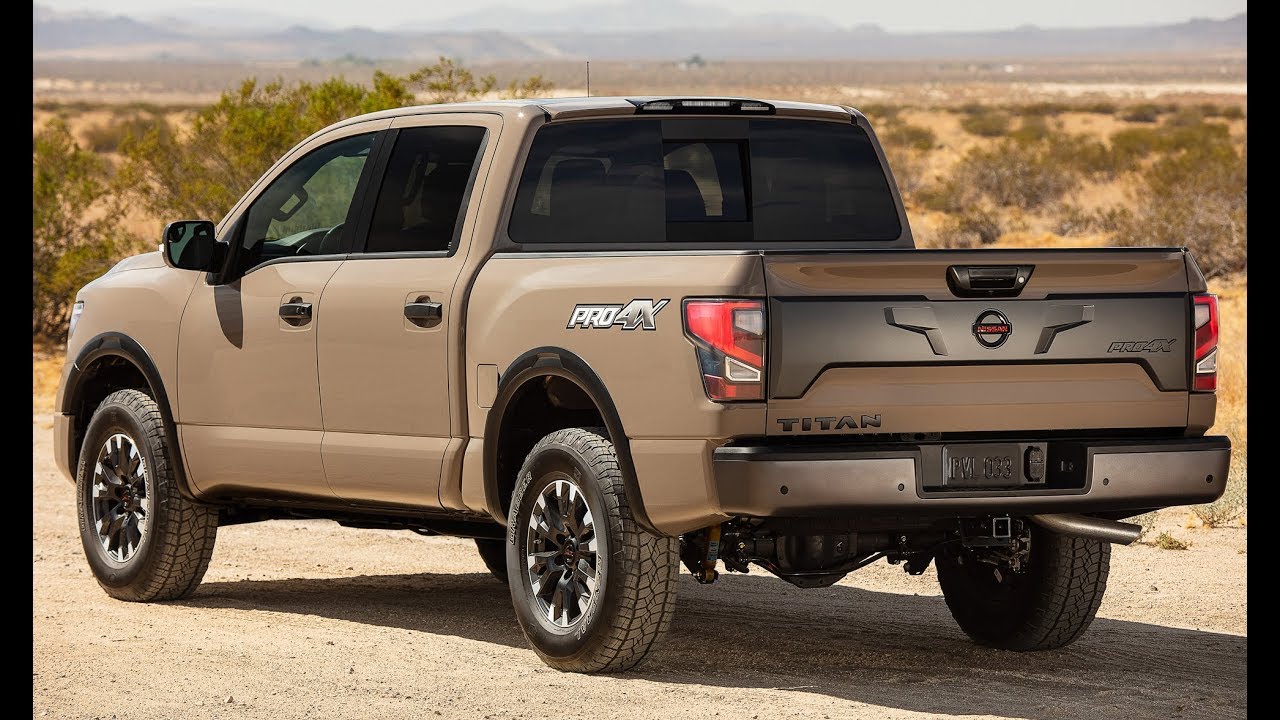 2020 Nissan Titan Ready to Fight America’s Top Pickup Trucks. Nissan continues to tinker with its full-size pickup formula. The latest manifestation of this is the 2020 Titan, which the Japanese company pulled the wraps off at the State Fair of Texas in Dallas, Tex.

Accompanying the Titan’s updated exterior and interior design are a handful of powertrain improvements. Notably, the truck’s standard 5.6-liter V8 engine now produces 400 horsepower and 413 pound-feet of torque – 10 more horses and 19 extra pound-feet of twist than before. The Titan’s newfound grunt makes its way to the wheels by way of a new nine-speed automatic transmission, which subs in for the previous seven-speed unit. A shorter 3.69:1 final-drive ratio replaces the prior 2.94:1 gearset.

Thanks to its mechanical updates, the latest Titan cuts almost a second off of its predecessor’s 50 to 70 miles per hour acceleration time, according to Nissan.

Meanwhile, a new “Off-Road Gauge” complements the Titan’s available four-wheel-drive system, low-range transfer case, electronic-locking rear end, and hill-descent control system (the latter of which is limited to the Pro-4X trim) to make it easier than ever to take Nissan’s full-size pickup off the beaten path. Using data from an accelerometer (as opposed to a gyroscope), the gauge displays the likes of the truck’s pitch and roll angles.

No doubt, the 2020 Titan is a major improvement over the prior model thanks to its design, tech, powertrain, and safety improvements. Still, only time will tell if the Titan’s updates attract enough buyers to put it in the same sales ranks as competitors such as the Chevrolet Silverado 1500, Ford F-150, and Ram 1500.
Source: Nissan