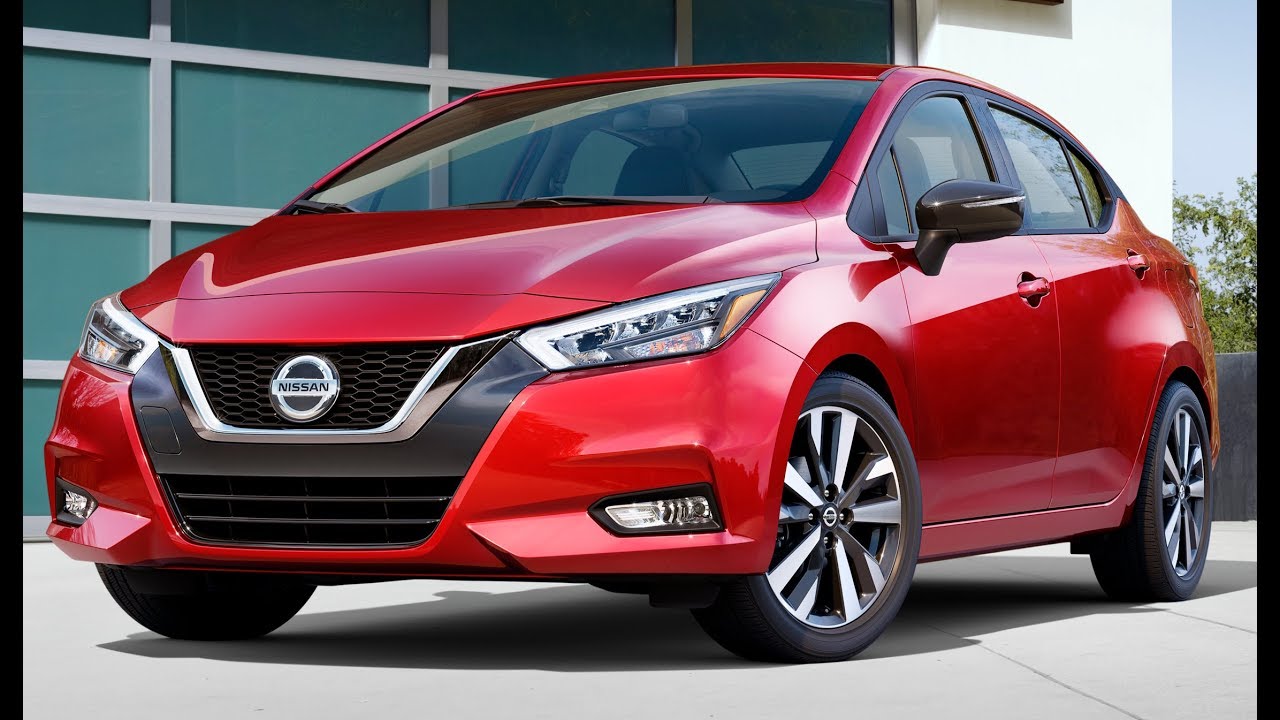 2020 Nissan Versa Exterior and Interior. The 2020 Nissan Versa broke cover today at the Rock The Ocean’s Tortuga Music Festival in South Florida. And much like we predicted, the third-generation Versa takes very strong cues from the new Altima.

While the current Versa sets a pretty low bar, the 2020 car looks substantially better and more modern from every angle. The new model retains the current car’s somewhat bulbous silhouette but pushes the sedan’s styling bit further with a new character line that runs across the doors and elevates the rear door handles. Nissan’s familial grille is prominently featured up front and is complemented by thinner and less rounded headlights. Meanwhile, the taillights also draw inspiration from the Altima, as does the floating c-pillar. Dropping the ride height by two inches makes the wheels appear to fill the wells better and makes for a sportier silhouette.

Inside is where the Versa most closely mimics its crossover Kicks sibling, as the small sedan borrows the same infotainment system and general dash layout. Standard now for Versa is a remote keyless entry (with push button start), as well as power windows. Sought after options such as heated seats and Apple CarPlay/Android Auto will cost extra, though we’re not sure how much extra.

Nissan is also elevating the Versa’s safety game with the addition of the brand’s Safety Shield 360 safety suite. That means the 2020 Versa comes standard with automatic emergency braking (both front and rear), a lane-departure warning system, and automatic high-beam headlights. Added tech such as a blind-spot monitoring system, rear cross-traffic alert, a driver-alert system, and adaptive cruise control are optional extras.

Those interested in the Versa’s powertrain should know that it adopts the Kicks’ 1.6-liter four-cylinder, which puts out 122 horsepower and 114 pound-feet. Modest power yes, but a bump up from the current model’s 109 horsepower. The engine is mated to either a five-speed manual or continuously variable transmission (CVT).

Pricing information is not yet available, though we should expect the new Versa’s starting price to stay close to the current model’s $12,360 figure.