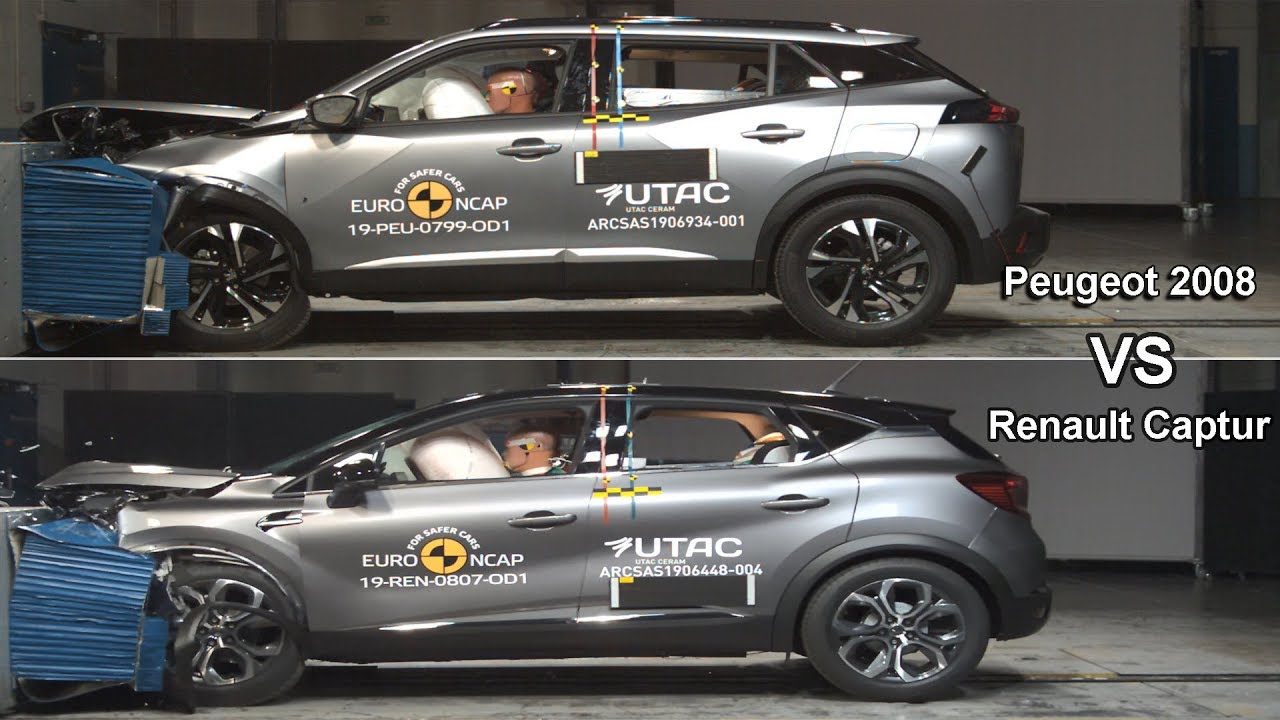 2020 Peugeot 2008 VS 2020 Renault Captur – CRASH TEST / French Car Safety. After the 208, it is the 2008 that must be satisfied with 4 stars in the Euro NCAP crash test. But this concerns the basic version, a better equipped model had 5 stars. The great rival Renault Captur had the highest mark directly.

Euro NCAP ends the year with fanfare, with the publication of thirteen new results. Among them, those of two French stars of 2020, the new Peugeot 2008 and Renault Captur. The urban crossover directly wins the rating of 5 stars. In particular, he obtained a good score for the protection of adults with 96%. Captur also had a good result for child protection at 83%. It then had 75% protection of vulnerable users on the road and 74% in safety equipment.

The big competitor is not doing as well. In its standard configuration, it only has four stars! This is not a surprise, because the 208 has already had this result. Does the 2008 protect less than Captur? Do not panic. The Peugeot is in fact penalized by its endowment. Its emergency braking on the basic version is content with a camera and it is necessary to go upmarket to have a more evolved and more effective version with radar. Moreover, Euro NCAP has evaluated a 2008 better equipped and it has had 5 stars.

Both versions have good scores in adult protection, with 91% for the base and 93% for the better equipped model. Note that in frontal impact, the protection of the torso was still considered average. In child protection, it’s the same, at 84%. The difference is necessarily on the part of vulnerable road users, that is to say pedestrians and cyclists: only 62% for the access model, 73% for the other. In equipment rating, it’s 68 and 73%. The score of four stars is not a drama.