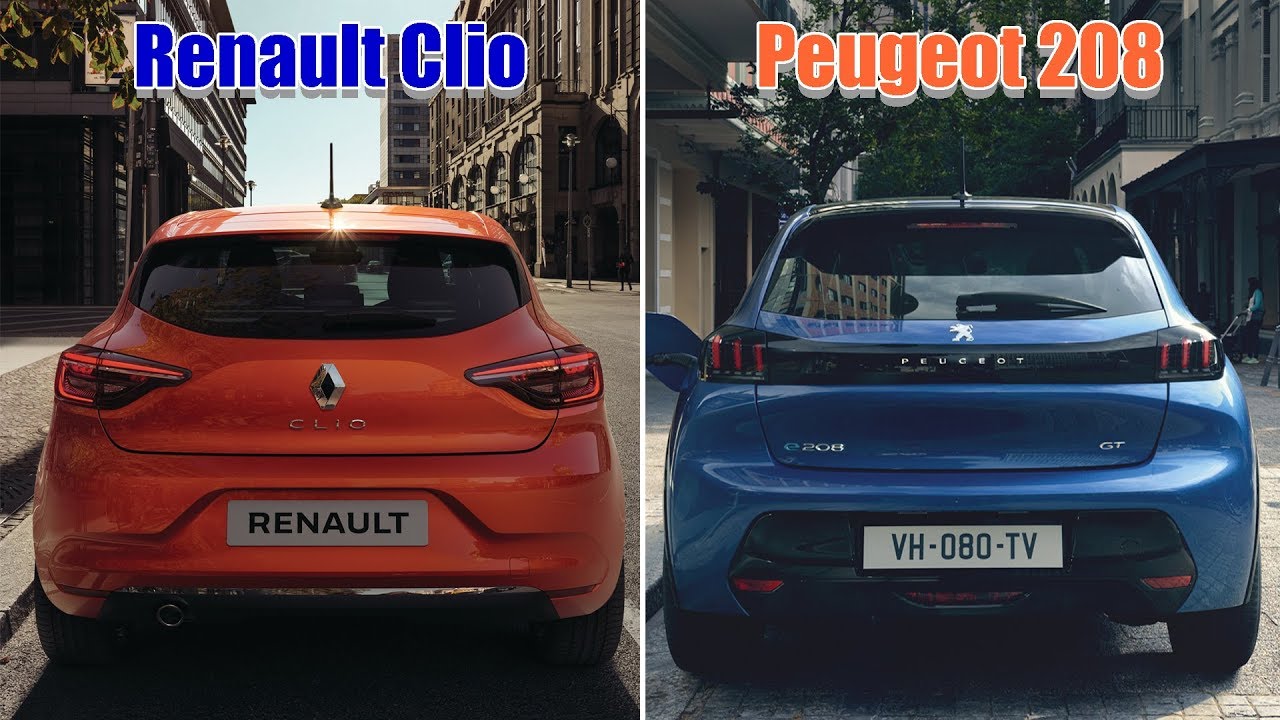 2020 Peugeot 208 vs 2020 Renault Clio – Two amazing small hatchback. 2020 Peugeot 208
The all-new Peugeot 208 is everything we expected it to be and more. The design is modern with surprising details everywhere you look and definite improvements in ergonomics and quality over the previous generation.

The 208 looks like a shrunken version of the big 508. But there’s a twist to it as well. For example, the headlights are bigger, matching the bubbly cuteness of its rivals. The main grille also goes all the way down, something borrowed from the older 208.

The taillights are joined by a shiny black band, making them look like the wrap around the car. All models get this bold piano black diffuser insert too, though only the GT Line seems to have visible exhaust pipes and a big spoiler over the trunk.

Inside, the 208 is an evolution of what we saw in the 508 and 3008 – small octagonal steering wheel, digital gages sitting on top of the dash, piano keys for some controls and a wrap-around dashboard. We appreciated seeing the faux carbon fiber trim and a large shelf for wirelessly charging mobile devices. Like Patrick, the star said, “We’re not Cavemen. We have technology.”

The engine lineup is pretty simple. You’ve got the 1.2 PureTech family and the 1.5 BlueHDi diesel with 100 HP. The base unit makes 75 HP, and we think it’s naturally aspirated, coming only with a 5-speed manual. The 100 HP unit is available with a 6-speed stick or an 8-speed auto, while the range-topping 130 HP model is auto-only. Gone is the 200 horsepower 1.6-liter of old.

But the real headline grabber is the so-called e-208, an all-electric model. Battery technology has come of age. Whereas the first Peugeot EV, the Mitsubishi-built iOn, had limited range despite bespoke construction, the e-208 manages to squeeze 50 kWh using basically the areas under all the seats.

2020 Renault Clio
Introduced in 1990 as Renault’s proposition for the European B-segment, the Clio has grown to become the carmaker’s flagship model, with 150 million units sold since. At the Geneva Motor Show, the fifth generation of the Clio was presented this week.

The 2020 Renault Clio will become available in Europe later this year.