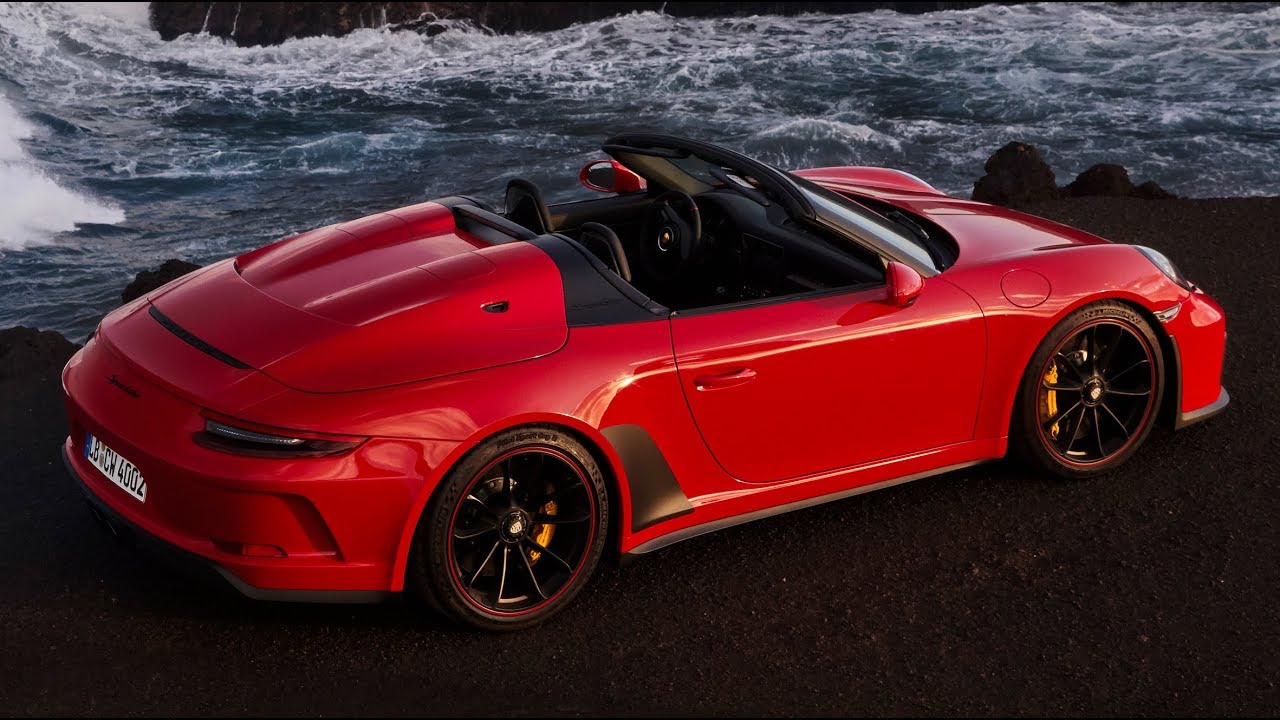 This model is based on the 911 Speedster concept car that the German automaker premiered in 2018 at the ceremony for the “70 Years of Porsche Sports Cars” anniversary in Zuffenhausen, Germany.

This two-seater convertible production model promises sporty performances on the road thanks to its four-liter, 510-horsepower, six-cylinder boxer engine and manual six-speed transmission. It boasts 0-100km/h acceleration in four seconds and a top speed of 310km/h.

In terms of design, this 911 Speedster pays homage to the first Porsche — the famous 356 “No. 1” Roadster from 1948. The limited edition of the new 911 Speedster is also reminiscent of this vehicle. According to Porsche, the 911 Speedster will notably stand out thanks to its aesthetically shaped convertible top compartment lid with double-bubble streamliners — the largest and most complex component to date that Porsche has used in a road model made of a single piece of carbon-fiber-reinforced plastic.

The Porsche 911 Speedster is now available to order. An optional Heritage Design package, created by Style Porsche and implemented by the Porsche Exclusive Manufaktur customization department, reinterprets the legendary design of models from the 1950s and 1960s, with features such as white paintwork on the front fascia and wings complementing the metallic silver body. It also has motorsport-style decals on the doors and hood, with owners able to choose their own start number (up to two digits)!