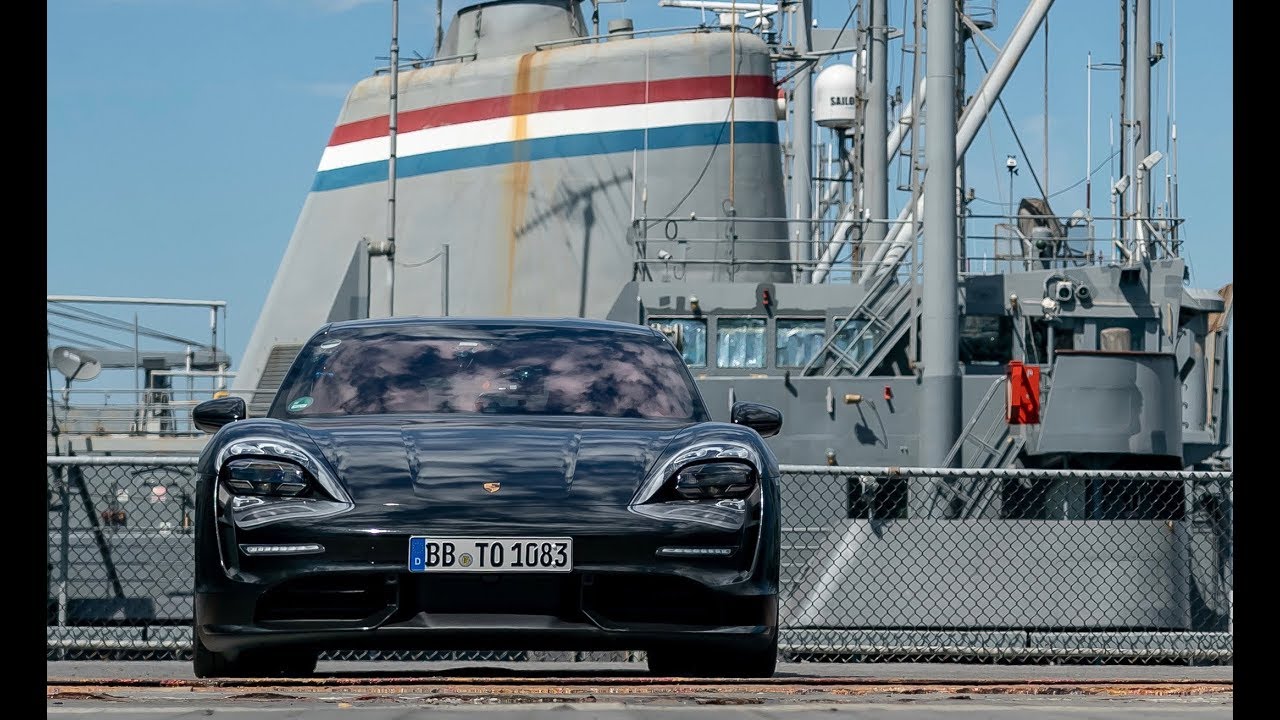 2020 Porsche Taycan – 0 90 0 mph in 10 17 Seconds On Aircraft Carrier. The Porsche Taycan, which will be revealed this week, has taken a detour as it nears the end of its development journey with a spectacular demonstration of its grip, stability and performance. A prototype of the first all-electric Porsche accelerated from a standstill to 90 mph and back within the confines of the flight deck of an aircraft carrier.

The USS Hornet is a gargantuan piece of engineering, displacing over 27,500 tons and with a flight deck measuring 869 feet in length. Beyond its extensive tour of duty, the USS Hornet has the distinction of being the ship used to recover the astronauts from the Apollo 11 and Apollo 12 missions to the moon – housing the quarantine facility used by Neil Armstrong, Buzz Aldrin and Michael Collins after splashdown.

Professional racer Shea Holbrook used the Taycan’s launch control systems and the car’s high performance carbon ceramic brakes to their maximum capacity, coming to a stop under 30 metres before the end of the flight deck.

Shea Holbrook: “The deck is a long, long way up and despite appearances it’s actually quite bumpy. Deliberately accelerating towards thin air and the ocean is a new experience for me, but the Taycan gave me a huge amount of confidence – it was really stable but under acceleration and, more importantly, under braking. I built up to the final run, slowly increasing the speed each time until I felt confident and each time the car felt completely comfortable in what it was being asked to do. What a rush! It was only when I looked back at the footage that it dawned on me what I’d just done.”

Despite the uneven deck surface, Shea and the Taycan accelerated to 90.58mph in just 422 feet before braking hard. The entire run took 10.17 seconds

Stefan Weckbach, Vice President Product Line, Taycan: “While this isn’t a usual metric we use to benchmark the performance of the Taycan, it’s quite a fitting way for a professional to demonstrate the power of the car as it nears the end of its development. On a tough, changeable surface the Taycan’s composure, its incredible acceleration and stopping power were so impressive. It goes without saying that this impressive run is strictly for pros like Shea.”

The Taycan will be revealed simultaneously on three continents on September 4th and marks a new era in electrification as the first fully electric sports car.