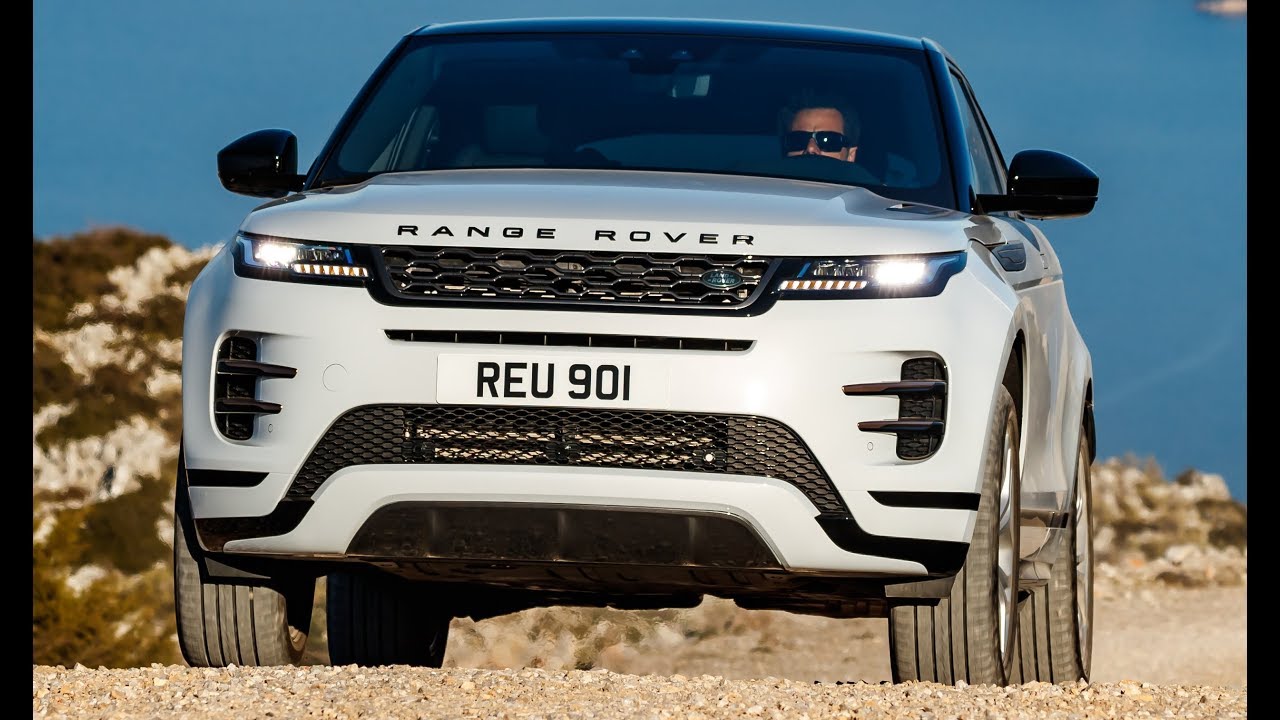 2020 Range Rover Evoque R-Dynamic S – Driving footage. The Range Rover Evoque was a new idea for Land Rover when it first came out ten years ago. Creating a compact, urban-oriented crossover SUV in the first place was a big deal for such a traditionalist company, and the Evoque has been a success for Land Rover, selling more than 772,000 units worldwide. Now Land Rover has introduced the second-generation Evoque for 2020, and it has applied everything it learned with the first edition to deliver a crossover for the next decade.

The Evoque remains the most affordable way to put yourself behind the wheel of a Range Rover, starting at $42,650 for the basic S trim with the 246-horsepower engine, and ranging up to $56,850 for the top First Edition model. With the 300-hp, mild hybrid version, pricing starts at $46,600 for the R-Dynamic S trim, and rises to $55,800 for the top R-Dynamic HSE trim. Altogether there are six different trims to choose from, and there’s a $995 destination fee to add to the aforementioned pricing figures.
Interior and exterior design

The new Evoque looks very much like the old Evoque. You won’t have any trouble recognizing the vehicle. Yet there are subtle differences that make it more aggressive and, simply put, sexier than the outgoing model. A sleek new front-end design inspired by the bigger Velar and larger 21-inch wheels make the new Evoque even more of an Evoque than the old one. Land Rover also gifted the new model with the flush door handles already seen on the Velar, which is a nice upgrade that boosts its curb appeal. Don’t look for the two-door model, though; it’s not coming back.

One standout feature is the truly panoramic sunroof. The optional glass roof covers the front and rear seats, and it’s great for letting the light in and creating the sense of great interior space.

As you would expect from a Range Rover, the interior is extremely comfortable and well-made. The seats are 16-way power-adjustable, with a configurable power lumbar support. The design of the dashboard and the door panels embodies the overall look stylists wanted to achieve: modern and pleasingly simple.

New, eco-friendly materials include Kvadrat, which is a Danish amalgam of a durable wool blend and Dinamica suede-like fabric made from recycled plastic bottles and a Eucalyptus fiber-based textile. To bolster its green credentials, Land Rover also made the effort of using up to 72.8 pounds of recycled and eco-friendly materials to build the Evoque.

The only gripe worth mentioning is the placement of the seat memory buttons. On the driver’s side, they were immediately adjacent to our left knee, and near our right knee on the passenger side. We had a tendency to hit the buttons with our knee when driving, causing the seat to spontaneously readjust itself. That was a little disconcerting.

On the plus side, the new platform that the Evoque is built on yields extra cargo space, which the model badly needed. It now offers 21.5 cubic feet behind the rear seats, and up to 50.5 cubic feet when you fold the rear seats down. A Range Rover ought to be useful as well as luxurious, and more space helps the Evoque live up to its name. Some of its rivals are more spacious, though. The Audi Q5 offers 26.8 and 60.4, respectively. Jaguar’s E-Pace has 24.2 cubic feet with five passengers on board and 52.7 with the rear seats folded flat.