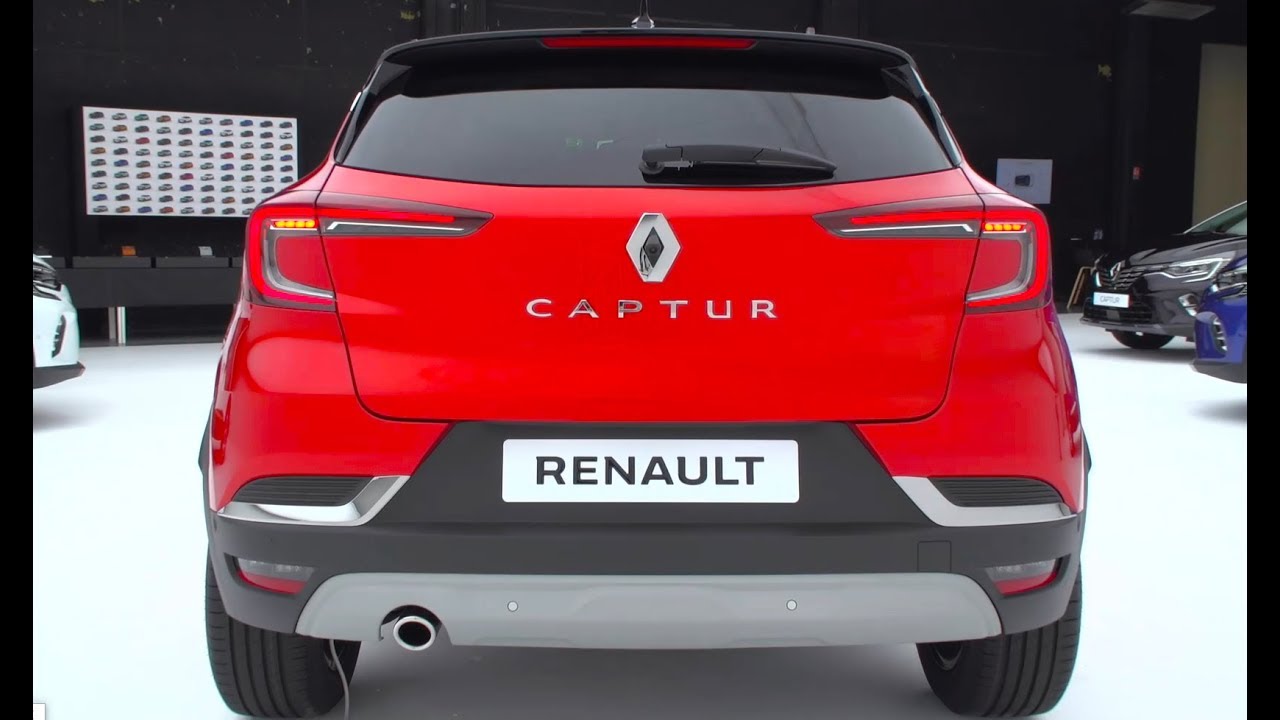 2020 Renault CAPTUR Exterior and Interior. Following a few spy photo sessions (and not even a single teaser image), the new Renault Captur debuts with slightly larger dimensions and a design inspired by the latest Clio supermini. Based on a new generation of the automaker’s CMF-B platform, the crossover has 85 percent new parts compared to its predecessor and is lighter, more aerodynamically-optimized, quitter, and more efficient.

The new Captur is 4.33 inches (11 cm) longer than the outgoing model, which results in 0.78 inches (2 cm) longer wheelbase. Depending on the trim level, it will ride on up to 18-inch wheels and will feature full-LED lights both at the front and the back. At launch, a total of 11 exterior colors, 4 contrasting roof colors, and 3 customization packages will be available, resulting in 90 possible color schemes – something Renault says is unique in this segment.

The crossover retains its C-shaped LED DLRs at the front which nicely correspond with the sculptured bumper. The taillights feature a similar shape and give the Captur a distinctive look together with the chrome stripes on the rear side panels. Optionally, Renault will offer roof bars or a semi-glazed opening sunroof.

If you’ve already seen the new Clio, the interior of the Captur won’t be much of a surprise. The dashboard is dominated by a large vertical screen and just below it, there’s a bunch of buttons controlling different functions. One major difference between the two is the so-called “flying console” – the area where the gear lever is positioned is elevated for improved ergonomy and to free up some storage space. Customers will be able to opt for a wireless inductive charging system for that space.

The new Captur’s boot will swallow up to 18.92 cubic feet (536 liters), for which the automaker says is a class-leading number. Additionally, 0.95 cu-ft (27 liters) of storage space can be found in different interior niches. The optional Bose audio system brings an extra subwoofer to the luggage compartment but it’s fully integrated into the right-hand side, without reducing the volume.

In terms of powertrains, the 2020 Captur will be available with 1.0- and 1.3-liter gasoline engines with power ranging from 100 to 155 horsepower (74 to 115 kilowatts). Diesel fans will be offered a 1.5-liter dCi unit in 95-hp (71-kW) and 115-hp (85-kW) flavors. Depending on the engine choice, five- and six-speed manual gearboxes will be available, as well as a seven-speed dual-clutch automatic.

More importantly, from 2020, the new Captur will also get a plug-in hybrid powertrain with up to 28 miles (45 kilometers) of purely electric range in mixed use. The so-called E-Tech mill features over 150 new patents from the French manufacturer and should become the segment’s first such offering when it debuts early next year.