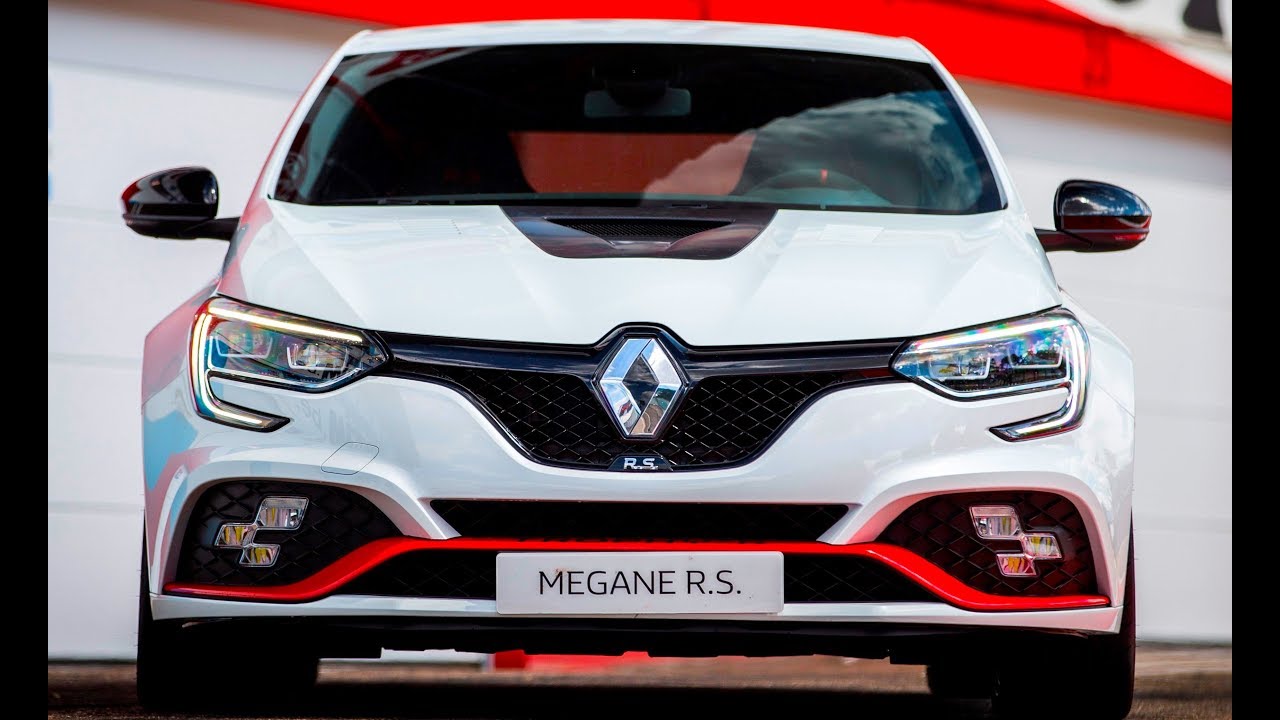 2020 Renault MÉGANE R.S TROPHY-R – Hardcore Hot Hatch !!!. Renault has revealed more details about its new hardcore hot hatchback, the Megane RS Trophy-R. While it offers the same 296bhp as the RS Trophy, the Renault Megane RS Trophy-R is 130kg lighter. You’ll be able to order one in August, with UK deliveries set to start in October. Only 30 out of the 500 examples to be produced will be sold in the UK, and the price is expected to be as much as £48,000 to reflect its exclusivity.

Instead of giving the Megane RS even more power, Renault has chosen to strip it out. It’s the car’s light weight and dynamic changes that have allowed it to take the Nurburgring lap record for a front-wheel-drive production car. The lap time of 7:40.100 set by the Renault is almost three seconds quicker than the previous record set by the Honda Civic Type R.

Performance has been improved in part by shaving 130kg from the car’s weight. The bonnet is made from a mix of fibreglass and carbon fibre, the new diffuser is formed from carbon fibre, and you can choose lightweight carbon wheels. An Akrapovic titanium exhaust and an exclusive rear axle help with the weight loss, but it’s the smaller details that show how thorough Renault has been with the Megane’s diet.

Examples of the attention to detail include a hollow Renault badge, the deletion of the rear windscreen wiper, thinner glass, sealed rear windows and the option to replace the fog lights with air intakes, all in the name of shaving a few extra pounds from the weight of the car. Inside, the Renault Megane RS Trophy-R also gets lighter Sabelt sports seats trimmed in Alcantara suede fabric and the smaller seven-inch touchscreen, as it’s slightly lighter than the 8.7-inch version. The most obvious difference inside the car, however, is the removal of the rear seats.

Renault has fitted the car with a six-speed manual gearbox to save weight, although keen drivers may prefer it to the automatic gearbox in the standard Megane RS. For the same reason, the new axle doesn’t have the four-wheel-steering system of the standard car. It’ll still be great to drive, as Renault has included adjustable Ohlins suspension, Brembo brakes, a Torsen limited-slip differential and stickier Bridgestone tyres. You can specify carbon-ceramic brakes and a six-point racing harness instead of normal seat belts.

The suspension has been completely redesigned and the aerodynamics have been improved so, along with the weight reduction, the car is faster despite having the same power as the Megane RS Trophy. The 0-62mph time is down to 5.4 seconds, the top speed is 163mph and from a standstill it’ll cover a kilometre in just 24.5 seconds. Renault claims 35.3mpg on the old NEDC cycle, so you’re unlikely to see above 30mpg in real-world driving – especially if you make the most of the engine and the new upgrades.

The RS Trophy-R is the third performance variant of the Megane, joining the RS 280 and the RS Trophy models in the range.