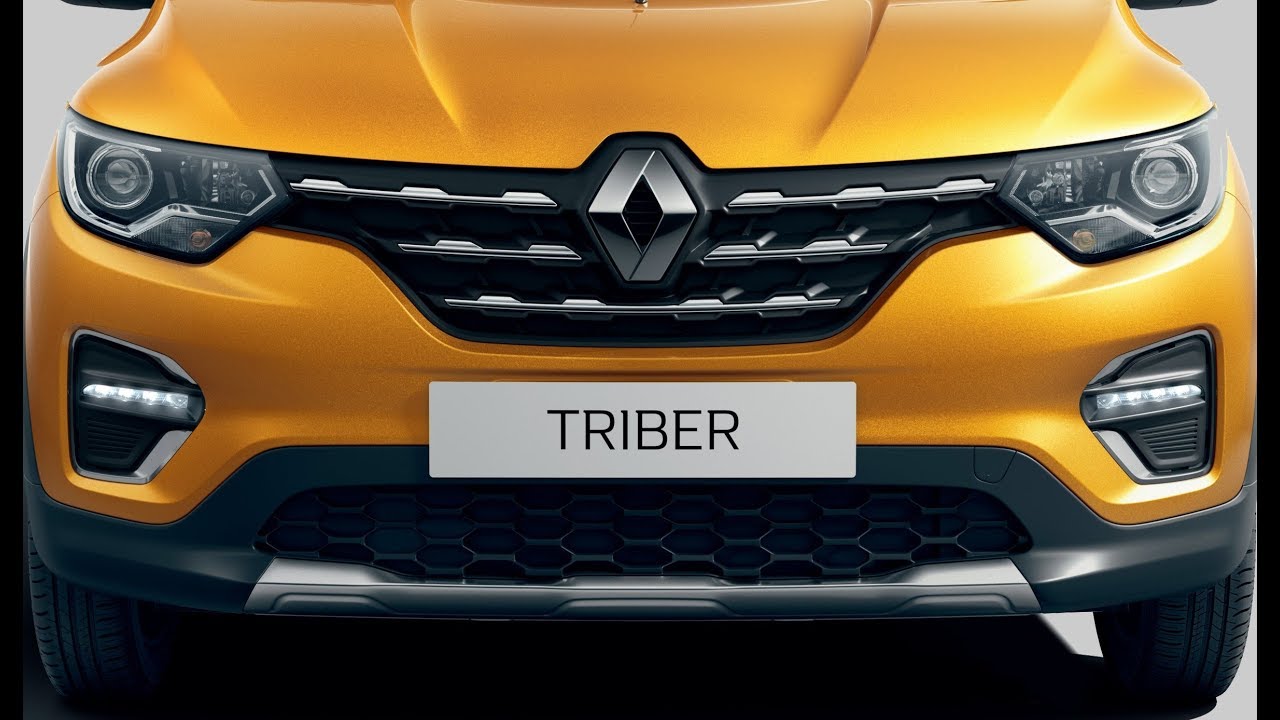 2020 Renault Triber Seven Seat SUV Exclusively For India. Underlining the importance of India for Renault, the brand has just unveiled a brand new SUV offering designed and produced exclusively for the local market. It’s called the Triber and is joining the already successful crossovers of the marque on the Indian market – the Kwid, Duster, and Captur. The compact vehicle can accommodate up to seven passengers and offers “the largest boot capacity of its category in a five-seat configuration.”

On the outside, the Triber looks like an extended version of the Kwid with some striking similarities to the Ford EcoSport at the back. The front end is more sophisticated and incorporates a prominent radiator grille dominated by a large Renault logo and flanked by sweptback headlights with projector lenses. Just below the lamps, the bumper features thin LED strips acting as daytime running lights.

The interior is relatively minimalistic but has a large display with Android Auto compatibility on the center console that’s likely going to be available for the more expensive versions. The center console is also home to the HVAC controls, as well as the engine start/stop button. Below that, there’s a large storage compartment with a USB/AUX hub. One of the most interesting features is the three-position switch positioned behind the parking brake which controls the power of the HVAC system for the second row of seats.

The sole engine option for the Triber will be a 1.0-liter gasoline motor with 72 horsepower (54 kilowatts) and 71 pound-feet (96 Newton-meters) of torque. It’s definitely not an exciting powertrain but Renault says it “addresses the real needs of India users.” As standard, it will be mated to a five-speed manual gearbox, while optionally available will be an automated semi-automatic gearbox.

Renault says the new Triber has no direct competitors in India and should help the automaker double its annual sales in the country to 200,000 units over the next three years. No prices are available at the moment but Renault promises the model will be positioned competitively when it arrives at showrooms in the second half of 2019. Production will take place at the French brand’s Chennai plant.

“India is a key market for Groupe Renault,” Thierry Bolloré, CEO of Groupe Renault, comments. “We are still young to India, yet our ambitions are high in line with our ‘Drive the Future’ strategic plan: we aim at doubling our sales by 2022. For that reason, we are bringing Renault Triber, another breakthrough concept, targeted for Indian’s core market. Renault Triber was conceived, developed, and produced in India, for Indian customers first, before we take it to the world. It is a real game-changer.