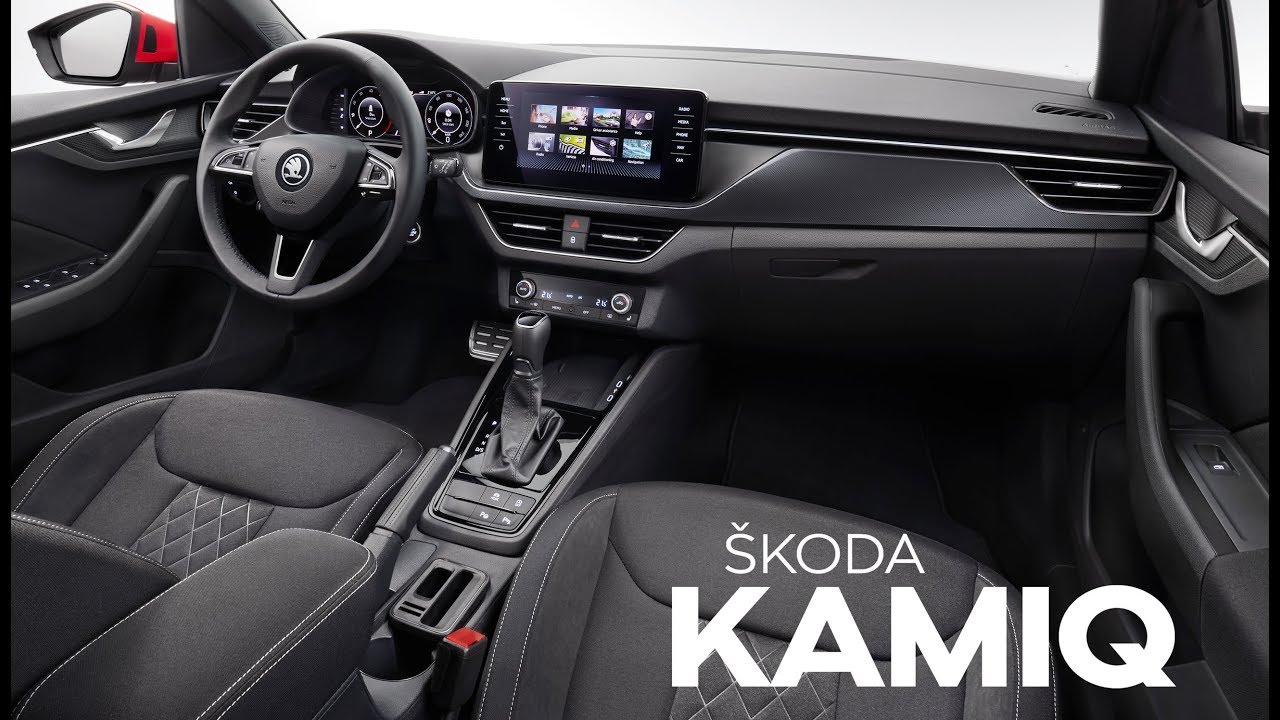 2020 Skoda Kamiq – INTERIOR. After a rather lengthy teaser campaign, the Skoda Kamiq is finally here. Not to be confused with the namesake model introduced last year in China, this is a far more upscale product tailored to the European market. It looks substantially different than the larger Karoq and Kodiaq to better target a younger audience, much like the heavily related Volkswagen T-Cross is funkier than a Tiguan, for example.

It’s as sharp as its bigger brothers, but the headlight arrangement has changed since those slim upper clusters serve as the daytime running lights and double as the turn signals. The cluster below is actually the main headlight, so it’s effectively a reversed configuration compared to the Karoq and Kodiaq. At the back, the sleek taillights feature sequential turn signals making their debut on a production Skoda to lend the Kamiq an upscale appearance.

While the teaser images depicted some massive alloy wheels as with just about every other design sketch in the automotive industry, the biggest set available measures only 18 inches. The crossover stretches at 4.24 meters (166.9 inches) in length and offers 400 liters (14.1 cubic feet) of cargo volume with the rear seats in place and a generous 1,395 liters (49.2 cubic feet) once you fold the bench. Skoda praises the cabin’s roominess, mentioning there are 77 centimeters (30 inches) between the back of the rear bench and the back of the front seats.

There’s not much to say about the interior since it’s largely inherited from the Scala compact hatchback. We should mention upper-spec models can be equipped with an entirely digital 10.25-inch digital instrument cluster, while the touchscreen for the infotainment system measures 6.5, 8 or 9.2 inches. Safety systems are plentiful, with lane keeping assist, adaptive cruise control, and automatic emergency braking on the list.

Power comes from the usual VAG suspects, kicking off with a turbocharged three-cylinder 1.0-liter gasoline engine developing 115 hp or a larger four-cylinder 1.5-liter rated at 150 hp. You can also get a 1.6-liter diesel with 115 hp and even a powertrain that runs on compressed natural gas (CNG). At an additional cost, Skoda will be more than happy to throw in an optional DSG if you don’t want to be bothered with changing gears yourself. Not that many people will care, but the Kamiq is going to be offered exclusively with front-wheel drive, so AWD fans will have to look elsewhere, such as at Opel’s Mokka X.

The Skoda Kamiq in European specification will celebrate its public debut next week at the 2019 Geneva Motor Show before going on sale later this year.