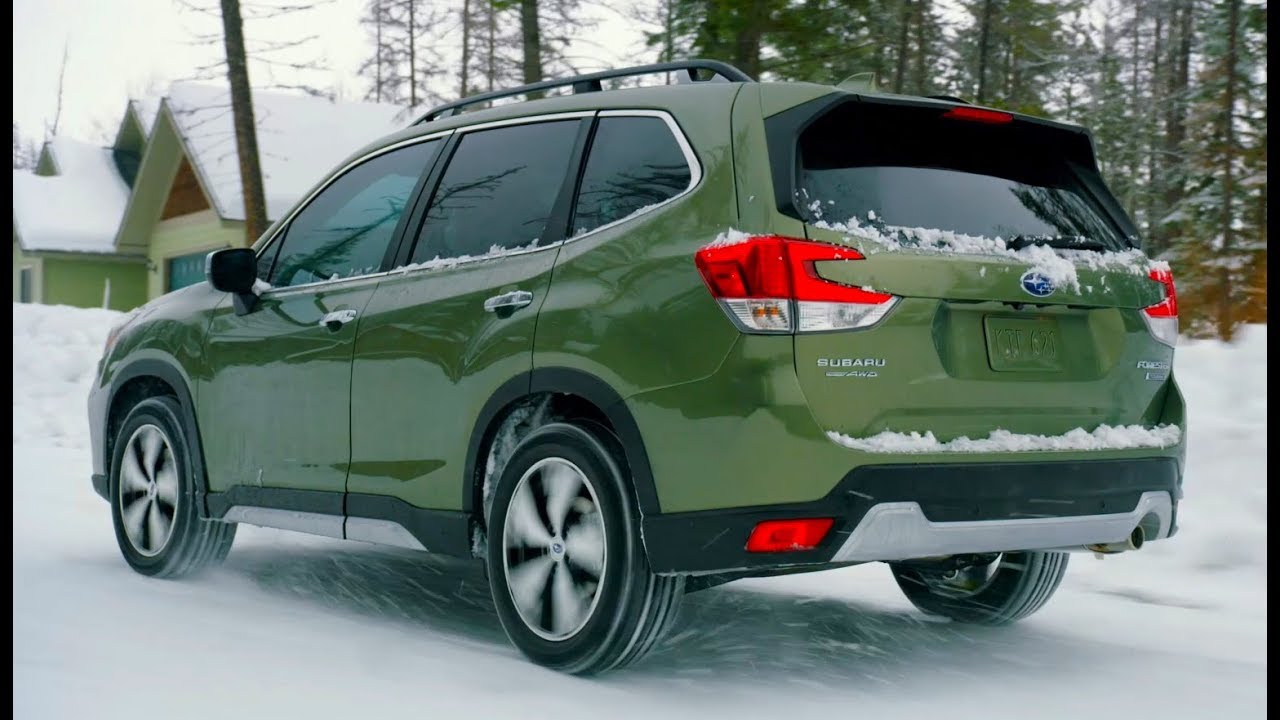 2020 Subaru Forester Touring – Running on Snow. Having debuted for the 2019 model year, the fifth-generation Subaru Forester is obviously not going through any major changes for the 2020MY. That being said, there are some modifications across the lineup we’d like to bring to your attention. For starters, there’s now a better Subaru EyeSight Driver Assist Technology standard on all trim levels with a Lane Centering function and new Lane Departure Prevention.

In addition, all flavors of the compact Subie SUV include the Rear Seat Reminder, which will alert the driver before exiting the vehicle to check out the back seat to prevent child and/or pet entrapment. Subaru is also installing a new tire pressure monitoring system with a feature known as “automatic individual wheel I.D. registration.”

As far as pricing is concerned, the entry-level Forester is now $200 more expensive than before, meaning that it starts at $24,495. Step up to the Forester Premium and you’ll have to pay $27,395 or $700 more than the previous year. That’s because with the Premium trim, you now get the All-Weather Package as standard, so you won’t have to pay extra (well, you still are) for heated front seats, heated mirrors, and the windshield deicer.

Subaru has increased the starting price of the Forester Sport by $200 for the 2020MY, while the upper-spec Limited and the range-topping Touring now cost $300 more than before, at $31,095 and $34,595, respectively. The flagship trim now has LEDs in the cargo area, dome lights and for the tailgate light.

The switch to the new model year also brings a minor price bump for the destination charge as instead of $975, customers will have to pay $1,010. If you live in Alaska, Subaru says the destination and delivery fees amount to $1,160.