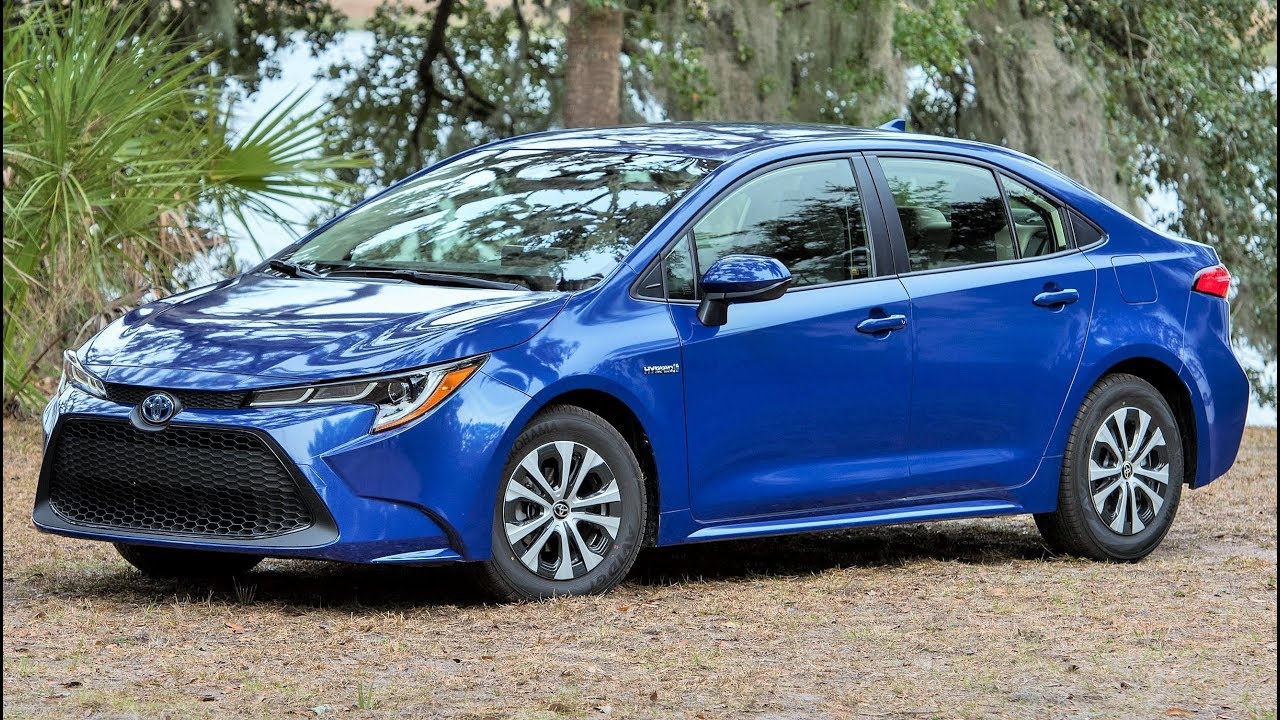 The hybrid powertrain and battery were a natural fit for the new Corolla because of the Toyota New Global Architecture (TNGA) platform. There’s no compromise in cabin roominess, for example, when choosing the Corolla Hybrid versus a gas model.

The nickel-metal hydride (Ni-MH) battery pack’s smaller size and flatter shape allow it to be packaged under the rear seat, rather than taking up trunk space, and also allowing a 60/40 split folding rear seatback to expand cargo capacity. The battery location also contributes to the vehicle’s lower center of gravity, a boon to agility.

The other half of the Hybrid Synergy Drive team, the gas engine, is no less impressive than the electric side. The 2ZR-FXE 1.8-liter inline four-cylinder engine was designed specifically for a hybrid application. The long-stroke configuration employs the Atkinson cycle, which uses a very high compression ratio (13.0:1) along with a shorter intake stroke and longer expansion stroke than the Otto cycle. The Atkinson cycle extracts more energy from the fuel, and the electric motors compensate for reduced low-end power (versus the Otto cycle).

Friction created by the piston skirts, rotating parts and oil pump is reduced, and an electric water pump eliminates the parasitic losses with a conventional belt-driven pump. Toyota sought efficiency gains in every system. The highly-efficient air conditioning system, for example, uses S-FLOW control, which automatically optimizes airflow throughout the cabin according to the temperature setting, actual cabin and outside temperatures, sunlight intensity, and occupied seats.

Getting the engine up to operating temperature quickly is critical to conserving fuel and reducing emissions at start-up. In the Corolla Hybrid, an exhaust heat recirculation system speeds up engine coolant warm-up. That in turn allows the hybrid system to stop the gas engine earlier and more often in the driving cycle when it’s not needed, such as in low-power-demand city driving conditions.

The Corolla Hybrid’s linear acceleration response may take some by surprise. When pulling away, the battery provides a subtle power boost in order to put less strain on the engine and eliminate the “rubber band” effect experienced with some hybrids.

Corolla Hybrid has EV mode, which allows the vehicle to be operated as a pure electric vehicle for short distances, depending upon certain conditions, such as battery charge level. This mode is useful for operating the vehicle in parking lots or indoor parking garages, for example. The Vehicle Proximity Notification feature alerts pedestrians of the vehicle’s presence when running in battery mode.

Along with the expected NORMAL and ECO drive modes, a SPORT drive mode setting allows for an increase in power for stronger acceleration response when desired.