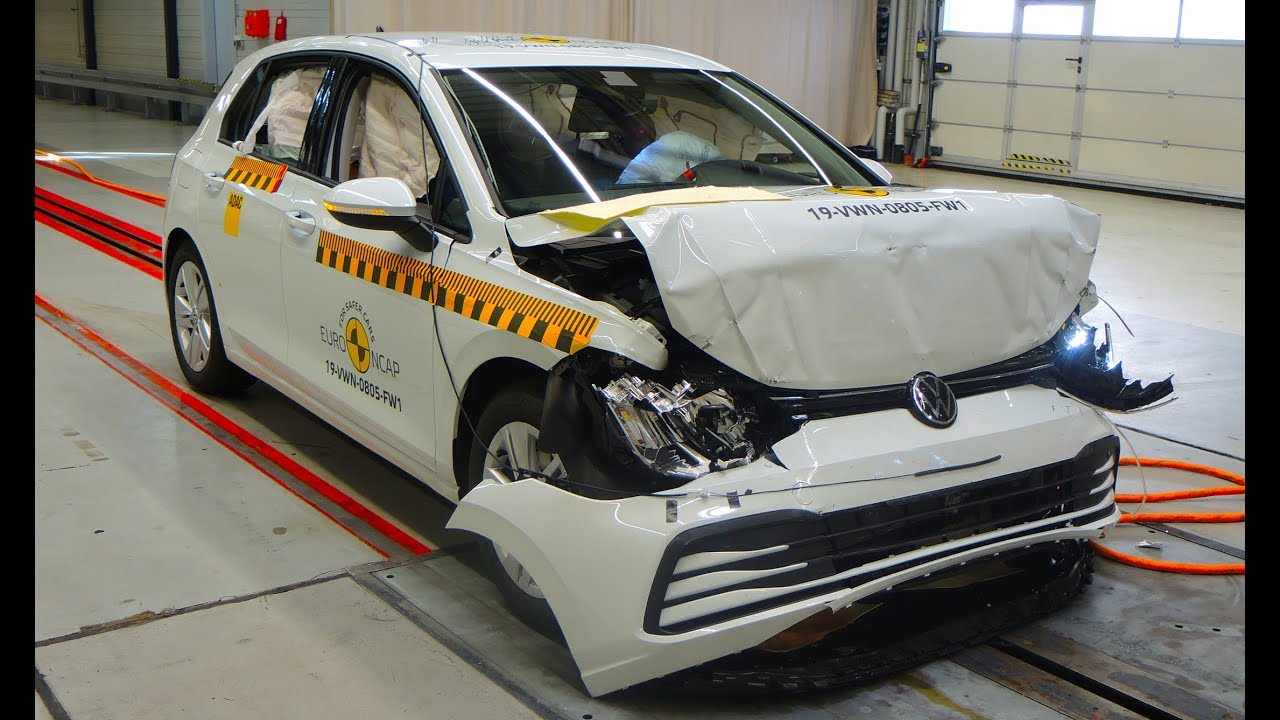 2020 Volkswagen Golf 8 – CRASH TEST. Launched in 1974, the Volkswagen Golf nameplate has become synonymous with the best, or at least the most popular compact hatchback on the planet.

Its eighth generation was recently unveiled and despite looking like a mild facelift of its predecessor and using the same platform it will probably be a home run for Volkswagen regarding sales.

A slight dent in its future success might come from the latest Euro NCAP crash test results, where the 2020 VW Golf VIII received 5 stars despite not faring so well in the side-impact test.

Just like the latest Sharan, which was also tested by Euro NCAP back in November, the Golf VIII suffered a door opening when the car was crashed into from the side. “Door openings during crash are penalised in Euro NCAP since the start as they represent a critical ejection risk to occupants. Door openings are rare nowadays and it is important that VW is committed to finding the root cause.” said Michiel van Ratingen, secretary-general of the Euro NCAP organization.

That said, the new Golf was awarded the maximum 5 stars following the crash tests, so it seems that a door opening during a crash is not really such a big deal for Euro NCAP after all.

What is a big deal now is the AEB (Automatic Emergency Braking) system, which can drastically penalize a car tested if it’s not offered as standard. So it happens that the facelifted Volkswagen Up! and its twins the SEAT Mii and Skoda Citigo lose two stars compared to their previous 5 stars achieved by each back in 2011.

Ten new cars were crash-tested in what was probably the last batch of results from 2019, with six models receiving the top 5-star mark. Apart from the three aforementioned VAG superminis, the Chinese Aiways U5 electric crossover was the only car to receive 3 stars. Euro NCAP choose to penalize the model for problems during the side pole impact and pedestrian and cyclist functionality of its AEB system