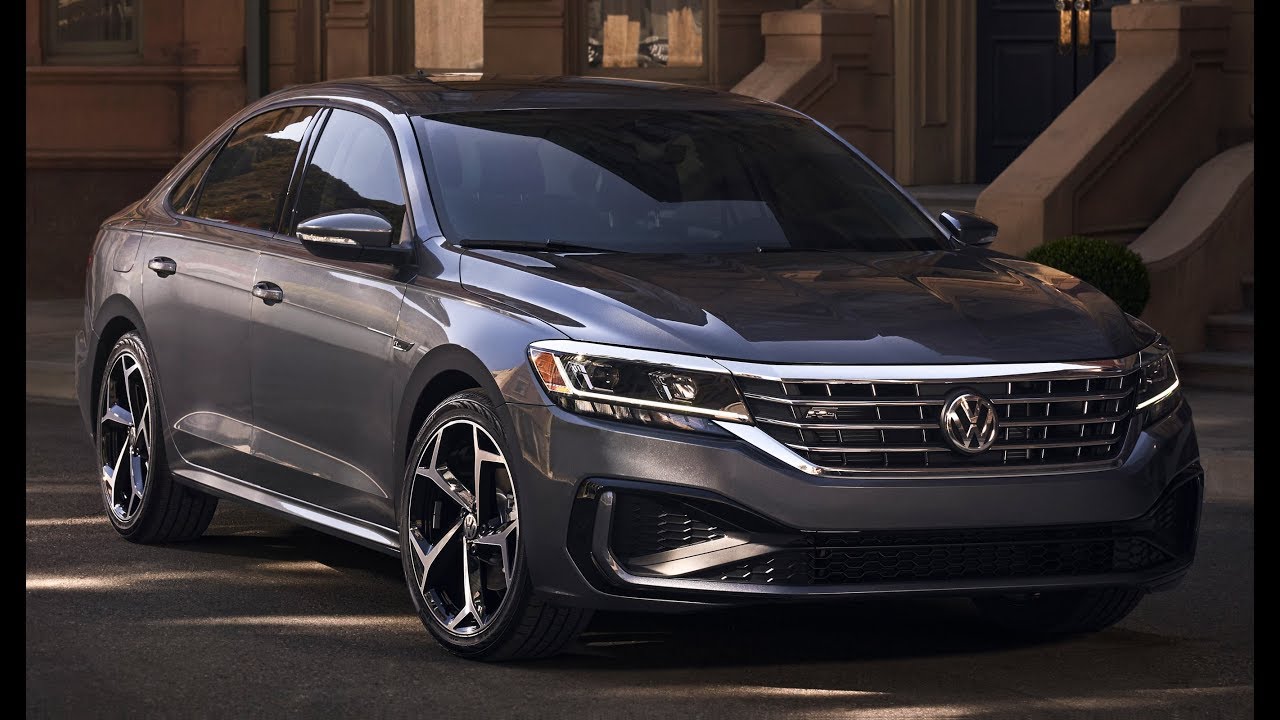 2020 Volkswagen Passat – Design, Interior and Drive. The sedan segment is shrinking annually in the United States, but Volkswagen still firmly believes in it. The German firm traveled to the 2019 Detroit Auto Show to demonstrate its commitment to the segment by unveiling the redesigned 2020 Passat. It was once again designed in America, for Americans.

Previewed in late 2018 by teaser sketches, the 2020 Passat boasts a bolder front end characterized by a five-slat grille that stretches into a pair of angular headlights. Designers added more rake to the roof line to give the model a sportier appearance; it’s also proof that the aesthetic updates go far beyond a simple nip-and-tuck. Walk around the back and you’ll notice sharper-looking lights. The 2020 Passat isn’t a brand-new model — it’s still based on the platform that has underpinned the current model since 2011 — but Volkswagen noted that every body panel with the exception of the roof is new.

Power comes from a turbocharged, 2.0-liter four-cylinder engine rated at 174 horsepower and 207 pound-feet of torque. The turbo four spins the front wheels through a six-speed automatic transmission. Fuel economy and performance specifications will be released in the coming months.

Volkswagen won’t offer a manual transmission, unsurprisingly. The V6 won’t be available at launch, but Autoblog learned a model with more power, in the vein of the Passat GT, could appear a little bit later in the production run. Your guess is as good as ours when it comes to what will be under the hood. Volkswagen has the six in its stable, but it also has access to a number of high-performance, turbocharged four-cylinder engines like the 300-horsepower unit that powers the Golf R.

Made in Chattanooga, Tennessee, the 2020 Volkswagen Passat will arrive in showrooms in the summer of 2019. Pricing information will be released closer to its on-sale date. To add context, the 2019 model currently on sale carries a base price of $25,295. At launch, the lineup will include four trim levels and a special model named Limited. All variants will come with a six-year, 72,000-mile warranty that can be transferred to subsequent owners.