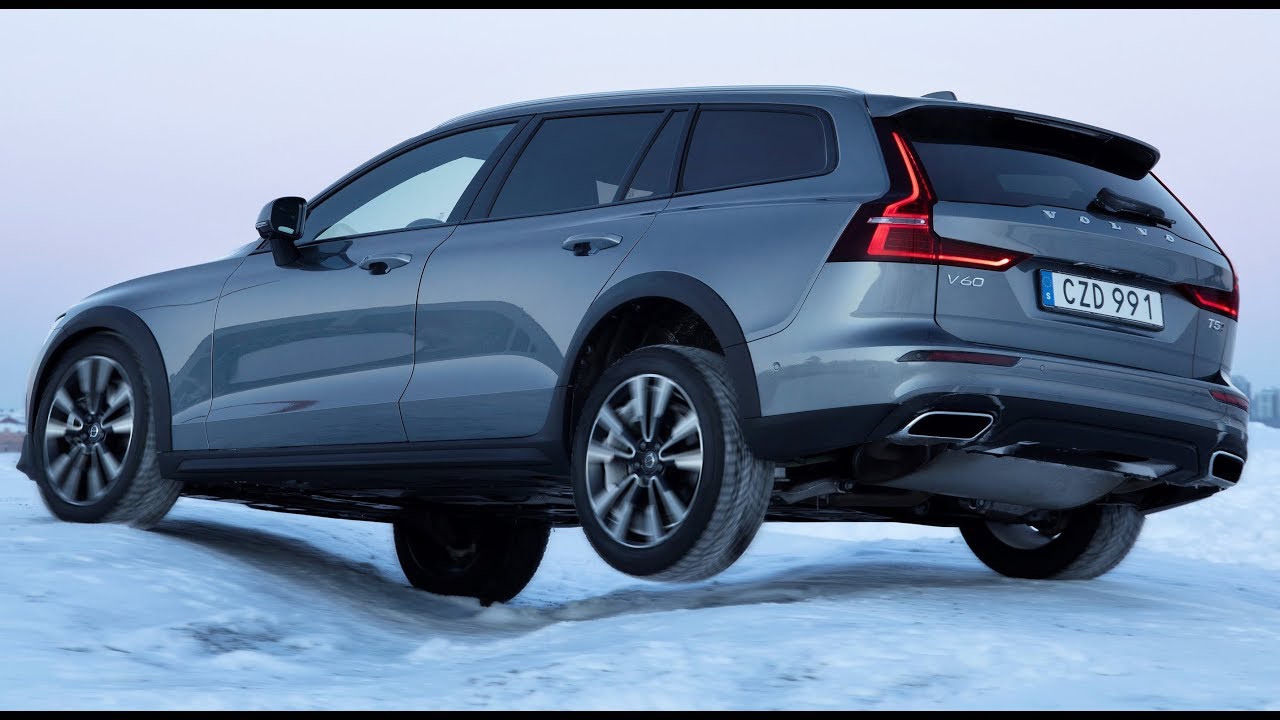 2020 Volvo V60 Cross Country –Test on Snow. The Swedish-assembled V60 Cross Country is only available with Volvo’s T5 powertrain, a 250-hp, 258 lb-ft turbocharged four-cylinder that mates to an eight-speed automatic and drives all four wheels as standard. This setup is familiar from most of Volvo’s other offerings, although many of those models also allow one to upgrade to the super- and turbocharged T6 or plug-in-hybrid T8. The standard V60 has the T6 on its menu.

As is typical with Volvo’s Cross Country wagons, the V60 version rides higher than its regular sibling, by 2.4 inches in this case. It also gains protective and SUV-aping cladding, plus a few off-road-friendly features like hill-descent control and a softer suspension tune. Volvo’s typical Momentum and Inscription trims are gone; this one is offered in just one spec.

The Cross Country’s interior is all but identical to those of the S60 and V60, diverging only in the adoption of some unique accent pieces in the Cross Country. The seats are fantastically comfortable, as we’ve long come to expect from Volvo, and the giant, portrait-orientation Sensus touchscreen looks pretty. Start fiddling, however, and you might notice it’s a touch too slow to respond, and that the labels on the “buttons” can be a bit hard to read.

As with all modern Volvos, the Thor’s hammer light signatures serve as a trademark up front, and the exterior design is overwhelmingly Scandinavian and nicely tailored. If you like the XC90, S60, or any of the other Volvo cars launched since 2016, you’ll like this one. Exact options, packages, and pricing for the U.S. are to be determined, but expect the Cross Country to start somewhere in the low to mid $40K range.