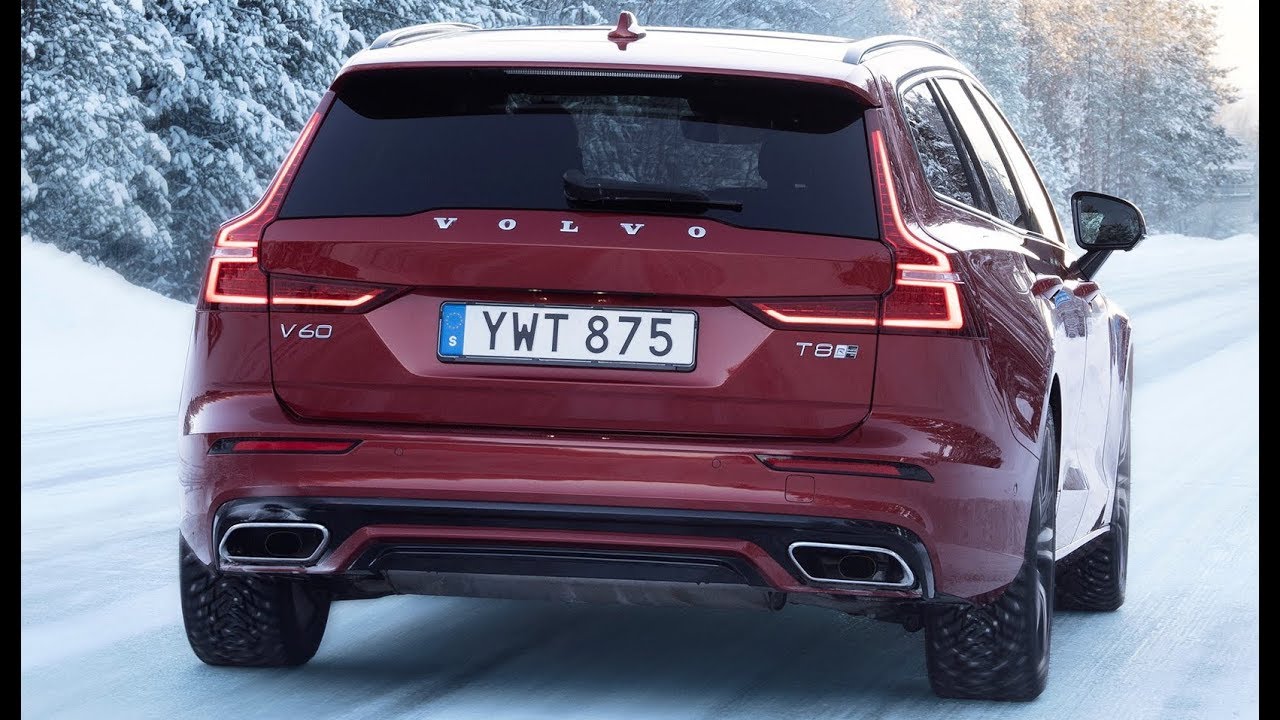 2020 Volvo V60 T8 Twin Engine R-Design – Test on Snow. The T8 Twin-Engine gives the driver access to 400 horsepower — 313 hp come from the supercharged and turbocharged 2.0L four-cylinder engine. The supercharger brings a faster launch while the turbocharger bolsters the mid-range. The rear electric motor then kicks in with another 87 hp and instant-on torque. When driven normally it’s hard to tell if it’s the gas, electric or both sources that are doing the work, as the powertrain ebbs and flows so smoothly between the different driving modes, a big plus in my books. Only when you really give the throttle a heavy workout does the engine begin to make any real noise.

The electric motor gets its juice from a larger 10.4-kilowatt/hour lithium-ion battery that sits in the central tunnel. The increased capacity promises an electric-only driving range of up to 50 kilometres and a charge time using a 220-volt outlet of around 2.5 hours.

The layout puts the engine and eight-speed automatic transmission with the Integrated Starter Generator sandwiched between the two up front. The rear wheels are powered exclusively by the electric motor. The combination gives the T8 an all-wheel-drive extension and a potent run to 100 kilometres an hour of 4.9 seconds, which is two seconds faster than the T5 Cross Country wagon.

The cabin follows this alluring lead. It is wrapped in very classy materials and it has two exceptional front seats that provide great lateral support without feeling confining even when wearing an oversized parka. The tech stuff comes in the form of a 12.3-inch reconfigurable instrumentation panel, a head-up display and the nine-inch Sensus infotainment system with navigation. The latter is quick to react with a faster processor that the current version and it supports Apple CarPlay, Android Auto and, on the R-Design test cars, a solid Bowers and Wilkins Premium sound system.

Slide rearward and the seat accommodates two adults comfortable while leaving 658 litres of space for cargo. Dropping the seats sees the space max out at 1,441 L.

Naturally, the V60 arrives with all the right safety kit, including City Safety with cyclist, pedestrian and animal recognition and auto brake intervention along with Run-off Road Mitigation, which keeps the car centred in its lane. My only issue is that the Canadian T8 Inspiration will put blind spot monitoring in a package, which makes no sense.

The V60 T8 Inscription’s final pricing will be announced closer to its third-quarter launch this year.